While internet video-sharing sites like YouTube continue to be dominated by a sea of pop music videos and a vast assortment of odd people recording themselves doing even odder things, they are also becoming home to a large number of videos emerging from the political hot spots of the Islamic world, including Chechnya. The impact of this new technology was displayed in a video clip of a May 2006 speech by the late Chechen president, Abdul-Halim Sadulayev. Sadulayev wears a camouflage uniform and speaks from behind a desk supporting a Chechen flag and a number of Islamic texts, but the usual prop of an AK-47 assault rifle has been replaced by a laptop computer. 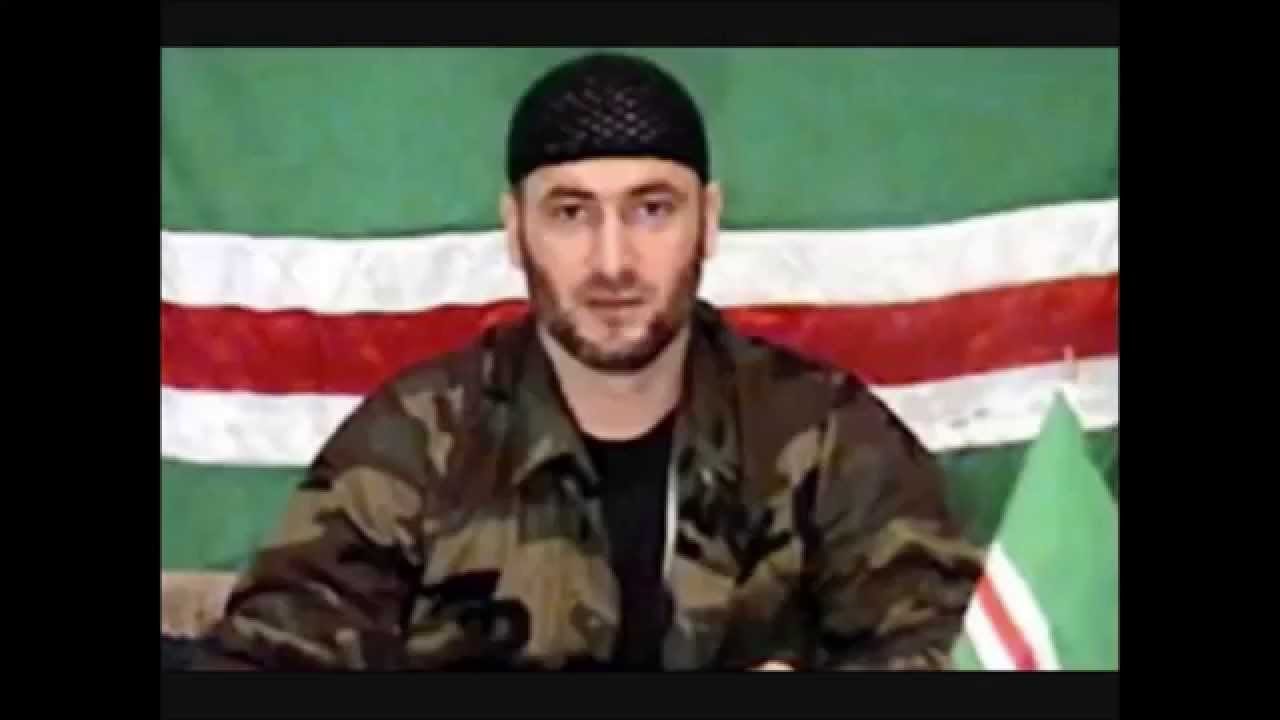 YouTube, the original and best known of the video-sharing sites, was founded in 2005 and purchased a year later by Google Inc. The site offers its users an opportunity to upload their own video material so that it may be viewed and shared with other users. Submissions to YouTube are not subject to an editorial process – the sheer volume alone would preclude this, with over 65,000 new videos uploaded every day. Viewers are given the opportunity to flag offensive videos as inappropriate.

Ever since the audio-cassette tape replaced the leaflet in Ayatollah Khomeini’s Iranian revolution, every new technology has been seized upon as a means of spreading political messages. As a political medium, YouTube offers direct access to the viewer on a website that is safe from hackers or direct political interference. As success breeds imitation, YouTube has now been joined by several other video-sharing websites, including Google Video, Revver, Guba and Grouper, all of which now host jihadist videos from Chechnya and the Middle East.

The Chechen-related videos available on YouTube and Google Video include many documentaries alleging genocide on the part of the Russians, various “tributes” to the Chechen people (usually from diaspora sources), combat footage used in pop music videos and recordings of Chechen mujahideen in the field. Some videos are simply exploitative, such as the one labeled, “Footage from Chechnya with cool music.” Most of the video-sharing sites provide space for viewer comments, which typically mix profanity with calls for torture and genocide. The comments rarely have any connection to the actual footage to which they are attached.

The late Saudi mujahideen leader Amir al-Khattab is a favorite subject for many of the videos. In his lifetime, al-Khattab became a sort of “superstar” mujahid in the eyes of Islamist radicals, particularly because of his visibility as a leader of mujahideen in Afghanistan, Tajikistan and Chechnya. Khattab’s reputation was made by the success of his devastating ambush of a Russian armored column in Shatoi during the 1994-96 Chechen-Russian war. Footage of the ambush is available in a video entitled “Shatoi 1996,” produced by the Turkish-based cihad.net [1]. The media-savvy Khattab was a pioneer in producing video footage of combat operations in order to aid fundraising efforts and demoralize the Russian population.

Chechnya’s new president Ramzan Kadyrov is also the subject of several videos intended to humiliate the young president by attributing him with acts of rampant violence. In a video of less than a minute, entitled “Kadyrov Hits Woman in Chechnya,” a young woman is slapped several times by a member of a group of uniformed men. Though voices and laughing can be heard from the men, it is impossible to identify anyone due to the jerky camera work and the fact that the sun is behind the man doing the slapping. Another short video from Kavkaz Center, “Chechen Justice,” shows grainy footage of a bound and kneeling captive who receives several swats from his captors (Kadyrov’s men, according to the label) before being shot with a handgun.

Various short videos can be found showing the Chechen mujahideen at prayer, preparing food in camp, cleaning weapons, mounting ambushes, shooting down helicopters and carrying out patrols. More inspirational videos combine traditional music, the zikr (a Sufi ritual), combat scenes, folk dancing, footage of wolves (the symbolic animal of the Chechen people) and plenty of IED explosions [2]. Movladi Udagov’s Kavkaz Center website has been a leader in developing what are often called “jihadi websites.” Video clips of mujahideen operations have long been available on the site, many of which are now finding their way to video-sharing sites. Some of the videos are also the work of Nizam TV, the video production arm of the Chechen resistance.

Several videos deal with the 1999 massacre of civilians by Russian troops in Samashki, while others contain footage of Russian troops brutalizing wounded Chechen prisoners after the battle at Komsomolskoye in 2000 (where Ruslan Gelayev’s command was encircled and destroyed). It is often clear that the Russian soldiers themselves were the ones who recorded this carnage. A great deal of the Russian and Chechen footage available comes from the 1994-96 war or the early years of the current conflict, now in its eighth year. The limited amount of mujahideen video available from the last few years most likely reflects operational realities created by the formation of large pro-Russian Chechen militias that could potentially identify resistance fighters and camp locations from the video clips.

Lebanon’s Hezbollah are the masters of electronic guerrilla warfare, having discovered early on the value of video footage of Hezbollah attacks against Israeli soldiers during the guerrilla war of the 1990s. The political effect in Israel of seeing Israeli troops killed by Shiite fighters created what military analysts refer to as a “force multiplier.” Hezbollah now operates radio stations, a television network and websites in eight languages, including Hebrew.

Likewise, video footage of anti-Coalition fighters in Iraq has long been available on cassette, but recently, much of this material has found its way onto the video-sharing sites. YouTube pulled dozens of these videos from its website in response to complaints about footage of U.S. soldiers being killed or wounded (New York Times, October 6, 2006). CNN used footage (described as “user generated content”) from YouTube in its coverage of last year’s conflict in Lebanon. Realizing the potency of such footage, the news network has followed this up by creating CNN Exchange, a website featuring “user-submitted video, audio and articles” (CNET News, July 30, 2006).

Iran banned YouTube, Amazon.com and several other websites last December as part of its campaign to eliminate the “corrupting influence” of foreign music, films and video. In March 2006, YouTube was temporarily banned in Turkey after a video clip suggested that the nation’s founder, Mustafa Kemal “Ataturk” and most Turks in general were homosexuals. The offending video was part of a battle of offensive and insulting videos between Greek and Turkish users. (Insulting the memory of Ataturk remains a serious criminal offense in modern Turkey.) 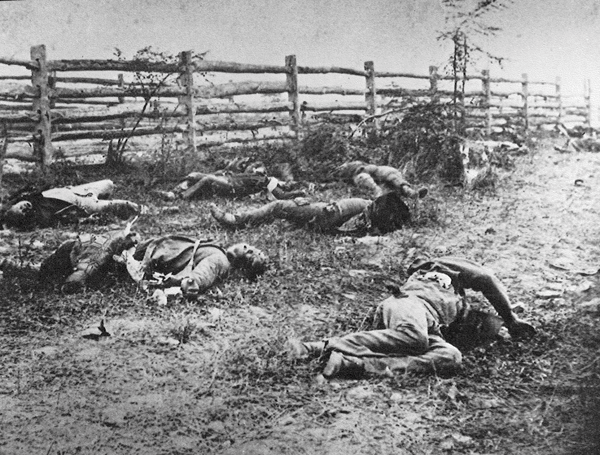 No Drums, No Flags, No Bugles: Matthew Brady’s View of Antietam

The graphic combat footage available on video-sharing sites has rarely been available to the public in the past. Governments have been sensitive to the effects of realistic portrayals of what actually occurs during battle ever since the first publication of Matthew Brady’s daguerreotypes of the U.S. Civil War. In 1862, Brady mounted his first exhibition of Civil War photographs, his black and white photographs of the maimed corpses and shattered animals from the Battle of Antietam presenting a stark contrast to the heroic war art that had dominated public perceptions. British government photographs of the butchery of World War I battlefields—silent and unseen witnesses to the mismatch between human flesh and flying metal—remain under lock and key to this day. As it now comes within the power of virtually anyone to both record and distribute all incidents that they witness, graphic scenes of warfare and civilian atrocities are suddenly accessible at an unprecedented degree. Graphic violence violates the user guidelines of YouTube and Google Video, but the sites only respond to complaints rather than try to review all submissions for “inappropriate content.”

While many jihadist videos are eventually removed from video-sharing sites, a single user can upload dozens of new videos in a single day. Labeling the videos in Arabic rather than English is often enough to prevent monitors from identifying jihadist material. (Guardian, October 7, 2006) Since the video-sharing sites are reactive rather than proactive in dealing with sensitive material, it is up to the viewers to identify and report “inappropriate” videos. Even when a site might agree to remove “offensive” material, a user can re-upload the same material almost immediately afterwards, often using new titles. Even deleted material can be recovered by using the Deleted YouTube Video Viewer application. For now, insurgent groups like the Chechen resistance can be expected to continue to find means of exploiting new information technologies. The brief Greek-Turkish ‘cyber-war’ will not be the last conflict to use YouTube as its battleground.

This article first appeared in the March 22, 2007 issue of the Chechnya Weekly