Despite being designated by the United States and the United Nations as a “global terrorist,” Yemen’s Shaykh Abdul Majid al-Zindani continues to be protected by the Yemeni government. Most recently, Sultan al-Barakani, chairman of the ruling General People’s Congress Caucus, said that the U.S. government had failed to send the Yemeni government information incriminating al-Zindani in terrorism, stating that, “we don’t have any evidence that Shaykh al-Zindani was involved with al-Qaeda” (Yemen Times, April 2). 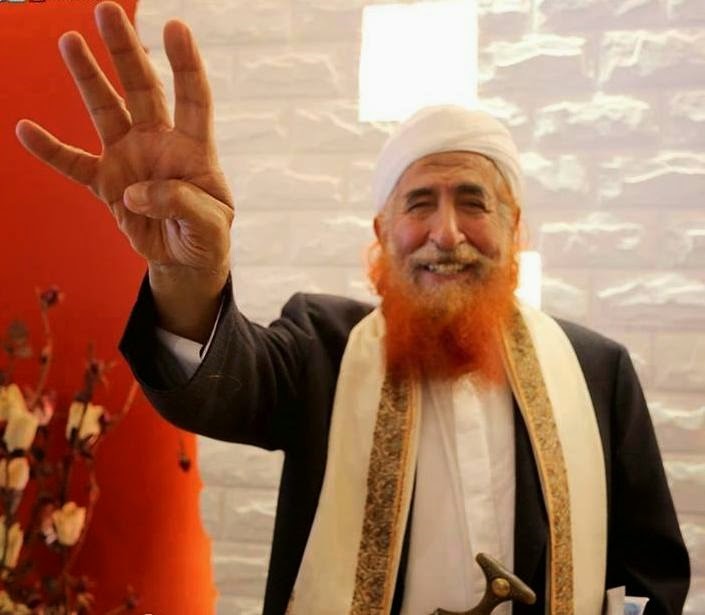 Shaykh al-Zindani is one of the most perplexing characters to emerge from the war on terrorism. Politically powerful and revered by some as one of the Islamic world’s leading educators, al-Zindani’s alleged ties to al-Qaeda have brought him to the attention of international counter-terrorism authorities. Despite his official U.S. and UN designations as a “global terrorist,” the red-bearded scholar remains free and highly active in the political, religious, educational and medical fields, the latter representing a new and somewhat questionable addition to al-Zindani’s career. Al-Zindani is a leading member of the opposition al-Islah Party, although in Yemen’s complex political structure al-Zindani and the nominally oppositionist al-Islah frequently work closely with Yemen’s ruler, President Ali Abdullah Saleh. The Shaykh’s real political enemies are found in the ranks of Yemen’s secular Socialist Party. Al-Zindani recently declared that both the socialists and the unity constitution are “infidel” (al-Thawri, March 8).

Al-Zindani is also a leading exponent of the scientific basis for Islam, as outlined in various passages of the Quran that the Shaykh interprets as descriptions of everything from black holes to photosynthesis. Last December, al-Zindani, a former pharmacist, claimed to have developed a cure for HIV/AIDS. Unlike other HIV/AIDS medicines, the Shaykh’s discovery allegedly has no side effects while eliminating the disease in men, women and even fetuses. Al-Zindani asserts that he will reveal the herbal formula for “Eajaz-3” once a copyright has been obtained. Although the Shaykh claims the inspiration of his creation “came from God,” no proof of the cure’s effectiveness has yet been presented (Yemen Observer, December 19, 2006). In the last few months, five Libyan children receiving treatment for HIV at al-Zindani’s al-Iman University have been deported in response to allegations of Libyan assistance to Shiite rebels in Yemen’s Sa’ada province (Yemen Observer, March 6).

According to a statement from the U.S. Treasury Department, al-Zindani’s involvement with al-Qaeda includes recruiting, purchasing weapons and acting as a spiritual leader for the movement, as well as acting as a contact for Kurdish Iraq’s Ansar al-Islam. [1] The Yemen government has ignored appeals from Washington for the arrest of the Shaykh and the seizure of his assets (Arab News, February 24, 2006). Al-Zindani was recently identified in a U.S. federal court as the coordinator of the October 2000 suicide attack in Aden harbor on the USS Cole. A two and a half year-old lawsuit filed in Virginia by the families of the 17 servicemen killed in the bombing has recently finished by finding the country of Sudan responsible for the attack, opening the way for compensation payments from the US$68 million in Sudanese assets frozen by the U.S. government. The suit also alleged that al-Zindani selected the two suicide bombers that carried out the strike, although the Shaykh was never charged by Yemeni authorities with complicity in the attack (The Virginian-Pilot, March 12). Yemen’s minister of foreign affairs, Dr. Abu Bakr al-Qirbi, welcomed the decision, ignoring the alleged role of al-Zindani, while declaring the verdict proof that Yemen was in no way involved in the attack on the U.S. destroyer.

There is no indication that al-Zindani will lose the protection of Yemen’s government in the foreseeable future. While the controversial Shaykh continues to hold radical Islamist views, al-Zindani has lately made a slight retreat from the Islamist global arena, focusing on domestic politics while assuming a lower international profile, no doubt with the encouragement of President Saleh (who continues to represent himself as an ally in the war on terrorism). Shaykh al-Zindani appears to be trying to create a more respectable international image for himself through his unlikely claim to have developed a cure for HIV. This effort may quickly backfire if it turns out that the Shaykh has fraudulently treated HIV sufferers who may have sought more useful and proven medical treatments elsewhere.

This article first appeared in the April 3, 2007 issue of the Jamestown Foundation’s Terrorism Focus