Salim Salih Muhammad, a veteran of Yemeni politics and an adviser to Yemen’s president, Abd-Rabbuh Mansur Hadi, recently offered his views on al-Qaeda’s current role in Yemen and the ongoing security crisis in that country during an interview with a pan-Arab daily (al-Sharq al-Awsat, May 25). 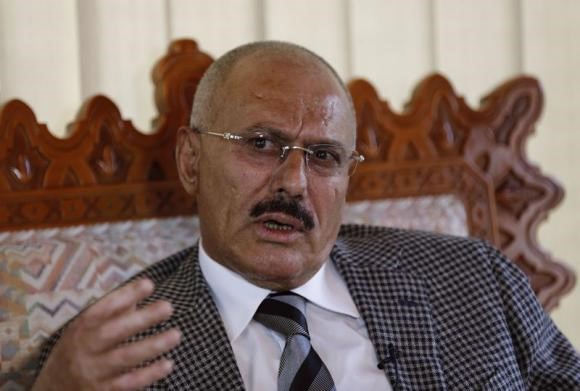 Salim Salih is a member of the Yafa’a tribe of southern Yemen’s Lahij governorate and was for a time foreign minister of the People’s Democratic Republic of Yemen (PDRY – 1967-1990) before going into exile after the 1994 civil war. Salim Salih was also a presidential adviser on counterterrorism issues to deposed president Ali Abdullah Salih after his return from exile in 2002. [1]

Describing last year’s al-Qaeda occupation of several urban areas in the Abyan Governorate as “a catastrophe by all standards,” Salim Salih notes that the growth of Salafist religious trends in Yemen support the growth of al-Qaeda:

In my assessment, what is demanded is to stop the fatwa-s which some clerics issue in a way that leads to extremism and violence and help Yemen, its south and north, to carry out projects, employ the youths, combat poverty, and open the door for conscription in the areas stricken by the 1994 war and the Saada [Houthist] war… Dealing and handling this issue requires that all means be employed, including closing the sources of ideological extremism, ending poverty and unemployment among the young men, and constant dialogue with the youths and giving them the chance in their capacity as the pillar of the future. The security or military side should not be used as a sole solution to confront al-Qaeda or the groups that carry weapons.

In response to Yemeni government claims that Iran is interfering with Yemen’s internal politics by providing arms and other support to the Shiite Houthist rebels of northern Yemen, Salim Salih says that “some Iranian establishments export the ideas of the revolution on a sectarian basis, and this does not serve Iran or the its interests in the Gulf, Bab al-Mandab, the Strait of Hormuz, and the Arabian Sea. We advise the wise men in Iran and their moderate authorities to revise the issue and enter from the doors and not from the windows…” Iran’s Foreign Ministry issued a firm rejection of the Yemeni claims on May 28 (Yemen Post, May 28).

Yemen’s security forces continue to battle units of al-Qaeda in the Arabian Peninsula (AQAP) and an associated group, Ansar al-Shari’a, which has proven adept at assassinating senior Yemeni security officials. Ansar al-Shari’a attacks continue in several areas, most notably in al-Baydah Governorate, where the movement’s fighters have besieged a military base at al-Tha’alib for a week, cutting off all food and supplies in an attempt to take the base. Gunmen believed to be affiliated with Ansar al-Shari’a also attacked military facilities in Lahij Governorate on May 29 (al-Sharq al-Awsat, May 30; Akhbar al-Yawm [Sana’a], May 30). In eastern Yemen, several villages were occupied by al-Qaeda elements this week in the Hadhramawt Governorate (Yemen Post, May 27).

Yemenis are also enduring the consequences of a prolonged campaign of sabotage against the nation’s energy and communications infrastructure. In recent days alone, fiber optics cables have been cut in three southern governorates and an oil pipeline blown up in Ma’rib Governorate (al-Umana [Aden], May 28; al-Masdar [Sana’a], May 28). Most troublesome, however, is the devastating effect on the Yemeni economy and general quality of life created by a constant stream of attacks by tribesmen and Islamists on the nation’s power supply infrastructure. The government’s inability to ensure electrical power has led to a series of angry demonstrations that have a tendency to break out into violent clashes with security forces. President Hadi’s promise to strike saboteurs with “an iron fist” has failed to deter the sabotage (Ma’rib Press, May 28; al-Sahwah [Sana’a], May 28; al-Wahdawi [Sana’a], May 28). There are reports that President Hadi is about to order a military assault on Ma’rib tribesmen who have continued to cut power lines and pipelines (Yemen Post, May 30).

This article first appeared in the May 30, 2013 issue of the Jamestown Foundation’s Terrorism Monitor