Though the eyesight of elephants is somewhat limited, it has long been known that the senses of smell and hearing in the elephant are exceptional, with olfactory capabilities estimated to be four times that of a bloodhound. African bush elephants have been observed avoiding heavily-mined areas in war-torn Angola, inspiring a new experiment in the use of trained elephants to detect the presence of mines and explosives. The trials are being carried out at a game ranch north of Johannesburg and are supported by the U.S. Army Research Office. 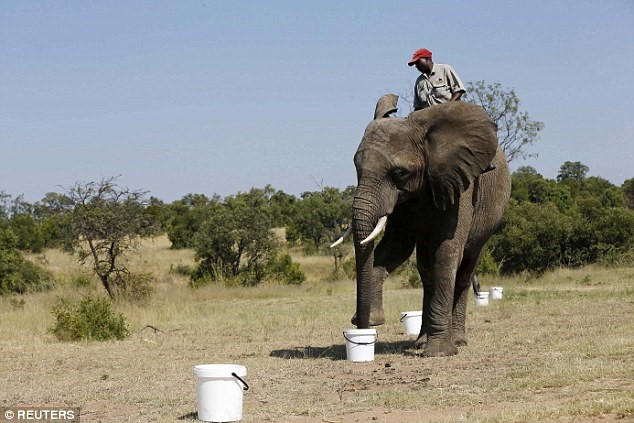 Chisiru, a 17-year-old male elephant, is trained to detect explosives

The elephants are trained to raise a foreleg when they detect explosives by their scent and are rewarded with a treat of marula fruit. Those involved in the training, now in its fifth year, have given assurances the elephants will not be deployed on the battlefield, but may have samples of substances brought to them by robotic devices  (Reuters, February 24; Daily Mail, February 25). Whether these experiments bear fruit in the useful deployment of bomb-sniffing pachyderms is questionable; technological means of “sniffing out” explosives are in development and do not require the provision of massive amounts of feed and expertise in elephant psychology. 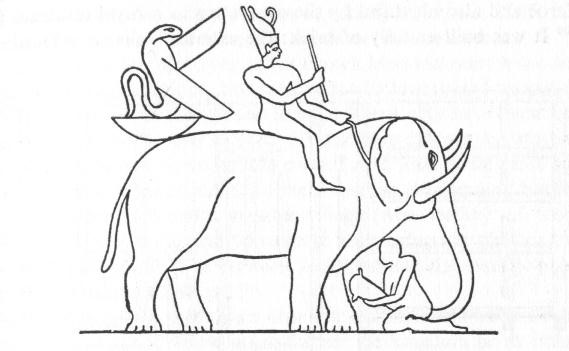 A 3rd century representation of a Meroitic king riding an elephant. From the Lion Temple at Musawwarat, Upper Nubia

Elephants have a long history of more active use in warfare in Africa and elsewhere. Elephant training schools were established in the Nubian kingdom of Meroë and by the third century BCE, war elephants from Meroë were replacing Asian elephants in the army of Ptolemaic Egypt. These animals were Forest Elephants, a species that was once found in large numbers in north and central Africa. Smaller than the better known and much larger Bush Elephant of central and southern Africa, the Forest Elephant was easier to train, though unpredictability in battle was a constant problem.  While the elephants were used as a type of primitive tank, unlike a mechanical device they could not be turned off when they ran amok, often with devastating results for the side attempting to deploy them.

North Africa’s Carthaginian Empire deployed war elephants extensively, most notably in the Italian peninsula after Carthaginian general Hannibal achieved the seemingly impossible task of marching a corps of war elephants through the frozen and narrow passes of the Swiss Alps. Innovative Roman tactics and a requirement in all Roman peace treaties that the other party forgo all use of war elephants eliminated the battlefield threat posed by elephants in Europe and the Mediterranean region, though the military use of Indian Elephants continued in Asia into the 20th century. In the few instances where African Forest Elephants encountered the stronger and larger Indian Elephants in battle, the latter always emerged triumphant.