Since his resignation from Egypt’s Muslim Brotherhood in March 2011, Kamal al-Helbawy has been one of the strongest critics of the direction the movement has taken under the leadership of Supreme Guide Muhammad Badie and his associates, Khayrat al-Shater and Muhammad Mursi. 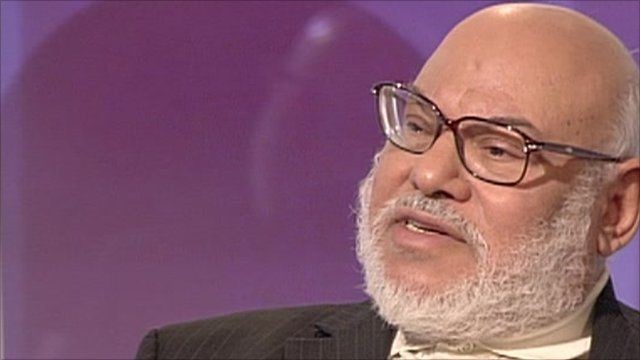 As a former member of the all-important Brotherhood Guidance Bureau, al-Helbawy’s resignation was a heavy blow to the Brotherhood’s entry into electoral politics, though Helbawy says it was brought about not only because of Brotherhood deputy-leader Khayrat al-Shater’s aborted attempt to seek the presidency, but also because of the leadership’s “wavering and indecision” (al-Ahram [Cairo], January 10; for al-Shater, see Militant Leadership Monitor, July 31). During Muhammad Mursi’s short-lived presidency as the Brotherhood’s replacement candidate for al-Shater, al-Helbawy opposed the Brotherhood’s reluctance to incorporate other visions in government institutions: “To pretend to have a monopoly on the truth is wrong. To insult secular people who are known for their piety is also wrong” (al-Ahram, November 14, 2012).

The young Helbawy became deeply involved in the international expansion of the Brotherhood, working on its behalf in Nigeria, Saudi Arabia, Pakistan, Britain and Afghanistan, where he managed social services for the wives, widows and families of mujahideen fighters battling the Soviet invasion. However, it was this association with the Afghan mujahideen that prevented his return to Egypt, where Egyptian nationals returning from the battle-front were being arrested and imprisoned by the regime of Hosni Mubarak. Al-Helbawy spent the next 23 years in self-imposed exile in London, returning to Egypt only after the overthrow of Mubarak. Though he was greeted at the Cairo airport by some of the Brotherhood’s most important members, within months he had resigned from the movement over its decision to abandon a carefully considered campaign to Islamize Egyptian society at a grass-roots level in favor of attempting to take political power through participation in the post-revolution elections. Al-Helbawy maintained that the movement should avoid politics and instead become an “academy for developing the character of Egypt’s youth to prepare them for their professions, including legislators” (The Majalla, July 8).  The newly resigned Helbawy threw his support behind fellow dissident and ex-Brotherhood member Abu al-Fotouh, who made a respectable showing as an independent candidate.

In analyzing the movement’s ultimately disastrous attempt to enter high-level politics, al-Helbawy insists that the Brotherhood failed to present a vision for Egypt’s future:

[Muhammad Mursi] deepened the society’s divisions, increased polarization, relied solely on his constituency, neglected to use those with expertise and experience here in Egypt, ignored requests to amend the constitution and change the government and the attorney general, issued the Pharaoh-esque constitutional declaration in November 2012 and refused to acknowledge the legitimacy of the Tamarud [Rebellion] campaign and the June 30 revolution. Following the ouster of President Mursi, [the Brotherhood’s] mistakes include cutting off main thoroughfares for traffic, wantonly leveling accusations of apostasy, turning political competition into political conflict by using religion and valuing the return of Mursi over national reconciliation (al-Sharq al-Awsat, July 26).

The 74-year-old Helbawy is no fan of military rule, but he maintains that “if the country is in peril, there is no institution that could remedy the situation better than the Armed Forces.” According to the Brotherhood dissident, Mursi’s inability to win a popular election precludes his return to the presidency. In this sense, the ongoing protests by his supporters are a needless incitement to violence that serve only to polarize Egyptian society and threaten the future of the Brotherhood both in Egypt and abroad. Al-Helbawy encourages the movement’s youth members to “abandon the current leadership” and avoid tarnishing their reputations with violence, “regardless of what happens or what the clerics command.”

Raised in a Muslim Brotherhood-dominated community and a member of the movement since age 12, al-Helbawy is close to the family of movement founder Hassan al-Banna (1906 – 1949) and sees closer adhesion to al-Banna’s ideals as the solution to the movement’s woes:

We are seeing a deviation by the Brotherhood leadership of today from Shaykh Banna’s vision. If a new, corrective leadership arises that embraces moderation, inclusiveness, understanding and God’s word in a peaceful framework, then Banna’s message can be restored to its proper place and overcome the current crisis to which the current has led them (al-Sharq al-Awsat, July 26).

Al-Helbawy sees a missed opportunity in the Brotherhood’s decision to enter the political arena: “[Al-Banna’s] teachings could have actually led the Brotherhood to have a leading role in the new world order through intellectual propositions, fighting for justice and against oppression and educating the youth” (Egypt Independent, April 12, 2012). Instead of playing this role, al-Helbawy observes that “some of the leaders of the Brotherhood and their Islamist allies act contrary to the teachings of the Qu’ran, despite having memorized it word for word” (al-Sharq al-Awsat, July 26).

Al-Helbawy warns that the continuing security collapse in Egypt and the incendiary remarks made by leaders of groups such as al-Gama’a al-Islamiya risk American intervention along the established precedents of Iraq and Afghanistan:

If the Americans come they will have their justifications, saying that Egypt is incapable of repelling terrorism, particularly in the Sinai, and that minority rights are not being protected, evidenced by the attacks on Coptic Christians and their churches or the attack on Shiites and their property, as happened in the village of Abu Nomros (al-Sharq al-Awsat, July 26).

However, despite his differences with the current (and largely imprisoned) leadership of the movement, al-Helbawy insists he is still dedicated to making the movement’s original ideals a reality: “Even when I criticize publicly, I’m hoping it helps reform them… I can never detach myself completely from the Muslim Brotherhood, even if I wanted to… I agree with having a nation based on Islam, but in so far as it respects Islam’s basic values of respecting equality and human rights, providing basic necessities to your communities, and preserving the society’s dignity” (Egypt Independent [Cairo], April 12, 2012).

This article was first published in the Jamestown Foundation Terrorism Monitor, August 9, 2013.