The battle for southern Yemen has intensified since the succession of Abd Rabu Mansur al-Hadi to the Yemen presidency and his subsequent vow to suppress the Islamist insurgency. The latest battleground in this struggle is the strategically located city of Lawdar in Abyan Governorate, where local volunteers bought time for state security forces in rebuffing an attempt by al-Qaeda in the Arabian Peninsula (AQAP) and their Ansar al-Shari’a allies to take the city and expand their occupation zone in Abyan.

The battle in Lawdar comes at a time when the Yemeni armed forces are still badly divided and in the opening stages of major reforms and changes in the leadership, which is dominated by members of ex-president Ali Abdullah Salih’s family. State forces engaged in the battle in Lawdar include the 111th Infantry Brigade and the 26th Republican Guard Brigade (al-Mu’tamar [Sana’a], April 14). The locally raised People’s Defense Committees (PDC) have played a vital role in the battle, despite having no formal military training. Some of the ex-president’s relatives have proven dangerously reluctant to relinquish their posts – Yemen’s main airport was recently closed for a day after Yemen’s Air Force commander, Muhammad Salih al-Ahmar (a half-brother of the ex-president) responded to his dismissal by shelling the airport before surrounding it with loyal tribesmen and military personnel (Yemen Times, April 7; Marib Press, April 9). An attempt to assess the combat-readiness of the Republican Guard was derailed by its commander, Ahmad Ali Abdallah Salih, the eldest son of the ex-president, who submitted a report containing “major errors and inaccurate numbers” (al-Ahali [Sana’a], April 14; al-Jumhuriyah [Ta’izz], April 15). The ex-president’s nephew, Tariq Muhammad Abdallah Salih, has refused to hand over command of the 3rd Republican Guard Brigade (Akhbar al-Yawm [Sana’a], April 10). The new president has come under fierce attacks from local media outlets still loyal to the ex-president’s family that oppose the dismissal of family members from top posts in the military and security services (al-Ahali [Sana’a], April 14).

The battle began on April 9 when Ansar al-Shari’a attacked the military barracks near the power station on the outskirts of Lawdar and seized a large variety of weapons that would be used in their attempt to take the city, including tanks, anti-aircraft guns, artillery and missile launchers (Ma’rib Press, April 10). The Yemeni Army initially withdrew, but the defense of the city was quickly taken by local youth and other civilians using their personal weapons, mainly AK-47s (al-Sharq al-Awsat, April 10). 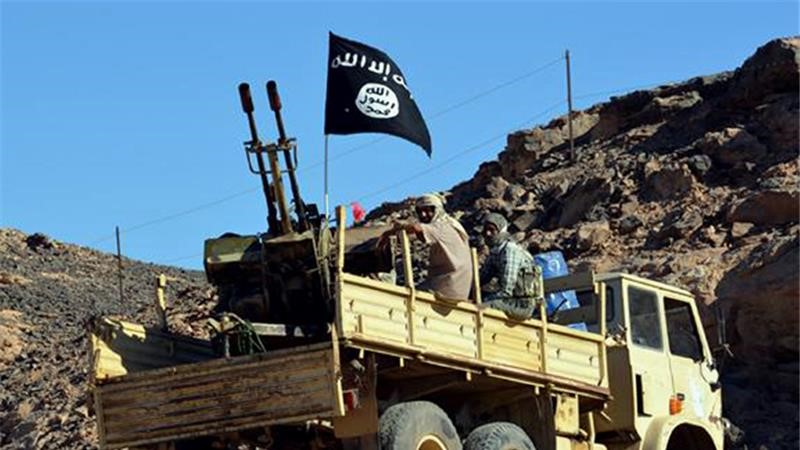 Yemeni fighter-jets were also active in striking militant training camps and other positions held by the Islamists in Abyan, though Ansar al-Shari’a claims U.S. drones have been responsible for some of the targeted attacks from the air (Akhbar al-Yawm, April 5; Reuters, April 16).

Dozens of militants were reported killed, including two senior commanders, in an April 11 operation to clear Islamist checkpoints from the highway outside of Lawdar. The Defense Ministry said that Saudis, Somalis and Pakistanis were among those killed (26September.net, April 11; Saba [Sana’a], April 11).

Two hundred men of Yemen’s American-trained Counter Terrorism Unit (CTU) arrived in Abyan on April 14 to join the battle against the Islamist militants for the first time.  Under the command of the ex-president’s relatives, this elite unit was withdrawn from counterterrorist operations in the provinces and deployed as a presidential guard in Sana’a last year after anti-government protests began (Yemen Times, April 16).

Arriving with the CTU was the new Abyan governor, Jamal al-Aqil, whose motorcade came under fire on his way to meet with local military commanders and leaders of the popular committees. Like al-Aqil, both President al-Hadi and Defense Minister Major General Muhammad Nasir Ali are from Abyan, which encourages those hoping for a greater government focus on reversing the successes the militants have achieved there during Yemen’s political turmoil.

As the militants begin to crumble under military pressure in Abyan, AQAP has intensified its campaign of suicide bombings in Abyan and elsewhere in Yemen (AFP, April 6). Nonetheless, the battle for Lawdar is a major propaganda blow for the Islamist militants, who rather than being met as liberators, were instead repulsed by Lawdar’s residents in league with military forces loyal to the new regime. If al-Hadi can unify the military (still no easy task) and maintain the momentum established at the battle for Lawdar, this may be remembered as the moment when the tide turned against AQAP and its allies in Yemen.

This article was originally published in the April 19, 2012 issue of the Jamestown Foundation’s Terrorism Monitor.