Smoke and mirrors in Moscow’s Nord-Ost theater: The recent Moscow hostage drama ended in tragedy… But more may have been at play than meets the eye. Various aspects of the attack just don’t add up and the horrific incident, which Moscow refers to as its own 9/11, is proving a convenient prelude to renewed action against the Chechens in the name of the “War on Terror.” 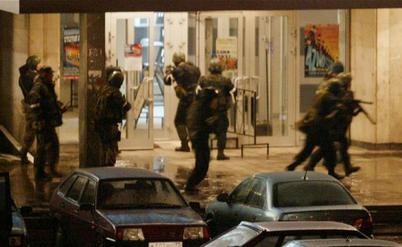 In case you weren’t sure, the Moscow hostage crisis provides the final proof that the Chechens are nothing more than Islamist terrorists, led by vicious extremists in league with al-Qaeda. Well, that’s Moscow’s spin anyways, one that has found favour with columnists and editorialists across North America. A closer look at the players and beneficiaries of the events of the last week reveals a very different scenario.

A theater was a highly appropriate location for what Moscow now calls “Russia’s 9/11.” If their intent was to kill Russian civilians, a small group of terrorists could simply have placed bombs in the theater and left, claiming responsibility by phone. But this play required actors to put a face on the threat posed to Russia by those enemies of mankind, the Chechens. We are led to believe that an uneducated 23-year-old criminal, Movsar Barayev, carried out a complex terrorist operation equal in difficulty to the 9/11 attacks. Yet it is absurd to think that, in a city where Chechens are routinely referred to as “blacks” and are subject to police harassment and beatings every time they step out into the street, the young Barayev could, without incident, have carried out the assembly of some 50 heavily armed rebels (including some of Russia’s most wanted people). How did this large group, with their weapons, uniforms and supplies, travel 1,200 miles from Chechnya to Moscow through countless Russian checkpoints? 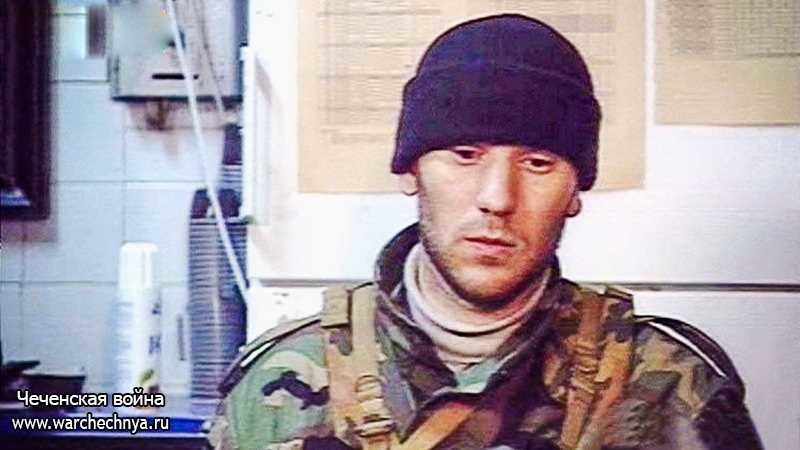 The statement from Barayev that Chechen president Aslan Maskhadov had engineered the entire hostage-taking was repudiated by the Chechen leader, who once again stated his opposition to terrorist methods while offering mediation from his personal representative. It also stands in complete contrast to Maskhadov’s record as a professional soldier and officer in the Soviet army, his record of anti-Russian military operations since 1994 and his many attempts to eliminate the Barayev clan and their renegade “Islamic Regiment.” If Maskhadov is indeed the hidden had behind this operation, why would he instruct Barayev to identify him as the terrorist mastermind, ruining the reputations of both Chechnya and himself?

Like his late uncle Arbi Barayev, a noted kidnapper and murderer (“170 dead by my own hands”), Movsar was widely regarded as an FSB agent posing as an Islamist. With a small gang behind him, Movsar carried out few operations of consequence in the current war, devoting most of his energies to maintaining Arbi’s criminal empire and to feuding with President Maskhadov. Why would Maskhadov entrust this extremely intricate mission to a hotheaded gunman from a criminal gang? How is it possible that Movsar Barayev, kidnapper, murderer and suspected Russian agent, could be considered a suitable representative to symbolize the Chechen nation on worldwide media? Never mind that Barayev was already declared killed twice by the Russians, the latest time being less than two weeks before the operation in Moscow.

Russian “discoveries” of huge numbers of empty syringes and liquor bottles in the theatre, and the “smell of alcohol” on the breast of the Chechen women confirm the impression given by Moscow that they are battling drug-besotted heroin dealers in Chechnya, yet it raises two questions: (1) How did a collection of drunks and junkies carry out such an intricate operation; and (2) Why would Maskhadov employ such unreliable types? 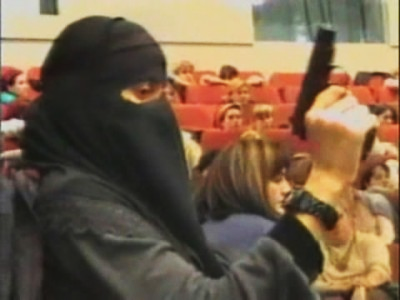 After the crisis began, Russian intelligence services released a “secret video” in which Maskhadov allegedly announces that a massive terrorist act will be carried out in the near future. In fact, the video, easily available on the internet, is taken from last August’s meeting of Chechen resistance leaders. Maskhadov promises only a military operation “similar to the Jihad” in the near future. The true meaning of this statement is only apparent if one knows “jihad” was the code-name for the 1996 Chechen seizure of Grozny from Russian forces during the first Russo-Chechen war. There was no announcement of impending terrorist acts.

Though Barayev claimed to be working for Maskhadov, it was Movladi Udugov who was in constant touch by telephone with Barayev. Udugov, a former Chechen government minister, runs an independent Islamist website in Turkey. He is also a long-time political opponent of the Chechen president and a frequent target of Maskhadov’s wrath. Maskhadov never even answers the phone, keeping in mind that his predecessor as President of Chechnya was killed by a Russian missile that homed in on a satellite phone transmission. 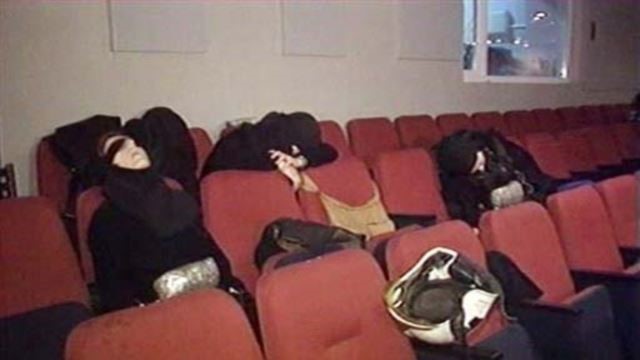 So-called Chechen “Black Widows”: Killed by Gas Before They Could Depress the Detonator on their Body-Pack Explosives?

While hostages (including foreign correspondents) were prevented from giving their stories, an employee of the official Russian press who was among the hostages (and apparently little-affected by the gas) gave the sole first-hand account of the tragedy for the first 24 hours. During that time the other surviving hostages were forbidden from communicating with anyone beyond their hospital rooms. That the reporter’s contradiction-filled report differs significantly from those that have begun to emerge from the other survivors matters little now as it has already become the accepted version of events.

After the 1994-96 Russo-Chechen war, it became clear to the Kremlin that their information management skills were severely lacking. In the current FSB-managed conflict, the Kremlin has vastly improved its manipulation of information. While barring all reporters from the region, the Russian government hurls out a steady stream of misinformation on the Chechen rebellion, certain that foreign correspondents with no background in the problem will eventually report some of these fantasies as truth. Who’s behind the hostage taking? Exiled media baron Boris Berezovsky, Maskhadov, Chechen military amir Shamyl Basayev and the usual “un-named Arabs” are all suggested by the Kremlin. The list of Russia’s enemies who conveniently joined in a grand conspiracy to destroy their own cause grows longer by the hour.

There is no doubt that this will be the final step in bringing America onside with the “war on Chechen terrorism.” The crisis validates all of Putin’s assertions that the Chechen leadership must be exterminated rather than negotiated with. For Putin, the timing and methods of the hostage-taking have been expeditious. The peace-seeking Chechen World Congress that opened October 28 in Copenhagen is now assailed as “a congress of extremists,” and Russia has made the transition from aggressor to victim. For Maskhadov and the Chechens, it is another dark moment in the Chechen’s third century of resistance to Russian occupation.