Though incidents of urban violence continue in a number of Libyan cities, it is the former rebel capital of Benghazi where such attacks have been most intense. Bombings are common, with the central intelligence headquarters in Benghazi being a favorite target. An August 1 blast that caused damage but no casualties was only the latest in a string of attacks on the facility this year (Reuters, August 3). The carnage would be even greater if a large number of powerful bombs had not been discovered and disarmed by security officials in the last week. Many of the bombs carried a charge of 40 kilograms and have been found in places such as a school, the Criminal Investigation Department, the National Security Patrols Department and under a bridge leading to the Tibesti Hotel (Tunisa Live, August 7). 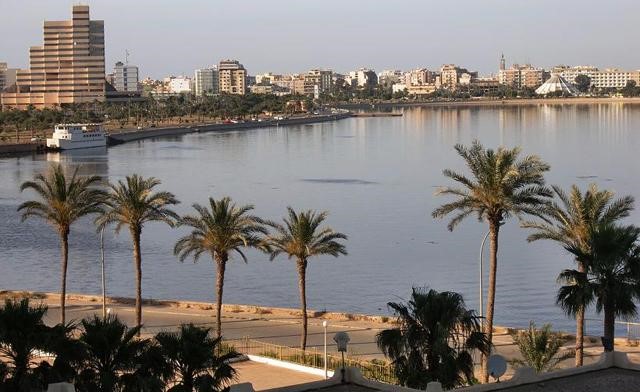 Three armed men suspected of responsibility in a string of failed bombings in Benghazi were killed by security forces in a gun-battle that wounded five members of the Interior Ministry on August 5 (AFP, August 6; Reuters, August 8). Before stepping down when the new General National Congress took over from the Transitional National Council on August 8, interim Prime Minister Abd al-Rahim al-Keib said that the bombings were the work of Qaddafi loyalists and claimed that one such cell was discovered that was “presided over by persons abroad” (Sky News Arabia, August 6).

Assassinations have also become commonplace in Libya as the armed groups controlling the Libyan streets eliminate rivals and dispose of challenges to their influence. Some of these attacks seem to be a settling of accounts for grudges nursed since the Qaddafi era, particularly against those who were part of the security structure. One such assassination was that of Colonel Sulayman Bouzridah, a former official in Qaddafi’s central intelligence office who was killed in Benghazi on July 28 despite having joined the rebels during the revolution (Tunisia Live, August 7). Bouzridah was the thirteenth Qaddafi-era security official to be murdered in Benghazi in the past few weeks. Rumors circulate that the murders are being carried out by an unknown group with a death-list of 106 individuals (Libya Herald, July 31).

On July 29, gunmen attacked a convoy escorting Soviet-trained and CIA-supported Major-General Khalifa Haftar, who was nearly killed in a firefight with the Zintan militia at Tripoli Airport in December, 2011. [1] Hafter, who was unhurt, blamed pro-Qaddafi groups for the attack, which occurred shortly after the General had urged Benghazi’s rogue militias to cooperate more closely with the new National Army (Libya Herald, July 31; Magharebia, August 2).

Seven Iranian aid workers were kidnapped on their way to Benghazi’s Tibesti Hotel on July 31 and are still being held by their captors (Fars News Agency [Tehran], August 6).  The delegation was in Libya at the invitation of the Libyan Red Crescent. According to Libyan Deputy Interior Minister Wanis al-Sharif, the Islamist kidnappers have demanded Iran mediate the release of Libyan prisoners held in Iraq, while some security officials claim the captives are being questioned by their abductors to determine whether their presence in Benghazi was intended to spread Shi’a Islam in the region (AFP, August 1).  Iranian officials have criticized their Libyan counterparts for failing to provide adequate security to the Iranian delegation (Fars News Agency, August 2).

In a brazen raid on July 31, gunmen entered a Benghazi prison and freed one of their comrades being held in the murder of General Abd al-Fatah Yunis and two of his aides on July 28, 2011 (AP, August 1; for the murder, see Jamestown Foundation Brief, August 4, 2011). The prison had already been attacked by rocket fire on July 27, the same day a grenade was tossed at the Benghazi Appeals Court (AFP, August 1).

The violence has also spread to Misrata and Tripoli, where attacks with grenades and RPGs have targeted the International Committee of the Red Cross (ICRC) and the military police headquarters respectively. As in the attacks in Benghazi, the identity of the perpetrators remain unknown. The ICRC attack was the fifth of its kind in Libya in the last three months and has resulted in the humanitarian organization shutting down operations in both cities (AFP, August 5; IRNA, August 7). Some uninformed Islamist militants are under the mistaken impression that the ICRC is a Christian religious organization intent on converting Muslims.

The violence in Benghazi seems to be a mix of a settling of accounts, an attempt to rearrange the existing power structure and a demonstration by religious extremists of their determination to bring Libya under an Islamist regime regardless of the outcome of Libya’s elections. With a host of well-armed parties with varying agendas responsible for the ongoing violence, it will be extremely difficult for authorities of the new government to bring the situation under control.

This article was originally published in the Jamestown Foundation Terrorism Monitor, August 10, 2012.