Rebellions in remote regions of South Sudan continue to plague efforts to restore security in the new nation and further a disarmament process that is ironically being cited as one of the primary causes of the latest disturbance in South Sudan’s Jonglei State.  The so-called Yau Yau Rebellion, named for its leader, failed politician David Yau Yau, has brought many youth belonging to South Sudan’s Murle tribe into direct conflict with troops of the Sudan People’s Liberation Army (SPLA), the former rebel group that now forms the national army of South Sudan.

A former theology student, Yau Yau was defeated by a SPLM candidate in the April 2010 elections. Rather than accept defeat, Yau Yau gathered disaffected youth of the Jonglei-based Murle tribe and launched an attack on Pibor in May, 2010, killing several SPLA soldiers. He continued to mount ambushes on SPLA troops and South Sudan wildlife rangers until 2011, when he agreed to a ceasefire. [1] During his reintegration with the SPLM government, Yau Yau received the usual reward for rebels who have given up their struggle—a general’s rank in the SPLA, despite Yau Yau’s utter lack of military experience.

The SPLA reported in April that Yau Yau had fled to Khartoum, presumably to obtain aid for a new rebellion from the government of Omar al-Bashir, which has been engaged in a proxy war with the South for several years (Sudan Tribune, April 8). Yau Yau has since enjoyed some success in fighting on his own turf in Pibor County (south-west Jonglei State). On August 23, Yau Yau’s men were joined by armed civilians in killing as many as 40 SPLA soldiers looking for the rebel leader in the Lekuangole Payam district of Pibor (Miraya FM [Juba], August 27; Upper Nile Times, August 27 ). In the aftermath of the attack, the commander of the SPLA’s Division 8, Major General Botros Bol Bol, vowed that “Yau Yau will die like [George] Athor… they will not escape from our hands,” while Governor Manyang said the army had been instructed to teach the rebels “a lesson they will never forget” (Sudan Tribune, August 28). [2] That lesson was postponed when Yau Yau’s men attacked SPLA troops again on August 30 (Sudan Tribune, August 30).

SPLA troops involved in disarming the Murle (who fought in pro-government militias against the SPLA during the civil war) have been accused of committing numerous rapes and using various methods of torture and coercion to get Murle tribesmen to reveal where their weapons are hidden during the disarmament campaign, though an SPLA spokesman described such reports as “lies” (Sudan Tribune, August 27, August 30; BBC, May 25).

However, Jonglei governor Kuol Manyang played down the possibility the violence was connected to SPLA excesses in the disarmament process: “It is not revenge, it is a rebellion.” The governor suggested that human rights violations amongst the Murle could be the work of “individuals” amongst the 8,000 SPLA soldiers deployed in the Pibor region (Sudan Tribune, August 27). Manyang has stated that Khartoum is the sole source of arms for Yau Yau’s forces and claims that helicopters are hidden in the bush that are used to resupply the rebels (Sudan Radio Service, August 31; Sudan Times, August 30). 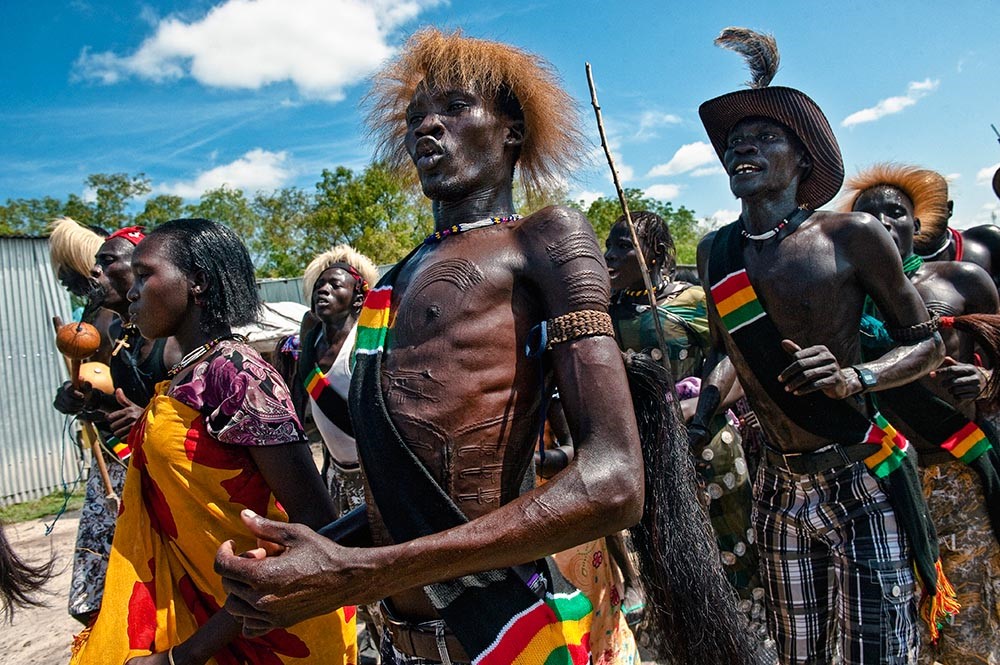 Most of the Murle live in the Upper Nile lowlands, though smaller groups live in the highlands of the Boma Plateau and across the border in southern Ethiopia, from whence they came in the 19th century. Their pastoral lifestyle has often brought them into conflict with other pastoralists in South Sudan over scarce resources. There are also residual tensions from the civil war, in which many Murle fought against the SPLA in Major General Ismail Konyi’s pro-Khartoum Pibor Defense Forces (South Sudan News Agency, March 18). Cattle-raiding is endemic amongst the tribes of Jonglei State and has grown worse with the proliferation of automatic weapons during the civil war, but it is the Murle proclivity for abducting hundreds of children annually that has enraged their neighbors. The cause of the abductions appears to be widespread infertility amongst the Murle, which is commonly believed to be caused by an epidemic of syphilis, though very little serious research has been carried out to discover the precise reasons for the problem, which appears to be long-standing—some Nuer claim the abductions began in the 17th century (Bor Globe, April 9; South Sudan News Agency, January 5).

In late December, 2011, a Nuer militia of over 6,000 men known as the Nuer White Army (NWA) launched “Operation Ending Murle Abductions” with the assistance of some 900 Twic-Dinka youth eager to end the pattern of Murle child-abductions and who were credited with providing the intelligence behind the successful rescue of 35 abductees. [3]

A NWA statement issued during the January campaign against the Murle offered a novel solution to the Murle infertility problem:

[The] Murle cannot increase their population by abducting Nuer, Anuak and Dinka’s children. If Murle’s women have fertility problem, the Nuer and Dinka are willing to accept intermarriage with Murle. The Dinka, Nuer and Murle’s chiefs can sit down and talk about intermarriage to assist our Murle brothers to increase their population if their women are not procreating. The chiefs can decide the number of cattle a Murle man should pay as dowries to marry a Dinka or Nuer girl (South Sudan News Agency, January 5).

The NWA was formed by Riek Machar (current vice-president of South Sudan) during the 1991 split within the SPLA, which saw many Nuer under Machar’s command join Khartoum’s loyalists in South Sudan in reaction to perceived Dinka dominance of the independence movement. The NWA, composed largely of young Lou Nuer civilians, used their official sanction to turn their arms against traditional regional enemies, such as the Bor Dinka and the Murle. Machar found it difficult to disband the youth after the Comprehensive Peace Agreement (CPA) of 2005. The battle-hardened veterans of the SPLA were more persuasive, slaughtering over a hundred of the NWA in May, 2005, bringing a temporary halt to the movement’s activities. [4]

The NWA today reject Riek Machar as a Nuer leader and hold him responsible for arming the Murle after siding with Khartoum in the civil war. The NWA operates outside the traditional tribal power structure, which has created friction with the community it purports to represent. In a statement released earlier this year, the NWA suggested the UN not waste its time talking to a “tiny minority, like chiefs, elders, pastors and politicians,” and further warned that if South Sudanese President Salva Kiir “wants to avoid what happened to Muammar Qaddafi, he should not mess with the Nuer White Army.”  [5]

One of the organizers of the December-January raids on the Murle was Dak Kueth, a Lou Nuer “magician” who headed for the Ethiopian border with 200 armed men rather than submit to SPLA disarmament, committing further attacks on the way. In late June, Dak Kueth’s group became trapped between SPLA forces and Ethiopian troops, forcing the entire group to surrender to the Ethiopians. Some of those detained were Ethiopian nationals from the Nuer community of western Ethiopia’s Gambela district, but Dak Kueth and the Sudanese Nuer were turned over to the SPLA (Sudan Tribune, April 17; June 27).

Led by Lieutenant General Kuol Deim Kuol, the disarmament campaign that began in March has been hampered by difficult terrain, a lack of roads and Murle fears that they will be defenseless in the face of further attacks from the Nuer and Dinka (Sudan Tribune, April 17). As many as 100,000 people remain displaced after the tribal clashes of December 2011 and January 2012, in which 1,000 to 3,000 people were killed.