Kenya’s navy continues to play an important role in the multi-national struggle against Somalia’s al-Qaeda affiliated al-Shabaab movement by shelling the Shabaab-held port of Kismayo in southern Somalia. These operations come at a time when Kenya is making significant upgrades to its naval capacity through purchase or donation. These upgrades are intended to enhance Kenya’s ability to carry out anti-piracy and counter-terrorism operations in the Indian Ocean. 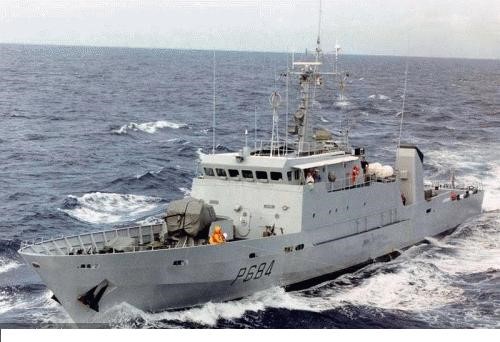 Kismayo’s port operations and lucrative charcoal trade are the main source of revenue for al-Shabaab since it pulled out of Mogadishu last year. Other forces that have gathered around Kismayo in preparation for the final assault include Ugandan and Burundian AMISOM troops, Somali government forces and the local Ras Kamboni militia of Ahmad Muhammad Islam “Madobe,” which were expelled from Kismayo by al-Shabaab in 2009. British experts are reported to have played a facilitating role in planning sessions for the assault on Kismayo held in Nairobi and attended by Ugandan AMISOM commander Lieutenant General Andrew Gutti (Daily Nation [Nairobi], September 4).

Since Kenya joined the campaign against al-Shabaab with Operation Linda Nchi in October, 2011, the Kenyan navy has participated in naval operations designed to restrict al-Shabaab supplies of arms and fuel, secure Kenyan waters from terrorist infiltrators and deter piracy (see Terrorism Monitor, November 11, 2011). While the Kenyan Army deployment in Somalia formally joined the African Union Mission in Somalia (AMISOM) on June 11, the Kenyan Navy and Air Force (which has also carried out bombing operations over Kismayo) were not included in the agreement and thus do not come under the Ugandan-dominated AMISOM command structure.

Kenyan warships are now playing an important role degrading the defenses and military capacity of those al-Shabaab militants who have not seized the opportunity to join the civilian flight out of Kismayo. There are reports that al-Shabaab has attempted to stiffen its resistance by bringing in hundreds of reinforcements in armored vehicles (Jowhar.com [Mogadishu], September 7). Even if al-Shabaab is forced to make a strategic withdrawal from Kismayo, occupying AMISOM forces are almost certain to be met by improvised explosive devices, land-mines and ambushes by hidden militants (after the pattern of  Mogadishu).

After reportedly being provoked by an al-Shabaab gunboat, a Kenyan navy ship fired ten rounds on Kismayo on September 3, while the port area and airport were shelled the next day (Daily Nation [Nairobi], September 5; VOA, September 4; BBC, September 4). Kenyan ships fired on what they believed to be a Kismayo arms cache on September 5, killing a reported seven Shabaab militants and destroying a stockpile of “technicals” [armored battle wagons], arms and munitions (RFI, September 6). Residents of the town said the attack began shortly after the militants had dragged the bodies of four Kenyan soldiers killed in the battle for Afmadow into the town square for public display (RFI, September 6). A Kenyan ship fired on a Shabaab anti-aircraft emplacement on September 11.

In the last few months Kenya has added two ships to its fleet that will significantly enhance its naval strength. In June, France donated the 1976 vintage patrol boat La Rieuse, one of ten ships of the P400 class used to patrol the waters of its overseas possessions. Equipped with a 40mm cannon, La Rieuse operated in the Indian Ocean from the French base at Réunion. Most of the P400 class are now being decommissioned, but La Rieuse (now renamed KNS Harambee II) was donated in the interests of helping Kenya carry out high seas security operations (Meretmarine.com, June 7; Defenceweb.com, June 10). 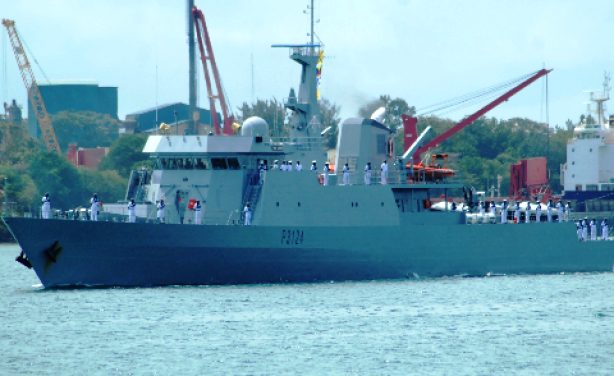 Kenya has also finally taken possession of the 140-ton Jasiri, a Spanish-built oceanographic survey vessel that has been fitted with naval guns, missiles, machine-guns and radar and communications systems, making it the most powerful ship on the East African coast (Nairobi Star, August 30). The ship was supposed to be delivered in 2005, but the purchase became entangled in Kenya’s Anglo-Leasing corruption scandal. As a result, the ship sat without maintenance in a Spanish dock for seven years. A Kenyan delegation arrived to complete the deal in February but instead rejected the ship on the grounds that much of the equipment was outdated and no longer functioning. After an unsuccessful attempt to sell the ship to the Nigerian Navy, Kenya finally negotiated a deal with the Jasiri’s builders, Euromarine Industries (Nairobi Star, April 27).

Mombasa, the Kenyan Navy’s main port, was consumed by deadly street riots when the Jasiri arrived following the assassination of Muslim preacher Aboud Rogo Muhammad, a well-known supporter of al-Shabaab. A statement issued by al-Shabaab urged Kenyan Muslims to “take all necessary measures to protect their religion, their honor, their property and their lives from the enemies of Islam” (AFP, August 29).

Nonetheless, Kenyan Chief of Defense Forces, General Julius Karangi, warned that the arrival of the Jasiri had shifted the power equation on the East African coast: “Jasiri has capabilities and capacities that we did not have. If there are some people out there thinking they can come to our waters and worry us, let them know that things can get very tough for them” (Africa Review [Nairobi], August 31). The Navy has not yet announced whether the Jasiri will participate in the Kismayo operation, but its deployment there seems likely after trials are carried out.