The ongoing Berber cultural revival in North Africa has gone hand-in-hand with a new political assertiveness. In nations such as Libya, Algeria and Mali, this has resulted at times in armed clashes and protests demanding linguistic rights and political recognition of Berber (Amazigh) communities. The latest of these confrontations is ongoing in the south Algerian oasis of Ghardaïa, where Chaamba Arabs have clashed repeatedly with the indigenous Mozabite Berbers, forcing Algiers to send security forces to restore law and order in the region.

Communal violence broke out in May, 2013 following an alleged attempt by Chaamba Arabs to use forged property records to take over a Mozabite cemetery (Algérie Presse Service, May 8, 2013). The dispute degenerated into sword-wielding youth gangs throwing petrol bombs at each other in the streets of Ghardaïa, the largest city in the M’Zab Valley. Shops were also burned in Berriane as the violence spread to the other cities of the M’Zab (El-Watan [Algiers], January 26).

For years, Berbers have accused the Algerian Gendarmerie Nationale of pro-Arab bias and of even encouraging Arab rioters, charges that seemed to have been confirmed when three officers were suspended after a video emerged showing their participation in violence that resulted in the death of a young Berber (AP, January 29). According to a local Mozabite activist, “We are Algerian citizens first. We want justice and the truth to be told about what happened in Ghardaïa and that crimes be punished. Those officers whose bias has been proven need to be punished. We say no to violence, no to impunity, yes to tolerance” (El-Watan [Algiers], January 26).

Violent clashes between the Arab and Berber communities in Berriane began in March 2008 and continued at lesser levels throughout that year until mass violence broke out again in April 2009 (El-Khabar [Algiers], May 20, 2008; Tout sur l’Algerie, April 17, 2009). Heated protests against endemic unemployment in the midst of an oil-producing region were common in the first half of 2013, reflecting growing tensions in the area. Much of the violence has been carried out by youth gangs from the Berber and Arab communities. 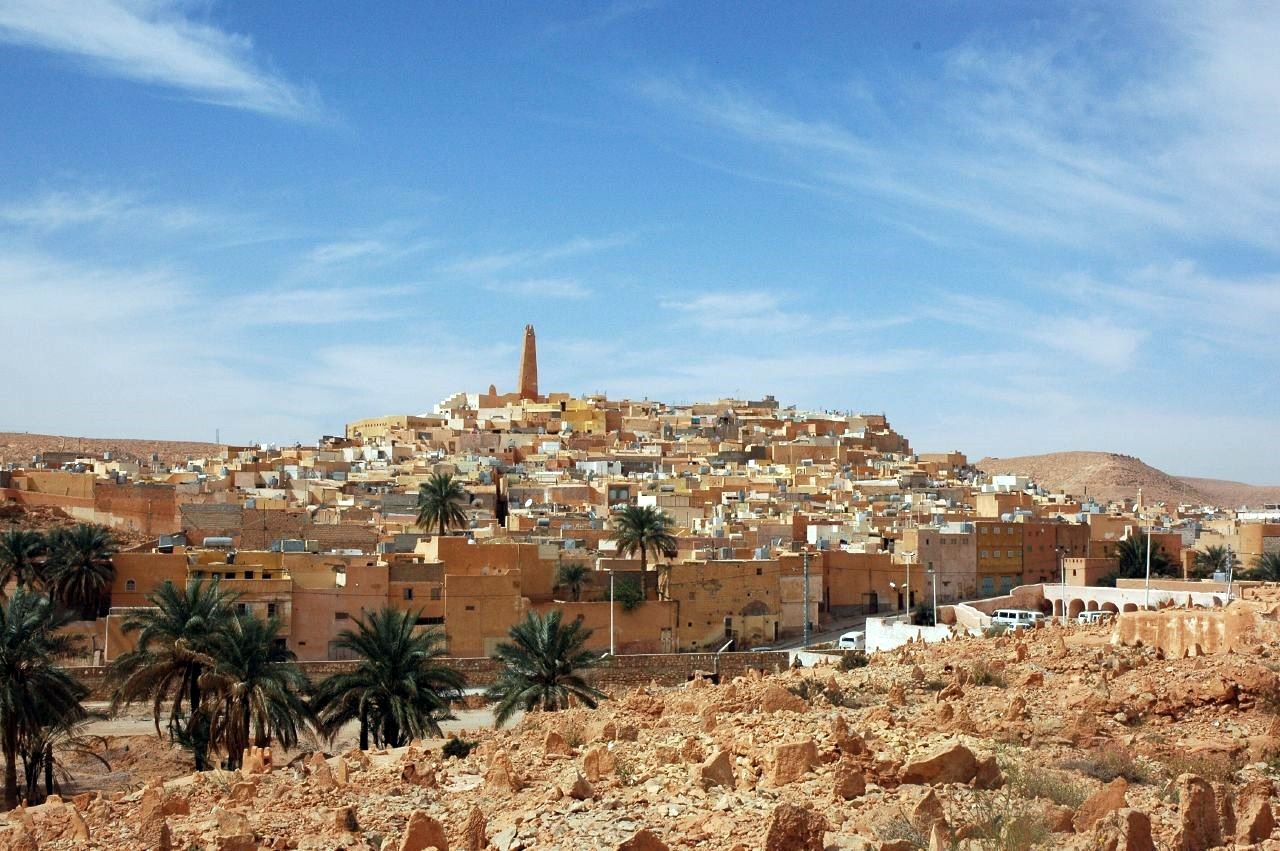 The fighting pits the Chaamba Arabs, who follow the Maliki madhab (one of the four orthodox schools of Islamic jurisprudence) and the Mozabite Berbers, who follow the non-orthodox Ibadite form of Islam. Ibadite Islam is a more moderate offshoot of the early Islamic Kharijite movement, whose advocacy of jihad against rulers they deemed insufficiently Islamic led to nearly two centuries of conflict in the Islamic world. The Ibadite movement retained a socially conservative attitude with an emphasis on the Quran and a more tolerant attitude towards other forms of Islam. Most remaining Ibadites are found in Oman, but smaller communities can be found in isolated oases and islands in Libya, Tunisia, Algeria and Zanzibar. Mozabite conservatism is now under stress from both young Mozabites who have been educated elsewhere and from new non-Mozabite arrivals in the M’zab Valley. Despite the insularity of the Mozabite community, the Mozabites have nonetheless built a commercial network linking the M’zab with the cities of the Mediterranean coast.

The Berbers of the M’Zab can trace their lineage back to the regional Berber capital of Tiaret in northern Algeria. When Tiaret was taken by the Fatimid Shiites in 933, Ibadi Berbers began to move south, first to Ourgla Oasis, and finally on to M’Zab in the early 11th century.  They were followed by other Ibadi Berbers escaping pressure from new waves of Arab tribesmen arriving from the Arabian Peninsula (particularly the Banu Hillal). Ghardaïa, the largest city in the M’zab with over 90,000 residents, was first settled in 1097. The valley is now home to over 400,000 people. The traditionally nomadic Chaamba began settling in the M’Zab oases one hundred years ago, a process that has been accelerated in recent decades by the growth of the petroleum industry, loss of pastures and government discouragement of nomadic lifestyles. The two communities have never integrated in M’Zab. Whenever communal violence breaks out, both communities typically blame the other. However, despite the sectarian and ethnic differences between the Berbers and Arabs, many residents claim the fighting is actually being fuelled by rivalries between drug smuggling networks working in the area (AFP, January 30).

The M’zab consists of seven cities about 600 kilometers south of Algiers,, including a cluster of five in the south (the “pentapolis”); Ghardaïa, al-Atteuf, Melika, Bani Isguen and Bounoura, with two other more isolated communities, Berriane and Guerrara, lying further north. The strategic location of the M’zab Valley at the upper edge of the Sahara desert made it an important crossroads for various trans-Saharan trade routes. After the arrival of the French in Algeria in the mid-19th century the Mozabites paid a tribute in exchange for autonomy but the entire region was eventually annexed by France in 1882.

Aside from the death of three Mozabites in the latest sectarian violence, the most shocking development was the Chaamba destruction of the tomb of Amir Moussa, a UNESCO designated world heritage site (Agence Kabyle d’Information, January 14). The Amir was a Mozabite leader of the 16th century who is ironically remembered for leading efforts to integrate the Arab nomads into the M’zab community in 1586 (AFP, January 30). The ancient Mozabite cemetery in Ghardaïa was also destroyed by marauding Arab youths.

On January 27, Mozabite activist Dr. Kameleddine Fekhar issued a statement purportedly speaking on behalf of the Mozabite community that demanded the departure of the Abd al-Malik Sellal government and urged a boycott of April’s upcoming presidential election. The statement complains of the “racist aggression” of police-supported militias armed with swords and knives that pillage and burn at will. Arrests followed by torture are determined solely on a racial basis, according to the statement (Siwel – Agence Kabyle d’Information, January 29). Prime Minister Sellal visited M’Zab in January when tensions seemed to be easing, but fighting erupted with new intensity only days after his departure.

This article first appeared in the February 6, 2014 issue of the Jamestown Foundation’s Terrorism Monitor.