At the conclusion of a three-day battle, experienced Houthist fighters stormed the ancient Yemeni walled city of Amran on July 8, killing some 200 people in the process and displacing at least 35,000 before beginning a manhunt for remaining security officials (al-Sharq al-Awsat, July 10). Amran is the capital of the Amran governorate and the home of ex-president Saleh and the powerful al-Ahmar clan. With the Houthists now established only 50 kilometers away from the capital, Yemen’s cabinet met to condemn the offensive and issue a statement that said: “We hold the Houthis legally and morally responsible for what is happening in Amran and the implications of this on the security and stability of the homeland” (al-Sharq al-Awsat, July 10). At the same time, the Yemeni Air Force was striking targets within Amran, including the captured headquarters of the 310th Armored Brigade (Yemen Times, July 10). Soviet and Saudi-trained Brigadier General Hamid al-Qushaibi, an ally of the Islamist Islah (Reform) Party and commander of the 310th Brigade, was killed soon afterwards in ambiguous circumstances, with the Houthis claiming he was found dead and the Islah Party insisting he was executed by Houthist insurgents (Yemen Times, July 15). 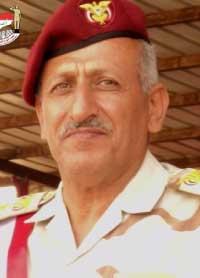 The Houthis are a religious-political movement in northern Yemen that has fought a series of wars with the central government. The Houthis are Zaydi Shiites, but so are most of their opponents in the Hashid tribal confederation, which includes the powerful al-Ahmar clan. Even religious differences between the Zaydis and the Shafi’i Sunni population of Yemen (a slight majority since unification with the largely Sunni south) are minimal, though the small but growing Salafist community in Yemen takes a sterner view of Zaydi Shi’ism.
Fighting between the Houthis and al-Ahmar tribesmen in Amran governorate began last October. Clashes between the Houthis and Yemen’s 310th Armored Brigade began in March after troops denied armed Houthists entry to Amran City (Yemen Times, July 10). By June the Houthists were battling the 310th Armored Brigade and tribal militias over the approaches to Amran city.

After driving the 310th Brigade from Amran, the Houthists began artillery exchanges with units of the 6th Military Command based in the mountains outside Amran City. The 6th Military Command withdrew on July 13 to allow the replacement of both it and the 310th Brigade in Amran with troops belonging to the 9th Brigade, a unit based in Houthist-controlled Sa’ada that is viewed as less inimical to the Houthist movement than the withdrawn units (Yemen Times, July 15). 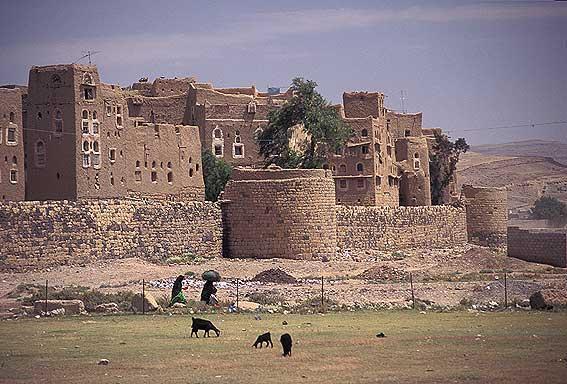 Although the 310th Brigade made an effort to hold the city, there were concerns over the ease with which the local Special Security Forces camp was overrun, with accusations from observers of a “hand-over” and an “act of treason” (Yemen Times, July 10). Shortly after the Houthist occupation of Amran, new clashes broke out between Houthist fighters and tribal militias affiliated with the Islah Party in neighboring al-Jawf governorate. The UN Security Council addressed the situation on July 11, demanding that the Houthis withdraw from Amran while promising sanctions against those parties determined to be inhibiting a political solution in Yemen (al-Jazeera, July 12). The Houthists have begun to use the Islah Party’s ties to the Muslim Brotherhood to characterize Party members as “terrorists,” as they are now described in Egypt (Yemen Post, July 16). The Saudi government has also recently backed off from its traditional support of the Islah Party due to the Party’s connections with the Brotherhood.

An agreement was reached to allow Houthist forces in Amran city to be replaced by forces under the command of the Defense Ministry; however, even after the withdrawal agreement, a large-scale al-Houthi presence continued in Amran city and nearby areas (Yemen Times, July 15). [1]

A series of presidential decrees have already removed Hadi’s biggest challengers for control of the military, sending Ahmad al-Ahmar, ex-president Saleh’s son and commander of the Republican Guard, to the United Arab Emirates to serve as Yemen’s ambassador. General Mohsin was relieved of his command of the First Armored Division and made special military advisor to the president. Shortages of pay have aggravated the situation in the military, provoking a series of small mutinies in the army and the security forces. The fact that the central government has no other means than negotiation to persuade the troops to return to their duties only encourages further such events.

This article was originally published in the July 24, 2014 issue of the Jamestown Foundation’s Terrorism Monitor.