The ongoing Israeli military operations in Gaza have benefitted from the knowledge that Israel’s northern border with Lebanon is not being threatened by the Shi’a Hezbollah movement of Lebanon, the senior partner in the anti-Israel “Resistance” movement. With Hezbollah occupied with its own military operations in Syria and Lebanon’s Beka’a Valley (and possibly now in Iraq), the frontier has remained largely quiet throughout Israel’s “Operation Protective Edge” in Gaza, with the Lebanese Army and UN peacekeepers working to prevent rockets from being fired into Israel from southern Lebanon. In late July, Hamas’ political bureau deputy chief, Dr. Musa Abu Marzuk, appealed to Hezbollah to intervene in the Gaza conflict: “We hope the Lebanese front will open and together we will fight against this formation [Israel]… There’s no arguing that Lebanese resistance could mean a lot” (RIA Novosti, July 30). 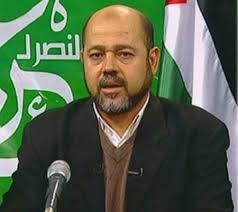 Hezbollah was once able to present itself as the defender of Lebanon and the champion of the anti-Israeli Resistance, but circumstances prevent Hezbollah leader Sayyid Hassan Nasrallah and the rest of the Hezbollah leadership from resuming these roles. Lebanon is now experiencing severe economic problems while hosting over a million refugees from the Syrian conflict. Hezbollah fighters are deeply engaged in the Syrian conflict as well as assuming an important role in preventing Sunni jihadists from Syria from operating in the hills surrounding the Beka’a Valley in north-eastern Lebanon (al-Arabiya, July 26; for Hezbollah attempts to reposition itself as an anti-terrorism force, see Terrorism Monitor, April 18). Other factors working against Hezbollah support for Hamas include local suspicion and resentment arising from Hezbollah’s Syrian intervention and the current strained relations between the two groups. There are also perceptions within Lebanon that Hezbollah has a controlling influence over the Lebanese military and security forces. These forces are currently overstretched and awaiting the supply of $1 billion worth of new French weapons in a deal financed by the Saudis (Daily Star [Beirut], August 5).
Nasrallah’s first public remarks on the current Gaza conflict were not made until July 25, when the Hezbollah leader warned Israel against going to the level of “suicide and collapse” by continuing its campaign in Gaza, while assuring “our brothers in Gaza” that “we will do everything we can to support you” (AP, July 25). Nasrallah elaborated on his remarks in an interview a few days later:

We in Hezbollah will be unstinting in all forms of support, assistance and aid that we are able to provide. We feel we are true partners with this resistance, a partnership of jihad, brotherhood, hope, pain, sacrifice and fate, because their victory is our victory, and their defeat is our defeat… As far as the situation on the battlefield goes, we are winning. Yes, the correlation of forces is beyond comparison, but we have men who are capable of stopping and vanquishing the aggressor (RIA Novosti, July 30).

Nasrallah had earlier made calls to both Hamas chief Khalid Mesha’al and Palestinian Islamic Jihad leader Ramadan Abdullah Shalah to express his support for their struggle against Israel (Daily Star [Beirut], July 22). Despite an increasing political distance between the Sunni Hamas movement and the Shi’a Hezbollah movement due to growing sectarian tensions throughout the Middle East (particularly in Sria) and Hamas’ ties to the now-deposed Egyptian Muslim Brotherhood, there are claims that the military arms of the two movements continue to cooperate (Al-Monitor, July 24). 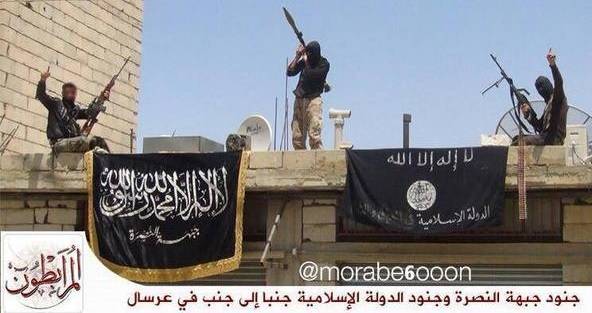 The northeastern Lebanese border town of Arsal has been the scene of bitter fighting in recent days as Lebanese troops of the mechanized 5th and 6th Brigades and the light 8th Brigade move into the region to combat an estimated 4,000 Sunni gunmen of the Nusra Front, most of whom arrived from Syria (al-Manar [Beirut], August 4). Also operating in the Qalamoun region are Islamic State forces under the command of local amir Abu Hassan al-Filastini (al-Akhbar [Beirut], August4). Hezbollah is working alongside Lebanese Army troops around Arsal while also working with the Syrian Army to destroy Islamist forces (particularly the Nusra Front) operating in Syria’s Qalamoun region. Hezbollah is reported to be aided in the region by a group of advisors from the Iranian Revolutionary Guard who arrived there in mid-July (Daily Star [Beirut], July 22).

The anti-jihadist operations are intended in part to pre-empt a planned Islamist offensive (Laylat al-Qadr – “Night of Power) against Lebanese border villages intended to abduct hundreds of Lebanese citizens to give the jihadists a bargaining chip in obtaining the release of dozens of their comrades from Lebanon’s Roumieh Prison. Other residents of the region were to be slaughtered in order to provoke a sectarian conflict within Lebanon (Daily Star [Beirut], July 22; July 26; July 27). The planned operation came after an earlier scheme to enable a jailbreak by blasting the Roumieh Prison gates open with a car-bomb was foiled by Lebanese intelligence (al-Sharq al-Awsat, July 5). Lebanon’s Sunni Prime Minister, Tammam Salam, has ruled out any kind of political deal with the Sunni gunmen on the frontier (Reuters, August 4).

Hezbollah has cut the jihadists’ supply lines in the region between Qalamoun and Arsal while the Syrian Air Force conducts air-strikes against concentrations of gunmen in the mountains in anticipation of a major joint Hezbollah-Syrian Army-Lebanese Army operation to flush out the gunmen and eliminate their presence in the border region. While likely to be militarily effective, the prospect of Hezbollah operating closely with the officially secular Lebanese Army has alarmed many Sunni leaders within Lebanon. In addition, Arsal is predominantly Sunni and generally in sympathy with the Syrian jihadists, leading to the possibility of a joint operation as described sparking a sectarian confrontation within Lebanon (Daily Star [Beirut], July 31).

With most of its best fighting cohorts operating in Syria or northern Lebanon, Hezbollah is reluctant to renew hostilities with Israel at this time. A war on two fronts would not be sustainable, and Hezbollah is well aware that the Israeli Defense Forces have been using their repeated ground offensives into Gaza to develop the new methods and tactics necessary to avoid a repetition of their failure to overcome Hezbollah forces in 2006.

This article first appeared in the August 7, 2014 issue of the Jamestown Foundation’s Terrorism Monitor.