As both clashes with rebels and punitive violence increase in intensity within Syria, there have been numerous accounts of foreign jihadis entering Syria to exploit the struggle in furtherance of global Salafist-Jihadi objectives. However, such efforts encountered resistance last week from the official Saudi religious establishment. Shaykh Ali Abbas al-Hikmi, a member of the Saudi Council of Senior Scholars, issued a fatwa (religious ruling) on June 7 forbidding Muslims from initiating or participating in a Syrian jihad. While acknowledging that Syrians were “facing injustice, persecution and the force of an arrogant and haughty regime,” al-Hikmi made it clear that the decision to launch a jihad could only be made “under the authority of the guardian” (i.e. responsible authorities) in harmony with a nation’s foreign policy: “Everything is linked to a system and to the country’s policies and no person should be allowed to disobey the guardian and call for jihad” (al-Sharq al-Awsat, June 7; al-Akhbar, June 7). The senior cleric’s decision appears to have been spurred by growing calls on Saudi social media for individuals to travel to Syria to partake in a jihad against the Assad regime (al-Shorfa, June 7). 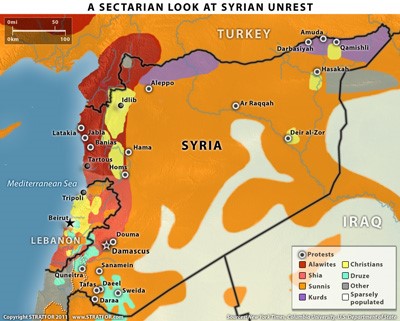 Similar anti-jihad fatwas have had little impact in the past, as Salafist-Jihadis tend to regard members of the Saudi religious establishment as compromised scholars and respect only those rulings issued by scholars sympathetic to their movement and its aims. Most relevant to those Salafi-Jihadis entering Syria are the three fatwas regarding the status of the Alawite community (to which the Assad clan and many of Syria’s ruling class belong) issued by Shaykh Taqi al-Din Ibn Taymiyya (1263-1328), the intellectual hero of the Salafi-Jihadist movement. Issued while Muslim Mamluk rule of Syria was threatened by Mongol invasion, these fatwas collectively describe the Alawis as “deceptive unbelievers” whose rejection of Islam is greater than that of the Jews and Christians: “Their religion externally is [Shi’ism] but internally it is pure unbelief.” [1]

The Alawi community has been the subject of more favorable fatwas in the past, though these are unlikely to influence the Salafi-Jihadists. A fatwa issued by Grand Mufti of Jerusalem al-Hajj Muhammad Amin al-Husayni (best remembered now for his pro-Nazi sympathies) recognized the Alawis as Muslims and played a large role in their acceptance into the Islamic community of the region. [2] Musa Sadr, the influential Iranian-born founder of the Afwaj al-Muqawama al-Lubnaniya (AMAL – Lebanese Resistance Detachments), issued an important fatwa in 1974 affirming that Alawis were members of the Twelver Shi’a community (the dominant Shi’a faction in both Iran and southern Lebanon) before he and two companions disappeared during a 1978 visit to Mu’ammar Qaddafi’s Tripoli. [3]

The Saudi government has been generally supportive of the opposition Free Syrian Army (FSA) and would like to see foreign support directed to that group rather than encourage another round of radicalization of young Saudis in militant jihadi organizations, as happened in Afghanistan and Iraq. This position was supported by another member of the Council of Senior Scholars, Shaykh Abdullah al-Mutlaq, who emphasized that it is the FSA that is “in charge of fighting and jihad in Syria and should be supported” (al-Akhbar/AFP, June 7). However, the Saudi position has been characterized elsewhere in the Arab world as too close to the stance of the United States – typical of these characterizations was the recent suggestion by an Israeli-based Arab daily that the Saudis and the Arab League were trying “to victimize Syria and sacrifice it on the shrine of colonialism. We don’t know which Arab country is going to be next” (Ma’a al-Hadath [Tamra], June 8). On February 26, popular Saudi scholar Dr. A’id al-Qarni used a television broadcast to issue a fatwa calling for the death of Bashar al-Assad, whom he described as a heretic who had lost his legitimacy as a ruler and “a murderer who killed hundreds of children and destroyed mosques instead of protecting the Golan Heights.” [4]

Syrian authorities have in the past gone out of their way to mock the fatwas of the Saudi religious scholars as both backwards and dangerous. On April 5, Syria’s permanent representative to the United Nations Dr. Bashar Ja’afari told a press gathering:

I have good news for you. The Saudi Mufti… has issued a fatwa saying young people now have the right to enter the malls and supermarkets… Could you believe it? We are on April the 5th, 2012, and the Saudi Imam is still thinking about whether the young people should have access to the malls or not. The second good news, another fatwa from the same Imam, saying that women could attend football matches but in separate places, and they should not raise their voices when they get excited by the game, and they should abstain from attracting the attention of the males… The third good news… the same Imam said that all churches in the Gulf area should be destroyed and that a Christian or a Jew should not have the right to be buried in the area of the Gulf States. We are April the 5th, 2012, and we still hear such ridiculous and provocative statements coming from Saudi Arabia on behalf of people who call themselves the Custodians of the Holy Shrines. [5]

Official Syrian media has also suggested that the recent Saudi fatwa calling for a ban on new Christian churches in the Arabian Peninsula and the demolition of existing churches “could also give a boost to the armed Islamists within Syria, who already persecute, kidnap, torture and kill Syrian Christians” (Syria News, March 24).

Last February, 107 prominent Islamic scholars signed a statement denouncing the Syrian regime with the following rulings and calls for action:

• Members of the Syrian security forces are forbidden to kill citizens or discharge weapons in their direction. It is their duty to desert and disobey orders, “even if that means being killed.”
• Members of the regular army and security forces should join the Free Syrian Army to protect civilians, cities and public institutions.
• It is a duty for all Muslims to support the revolutionaries in Syria “so that they can successfully complete their revolution and attain their rights and their freedom.”
• Arab states must take a firm stand against those members of the international community, such as Russia and China, which continue to support the Syrian regime.
• In a gesture of magnanimity towards the Alawi community and a warning to Islamist radicals, the scholars said it was essential to “protect the ethnic and religious minorities which have lived for more than a thousand years as part of the Syrian people,” noting that only the regime bears responsibility for its crimes, “and not the minorities they may belong to.”

Among the signatories were Shaykh Yusuf al-Qaradawi of Qatar, Shaykh Ali Guma’a (Chief Mufti of Egypt), Shaykh Rashid Ghanouchi of Tunisia, and Shaykh Abd al-Majid al-Zindani of Yemen. [6] Al-Qaradawi, a highly-influential Doha-based member of the Egyptian Muslim Brotherhood, recently condemned the pattern of hereditary succession intended or achieved in Arab republics such as Libya, Egypt, Tunisia, Yemen and Syria before predicting the “downfall and annihilation” of Bashar al-Assad (Gulf Times Online [Doha], June 9).