In an interview with a Nouakchott daily, Jemil Mansour, leader of the Islamist Rassemblement national pour la réforme et le développement (RNRD Tawassoul), compared the demonstrations in Egypt to the situation in Mauritania, where General Muhammad Ould Abdel Aziz seized power in a military coup in 2008 and then won the presidency in the election that followed in 2009:

I think the situation in Mauritania is a little different… The situation in Mauritania is still recoverable. But without political reform, the economic and social situation will worsen and lead to revolutionary acts of the citizens. These preventive reforms require a political opening, a real dialogue to find a solution to the problems of prices, unemployment, the problems of national unity and a merciless fight against slavery [which continues to be a social problem in Mauritania] (Quotidien Nouakchott, February 3, 2011). 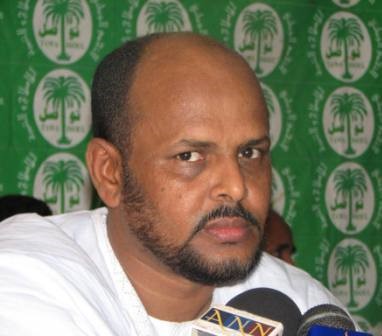 The Islamist leader pointed out that the West prefers to promote democracy at home while encouraging dictatorships in the Arab-Muslim world: “Islamist parties tolerate not only democracy; they defend it whether the people vote for them or for secular regimes… The examples of Turkey, Morocco, Indonesia and Malaysia confirm that the Islamist parties can play the democratic game perfectly well” (Quotidien Nouakchott, February 3, 2011).

Ahmed Ould Daddah, the leader of the Regroupement des forces démocratiques (RFD), the country’s largest opposition party, also warned that “The causes that led to a revolt in Egypt are the same, if not worse in Mauritania,” adding that President Abdel Aziz must “go before it is too late” (AFP, January 31, 2011). Like the regimes in Algeria and Egypt, Mauritanian authorities have responded to the political unrest by increasing subsidies on food staples like sugar, rice, cooking oil and flour (Quotidien Nouakchott, February 2, 2011).

Meanwhile, al-Qaeda in the Islamic Maghreb (AQIM) appeared to be trying to precipitate such a confrontation with a failed long-distance raid on Nouakchott they later described as an attempt to kill the Mauritanian president. Mauritanian authorities apparently received a tip (possibly from French surveillance aircraft or American satellites) that three AQIM 4x4s had crossed from Mali into the southeast Nema district of Mauritania and were heading for Nouakchott.

A puzzling aspect of the infiltration is presented by government reports that one of the vehicles approached the Nema military barracks in an apparent attempt to duplicate a similar suicide attack last August (AFP, February 2). The vehicle was driven off by fire from the garrison, suggesting the vehicle’s approach was unintentional. At this point the AQIM team was presumably unaware their presence had already been detected, and an attack on the barracks would have disclosed their presence in Mauritania before being able to carry out an attack on the Mauritanian president in Nouakchott.

The lead vehicle was spotted by a Presidential Guard patrol 12 km south of Nouakchott in the early hours of the morning. Perhaps unaware the vehicle was packed with explosives for use in a suicide bombing, the troops shelled the vehicle with a mortar at relatively close range. Shrapnel from the resulting explosion injured nine soldiers and was heard in several districts of the capital. The blast left a crater eight meters deep and four meters wide (Quotidien Nouakchott, February 3, 2011; AFP, February 2, 2011).

A later statement by an AQIM spokesman disputed this version of events, claiming the explosives in the vehicle were deliberately detonated by its occupants. According to the spokesman, the unit sent to carry out the operation was composed of several nationalities (including two “veteran” Mauritanian members) and was planning to “assassinate Aziz” in retaliation for Mauritania’s military cooperation with France in operations against AQIM. The spokesman promised videotaped “martyrs’ wills” would verify these claims (Agence Nouakchott d’Information, February 2, 2011).

According to Mauritanian security sources, another vehicle carrying two AQIM members at first gave indications it intended to flee, but then turned on its pursuers, injuring one security officer (who later died) before seizing his weapon and fleeing in the direction of the Senegal River, where Senegalese troops had been deployed to prevent the fugitives from crossing (AFP, February 3, 2011). One suspect was later detained in the Brakna region near the Senegal border after locals alerted authorities, while the second blew himself up when encircled by security forces (Reuters, February 6, 2011). The two AQIM operatives in the third vehicle were captured.

A French Foreign Ministry spokesman said France was not ruling out the possibility French establishments in Nouakchott were among the intended targets. One of those arrested was a national of Guinea-Bissau, who told investigators the targets included a Nouakchott military barracks and the French Embassy (AFP, February 2, 2011). The French Embassy was previously targeted by a suicide bomber in 2009. Despite the casualties to the Presidential Guard battalion, the operation presented Mauritanian authorities with a notable success in its continuing efforts to combat AQIM.

This article first appeared in the February 10, 2011 issue of the Jamestown Foundation’s Terrorism Monitor.