According to Algerian security sources, an ambush set by the Mauritanian army along the border with Algeria narrowly missed killing a number of high-profile members of al-Qaeda in the Islamic Maghreb (AQIM) (al-Jazeera, July 25, 2009). The Mauritanians launched the operation after receiving intelligence information suggesting AQIM operatives were present in Mauritania’s eastern desert, preparing new attacks to divert pressure on AQIM fighters in northern Mali and Niger. Mali is in the midst of an offensive using Tuareg and Arab militias against the AQIM presence in Mali’s difficult northern desert. Among those in the AQIM force who escaped the ambush near the Algerian border were the so-called “Amir of the Sahara,” Yahya Jouadi (a.k.a. Yahya Abu Ammar), AQIM’s chief qadi (judge) in Algeria, Abelrahman al-Tantaghi (a.k.a. Abu Anas al-Mauritani), and three other senior members, including two Mauritanians and a Moroccan. 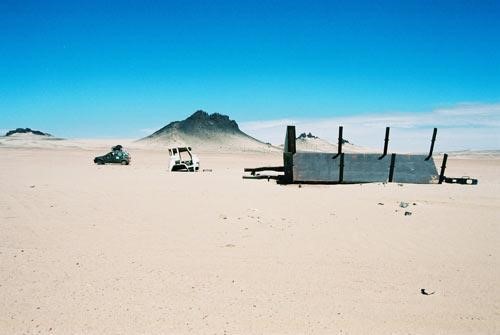 Two Islamist militants believed to be AQIM operatives were arrested in Nouakchott on July 17, following a shoot-out with security forces. State security chief Mohamed Lemine Ould Ahmed said the pair had come from Mali and were responsible for the June 23 murder of American citizen Christopher Leggett, who ran a computer and language school in the Mauritanian capital (Le Mali en Ligne, July 2, 2009; AFP, July 18, 2009). AQIM claimed responsibility for the murder. The remaining two members of the four-man cell, Didi Ould Bezeid and Mohamed Abdallahi Ould Hmeimed, were arrested in the following days (AFP, July 25, 2009).

Mauritania, Mali and Algeria have agreed on greater military cooperation to deal with AQIM, which exploits national borders and hostile terrain to maintain their activities in the Saharan region.

Following his victory in the July 18 presidential elections disputed by the opposition, General Mohamed Ould Abdelaziz vowed to renew efforts to eliminate terrorism in Mauritania. General Abdelaziz took power in an August 2008 coup, using the threat posed by terrorism as one of his main justifications for seizing power from a democratically elected president, Sidi Ould Cheikh Abdallahi. The General has pledged to increase the size and efficiency of the army but has also promised to address the causes of terrorism. “We need to fight terrorism in terms of security but also by improving the living conditions of the people and fighting ignorance” (BBC, July 20, 2009).

This article first appeared in the July 30, 2009 issue of the Jamestown Foundation’s Terrorism Monitor.