Despite a series of reports suggesting that al-Qaeda in the Arabian Peninsula (AQAP) Deputy Leader Sa’id al-Shihri (a.k.a. Abu Sufyan al-Azdi) had died in an explosion while manufacturing a bomb on February 9, there are now indications that the veteran jihadist is still alive (for al-Shihri, see Terrorism Monitor, September 9, 2010; January 14, 2011). 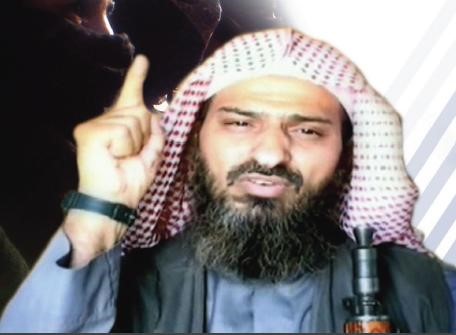 A native Saudi, al-Shihri spent six years in the Guantanamo Bay detention center before being released to a Saudi rehabilitation program in 2007. After completing the apparently ineffective rehabilitation, al-Shihri left for Yemen, where he joined up with al-Qaeda elements, soon becoming a high-ranking member of the newly formed al-Qaeda in the Arabian Peninsula, which united Yemeni and Saudi militants.

Initial reports claimed that al-Shihri was killed together with five other members of AQAP (including an unnamed senior figure) while building an explosive device in the Lawdar district of Abyan governorate (Yemen Post, February 12; al-Ittihad [Abu Dhabi], February 12). Lawdar was the scene of heavy fighting between government forces and al-Qaeda fighters last summer (see Terrorism Monitor Brief, September 16, 2010).

Brigadier Abd al-Razaq al-Maruni, the security chief for Abyan governorate, was quoted by a Saudi daily as having told the paper by telephone that “We have received confirmation that al-Shihri was killed in Lawdar in Abyan.” However, Interior Ministry spokesman General Mansur al-Turki said his ministry had no such information, as did the Yemeni embassy in Riyadh (al-Watan [Riyadh], February 14, 2011).

The next day, Brigadier Abd al-Razaq al-Maruni used the Defense Ministry website to deny reports of al-Shihri’s death (including any statements attributed to him by local media), describing such reports as a likely effort to mislead security forces (26sep.net, February 14, 2011; Saba [Sana’a], February 15, 2011).

A tribal figure from the Lawdar area who works as a mediator between the government and AQAP told a Yemeni daily that al-Shihri’s death was “absolutely not true. We are among them [al-Qaeda] and nothing happened.” The report was also denied by other local residents, who said such an event could not take place without them hearing about it (Yemen Observer, February 15, 2011). AQAP has yet to release a statement on the alleged incident.

Female relatives of al-Shihri scandalized Saudi officials earlier this month when they protested the detention of family members outside the Interior Ministry in Riyadh. The women were unaccompanied by male guardians and authorities promised an investigation into how they were able to travel to the Saudi capital without male relatives as escorts (Gulf News, February 6, 2011).
This article first appeared in the February 24, 2011 issue of the Jamestown Foundation’s Terrorism Monitor.