Pakistan’s Geo-TV has released a video interview with al-Qaeda’s operational commander in Afghanistan, the Egyptian militant Mustafa Abu al-Yazid (a.k.a. Shaykh Sa’id). With a rifle by his side, Abu al-Yazid gave the Arabic-language interview from an undisclosed location in Khost, across the border from Pakistan’s Waziristan tribal agency (Geo-TV, July 22). 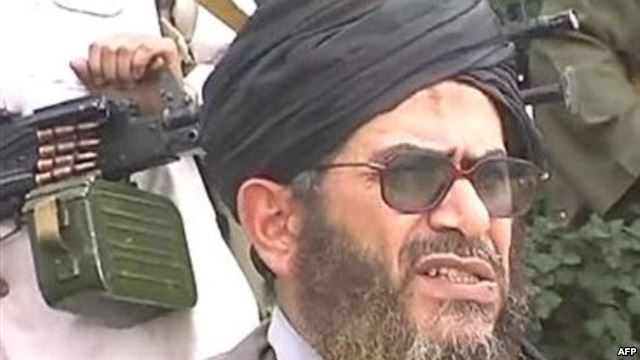 A veteran jihadi, Abu al-Yazid was imprisoned along with Dr. Ayman al-Zawahiri in Egypt following the assassination of Anwar Sadat in 1981. After joining up with Bin Laden in Pakistan in the early 1990s, Abu al-Yazid became al-Qaeda’s financial manager during Bin Laden’s stay in the Sudan. He later aided in the financing of the 9/11 attacks despite his reported opposition to the operation.

Abu al-Yazid confirmed al-Qaeda’s responsibility for the 9/11 attacks and the 1998 embassy attacks in east Africa, but denied an al-Qaeda role in last year’s mosque bombings in Pakistan. He described the June 2 bombing of the Danish embassy in Islamabad that killed six Pakistanis as an al-Qaeda operation carried out by a young militant from Mecca who was enraged by the cartoons of the Prophet Muhammad published in Denmark: “We are proud of that attack, and I congratulated my colleagues for conducting it successfully.”

Abu al-Yazid also called for more Pakistanis to join the al-Qaeda/Taliban struggle: “In fact it is obligatory for them to render this help and is a responsibility that is imposed by religion. It is not only obligatory for residents of the tribal regions but all of Pakistan.” The Egyptian militant criticized Pakistan’s President Pervez Musharraf for authorizing the arrest of Arab mujahideen and their transfer to American hands: “Pervez Musharraf and his government have committed crimes for which there are no examples in the entire world… This is an ugly spot on Pakistan’s history which cannot be forgotten until doomsday.”

The Egyptian commander confirmed al-Qaeda is in the process of expanding its operations into north Afghanistan and promised that the group would free Afghanistan from foreign occupation “very soon.” Earlier this month Abu al-Yazid issued a statement swearing revenge for the death of al-Qaeda field commander Abdallah Muhammad al-Abid in a firefight with Coalition forces in Afghanistan (Pajhwok Afghan News, July 7).