The combined fleets of the Ottoman Sultan and his Viceroy in Cairo once dominated the eastern Mediterranean.  Beginning in the 19th century, the forces of European imperialism and Arab nationalism began to drive apart the two anchors of Muslim supremacy in the region. Political separation and defeats at sea were followed by a steep decline in naval capacity in both nations. Now, however, new political trends are bringing the Turkish and Egyptian navies together again to restate their military potential in the face of challenges posed by new rivals such as Israel and Iran. 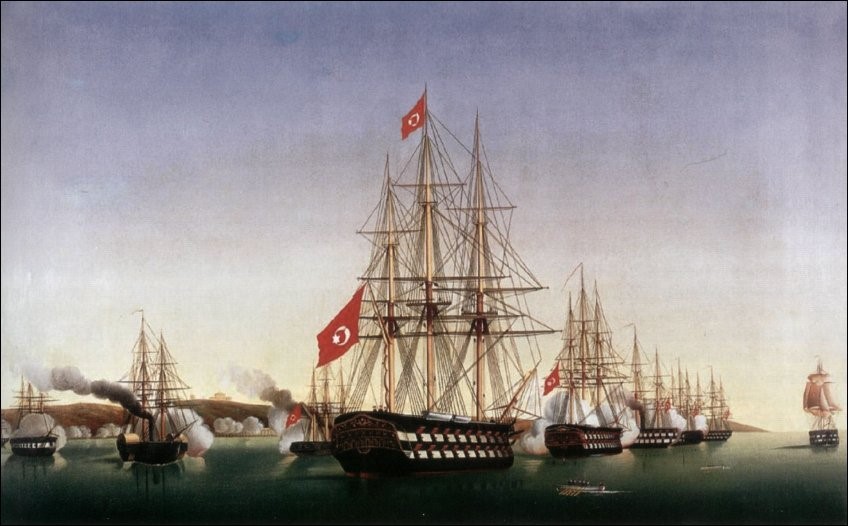 The naval exercises, code-named “Sea of Friendship 2011,” began December 17 and are scheduled to finish on December 23 (Turkish Radio-Television Corporation, December 15).  Turkey is acting as the host nation and the exercises will take place in Turkish waters of the eastern Mediterranean. Egypt’s contribution in terms of ships and personnel is the largest yet in the series of three Turkish-Egyptian annual naval exercises. According to Turkish sources, the Egyptian force will consist of two frigates, two assault boats, one tanker, a helicopter and an underwater assault team, while the Turkish contingent will consist of two frigates, two assault boats, a submarine, a corvette, a tugboat, two fast patrol boats and an underwater assault team (Anatolia News Agency, December 15).

Despite growing tensions between Egypt and Israel, the commander of the Egyptian Navy, Vice Admiral Mohab Mamish, publicly insisted that the naval exercises are not directed towards anyone, but were rather part of an ongoing effort by Turkey and Egypt to maintain peace and security in the region (Ahram Online, December 15). A Turkish press release emphasized the development of mutual cooperation and interoperability between the Turkish and Egyptian fleets (Turkishnavy.net, December 15).

The naval exercise with Turkey follows the Egyptian Navy’s biggest live ammunition war games in its history on October 30 in the seas off the coast of Alexandria. Aside from a number of coordinated operations between the navy’s air and sea assets, the games also provided an opportunity to introduce new speedboats to the Navy (al-Masry al-Youm [Cairo], October 30).

In August, Turkey pulled out of a scheduled naval exercise with Israel and the United States for the second year in a row following the Israeli attack on the Turkish ship Mavi Marmara in May, 2010 (Jerusalem Post, August 6). In September, Turkish Prime Minister Recep Tayyip Erdogan announced a decision to increase Turkey’s naval presence in the eastern Mediterranean in light of the attack on the Mavi Marmara and Israeli gas exploration operations in Cypriot territorial waters disputed by Turkey. At a conference held in Tunisia, Erdogan said “Israel will no longer be able to do what it wants in the Mediterranean and you’ll be seeing Turkish warships in this sea” (AFP, September 15). Ankara is also challenging the legality of Israel’s naval blockade of Gaza.

There have also been suggestions that the exercises will present a show of force to Iran as it pursues an aggressive Middle East policy. Turkish friction with Iran over the conduct of Syria’s repression of its growing internal political opposition has increased in recent weeks, with Iranian leaders suggesting that the Turkish government’s Islamist model is unsuitable for the Arab world (al-Sharq al-Awsat, December 15). Threats from Iranian military leaders that NATO air defense system bases in Turkey would be attacked in the event of an Israeli/American strike on Iran have further aggravated relations between the two regional powers. 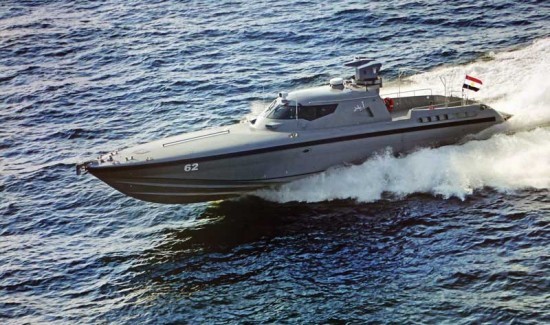 Egypt is in the process of taking delivery of the first of six Turkish-built Yonca-Onuk MRTP-20 (Multi Role Tactical Platform) fast interceptor boats. Some of the boats are being built in yards in Istanbul, while others are being built in Alexandria with technology transfer agreements. Egypt is the fifth country to purchase the MRTP-20, which features the ASELSAN – STAMP weapons system (STAbilized Machine gun Platform), a remote-controlled system which its builders say is designed to defend against asymmetric threats on land or sea-based platforms.

The Egyptian Navy is also preparing to take delivery next year of four Fast Missile Craft being built in Pascagoula, Mississippi by the VT Halter Marine company under a Foreign Military Sales deal worth $807 million. The missile ships will each carry a 76mm gun, Harpoon Block II anti-ship missiles designed for use in littoral waters, MK49 Rolling Airframe surface-to-air missiles and a Close-In Weapon System (CIWS) for self-defense (UPI, October 27; AP November 1). Capable of doing 34 knots per hour with a crew of 40 sailors each, the ships are intended for use in the Red Sea, the Suez Canal and the coastal waters of the Mediterranean.

As Turkey’s former strategic alliance with Israel begins to fade away, Ankara appears to be turning towards the new Arab regimes in Egypt, Libya and Tunisia to strengthen its expanding role in the Middle East. Efforts to increase military cooperation through exercises such as “Sea of Friendship” represent important steps in spreading Turkish influence and exerting a more independent post-Mubarak foreign policy in Egypt.