In late December, South Sudan president Salva Kiir made a state visit to Israel, meeting with President Shimon Peres, Prime Minister Benjamin Netanyahu, Defense Minister Ehud Barak and Foreign Minister Avigdor Lieberman. The visit alarmed many in the traditional Khartoum power structure, including former prime minister Sadiq al-Mahdi, who described the visit as “devilish” and part of an Israeli effort to find new allies after alienating Turkey and losing the cooperation of the Mubarak regime in Egypt (Sudan Vision, December 26, 2011). 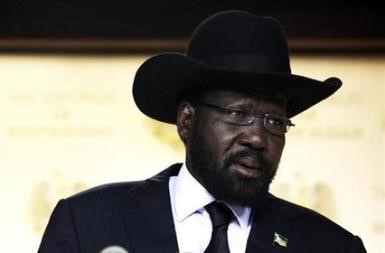 A spokesman for the Sudanese Foreign Ministry said the government was studying the national security implications of Kiir’s visit to Israel, citing Israel’s leading role in an international campaign to “foment” the conflict in Darfur (Sudan Tribune, December 22, 2011).

Also on the agenda was the fate of an estimated 15,000 Sudanese refugees in Israel, many of them Muslims from Darfur and Christians from the South Sudan that the Israeli government would like to return in order to preserve the Jewish character of Israel. Prime Minister Netanyahu likened the arrival of these refugees to “a nationwide plague – in the economy, society, homeland security. There is no obligation to take in illegal infiltrators. This is no longer a matter of making a decision – it’s a necessity, an imperative… Israel’s future as a Jewish and democratic state must be secured” (YNet News, December 27, 2011).

After Kiir’s visit, Israel announced it would send a delegation to South Sudan to investigate means of assisting the new nation. Kiir is reported to have asked for greater cooperation in the fields of technology, agriculture and water development (DPA/Reuters, December 20).

Israel’s interaction with South Sudan goes back to the Anyanya rebellion of the 1960s, when it provided covert training and arms supplies to Southern guerrillas in an effort to open a new front against Khartoum and prevent the deployment of Sudanese troops along the Suez Canal as part of the Arab alliance against Israel. German mercenary Rolf Steiner, fresh from exploits in the Congo and Biafra, attempted to join the Anyanya forces, but was forced to join another separatist faction after what he believed were Israeli objections to his service with Anyanya based on his experience as a teenaged Jungvolk commander in Nazi Germany in 1943-44. [1]

Right on the heels of the South Sudan president’s visit to Jerusalem came the first official visit to Sudan by the Hamas prime minister of Gaza, Ismail Haniya. After arriving in Khartoum on December 27, the Hamas leader predicted the “Arab Spring” would eventually bring victory to the Palestinian resistance and thanked the Sudanese people for their support (Sudan Vision, December 31, 2011).

Haniya was joined in Khartoum by Khalid Mesha’al, the exiled Hamas leader, and Hamas co-founder Mahmoud Zahar as the delegation sought financial support for its reconstruction following the 2008 Israeli attack on the territory as well as political support for recognition of Jerusalem as the capital of the Palestinian state (AFP, December 29). Mesha’al was reported as warning the Sudanese president that Israeli authorities were trying to ethnically cleanse Jerusalem by “Judaizing” the city (Elnashra [Beirut], December 29, 2011; Jerusalem Post, December 30, 2011).

Meanwhile, both the Sudanese and Israeli press have been full of unverified stories alleging Israeli military incursions and airstrikes in the Red Sea coast region of Sudan. In an attack said to have occurred in November, Israeli aircraft were reported to have struck two vehicles in the Wadi al-Allaqi area of northern Sudan near the disputed Hala’ib Triangle region along the Sudanese-Egyptian border (Haaretz, December 25, 2011; December 27, 2011). A second incursion was reported by Sudanese media to have taken place on December 15, involving Israeli Apache attack helicopters landing near a Sudanese radar installation and even Israeli submarines operating off the Sudanese Red Sea coast (YNet News, December 26, 2011). Sudanese officials denied reports that Israeli aircraft had carried out strikes on targets in eastern Sudan on December 18 and 22 (al-Bawaba, December 25, 2011).  A pro-government daily reported that the men killed in a convoy of six Toyota Land Cruisers attacked by Israeli aircraft on December 18 were “gold prospectors”  (Alintibaha [Khartoum], December 24, 2011).

Most of the reports display some confusion over the actual dates and some apparently different reports may refer to the same incident. Colonel Sawarmi Khalid Sa’ad, a spokesman for the Sudanese Army, was adamant that no trace of an aerial incursion had been detected by Sudanese radar and air defense systems (Haaretz, December 25)

Israeli claims that Iran was shipping arms through Sudan and overland through Egypt to Gaza emerged in 2009 just prior to an earlier series of mysterious airstrikes in Sudan’s Red Sea coast region (Jerusalem Post, March 3, 2009).

This article first appeared in the January 12, 2012 issue of the Jamestown Foundation’s Terrorism Monitor.