A recent threat from a prominent Algerian jihadist may expand Algeria’s 14-year-old Islamist revolt to include U.S. military targets in the African Sahara and Sahel. The statement, issued by Mokhtar Belmokhtar (Khaled Abu al-Abbas), comes at a time when the movement is under intense pressure from Algerian counter-terrorism units. In an interview on the website of the Salafist Group for Call and Combat (GSPC), Belmokhtar, a veteran of the Afghan jihad, pledged his support to Osama bin Laden’s al-Qaeda network while recounting the tribulations of a “jihad of conspiracies and disasters.”[1] 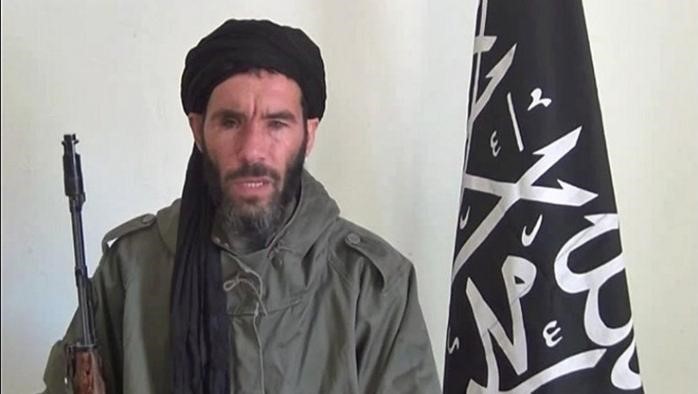 After rising through the GSPC ranks, Belmokhtar disappeared from Algeria for two years, during which time it is believed he was in Mali. In June 2003, there were reports that Algerian commandos and Malian security services had broken up a Belmokhtar-led attempt to attack the U.S. Embassy in Bamako with a truck bomb. After becoming a fugitive in Mali, Belmokhtar returned to southern Algeria to organize the southern command of the GSPC. He was said to have led the January 7, 2005 attack on a military convoy at Biskra that killed 13 Algerian soldiers and five civilians. In the statement, Belmokhtar complains of the establishment of U.S. military bases in Mali and Niger and the future creation of bases in Mauritania and Algeria, claiming that they are a response to reports of GSPC contacts with al-Qaeda.

As part of its national reconciliation policy, the second of Algeria’s two mass amnesties of Islamist radicals took effect on March 13. As part of the amnesty, 2,200 militants (many of whom were involved in savage atrocities) were released from prison while the families of their victims poured into the streets of Algiers in protest. A general amnesty has been offered to fighters still in the field that expires at the end of August. Many GSPC leaders have taken advantage of the offer, each bringing with them their secret knowledge of GSPC activities while promising to encourage other militants to follow their example. The policy is an enormous gamble for the government; rumors abound of ex-prisoners who have returned to arms, but the government has not confirmed any instances of this. Belmokhtar cites the immunity granted to the Algerian military for their role in the civil war as a reason to continue his jihad.

In June 2005, a Belmokhtar-led GSPC raid on the remote Lemgheiti barracks in Mauritania (near the Mali border) killed 15 soldiers. The 150-man assault force apparently contained a large number of Mauritanians who were heard speaking Hassaniya, the Mauritanian dialect of Arabic (Nouakchott Info, June 7, 2005). The attack accomplished little and was even condemned by Mauritania’s Islamist opposition.

With the raid on Lemgheiti, the GSPC demonstrated that they still pose a threat to isolated military outposts, but their ability to attack targets such as U.S. military bases is doubtful. The movement can count only some 500 to 600 fighters, and these cannot be easily concentrated in one place. Many GSPC leaders have been killed or captured in the last few years, including Abu Bilal al-Albani, who is believed to have been Belmokhtar’s liaison with the shrinking northern faction of the movement. Even Belmokhtar’s father has been in touch with the militant to urge him to abandon his struggle against the government (Asharq al-Awsat, January 3). Despite the tiny size of his force, Belmokhtar is not content to take on just the United States and his own government, but has also promised to punish the governments of Mauritania, Niger and Mali for their cooperation with the U.S. military (La Liberté, May 11). 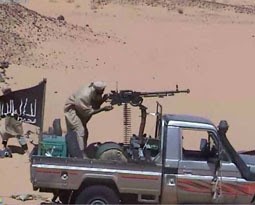 Until now, there has been little credible evidence that the GSPC in Algeria was coordinating their activities with al-Qaeda (declarations of support for al-Qaeda is not the same as operational cooperation). Much of the evidence presented by Algeria’s Department of Intelligence and Security tying the GSPC with bin Laden’s group cannot be independently verified and in some cases has been hotly disputed (Le Monde Diplomatique, February 2005). On May 3, UPI reported that the northern Algeria-based leader of the GSPC, Abu Musab Abdel Wadoud Abdel Malek, made an appeal in a letter to Abu Musab al-Zarqawi for assistance. UPI gave no indication where they obtained the letter, which contains unlikely errors arising either from the translation or the Arabic original.

Despite GSPC declarations of allegiance, it appears al-Qaeda has backed off from its connections to the Algerian militants, whose organization is considered unreliable due to defectors and infiltration by the security services (al-Hayat, June 7, 2005). Nevertheless, the Algerian government has emphasized these “connections” in order to obtain military and counter-terrorism assistance. Based largely on GSPC activities, the United States has upgraded a $7 million regional military assistance program (the Pan-Sahel Initiative) to the $500 million Trans-Saharan Counter-Terrorism Initiative. Despite U.S. expressions of concern that al-Qaeda might create operational bases in the desert (a near impossibility), the new program appears to have more to do with securing emerging petroleum resources in the Sahara/Sahel region.

It is difficult to see how al-Qaeda could provide any direction or material support to Belmokhtar’s militants in south Algeria, who have been increasingly contained in remote regions by Algerian security forces. Aside from the occasional raid or ambush, Belmokhtar’s faction of the GSPC has been more occupied with smuggling than revolution in the last few years (El Watan, January 11, 2005).

In Algeria, the appeal of petro-wealth is now stronger than the urge to continue the misery of La sale guerre (The Dirty War). Rising prices for petroleum products have led to a sudden revival of Algeria’s battered economy and the government is using oil revenues to build infrastructure and pay down its foreign debt ahead of schedule. Belmokhtar and the remaining GSPC holdouts are swimming against the tide of public opinion in Algeria. Even Hassan Hattab, the GSPC founder, now repudiates his association with the group and calls for the remaining militants to take advantage of the amnesty. Belmokhtar’s threat to attack U.S. installations may be seen as an effort to internationalize the GSPC’s war to revitalize a movement that is slowly dying in Algeria.

This article first appeared in the May 17, 2006 issue of the Jamestown Foundation’s Terrorism Focus.