When Tuareg-led Islamist groups advanced into the “no-man’s land” between Islamist-held northern Mali and government-controlled southern Mali, it precipitated a new war in the Sahel/Sahara region that probably neither side expected at this time. 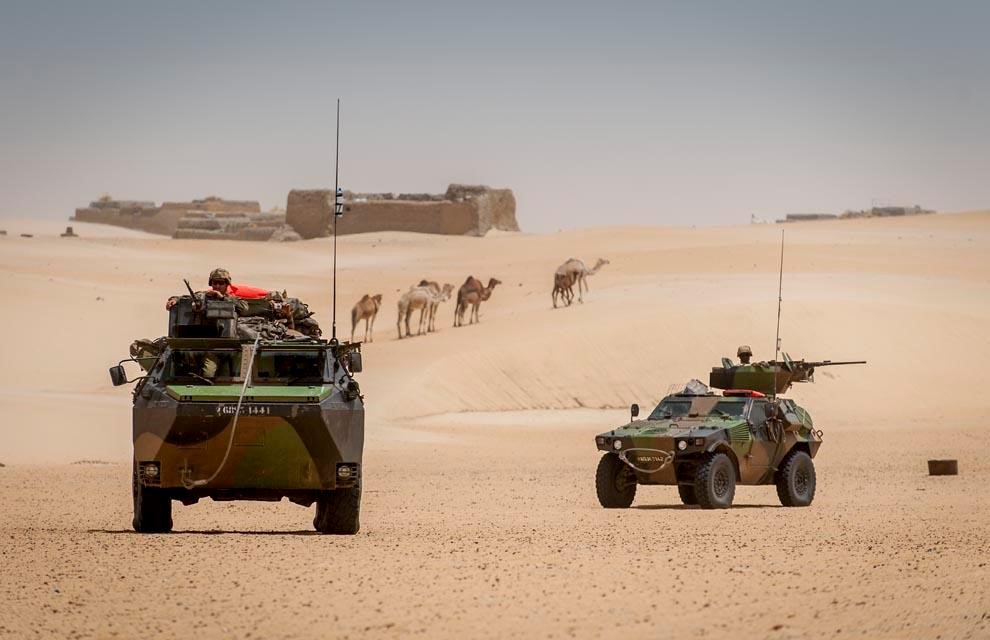 The largely Tuareg Ansar al-Din movement (led by veteran rebel Iyad ag Ghali, a.k.a. Abu al-Fadl) dropped out of peace talks on January 3 and announced it was prepared to resume hostilities after determining Bamako’s negotiators were only playing for time before an international military intervention could be mounted. In pressing south, Ansar al-Din was likely pursuing the following limited objectives rather than making a move on the Malian capital of Bamako:

Unfortunately, the nations with the greatest experience in fighting al-Qaeda militants in the Sahara, Algeria and Mauritania, are not represented in the pro-government forces being assembled in Mali as part of the French-led Operation Serval, though they are taking important steps to seal their borders to prevent the escape of Islamist fighters. Algiers has also approved the over-flight of French military aircraft. On the other hand, nationals of both Algerian and Mauritania are well represented in the Islamist forces occupying northern Mali. Another nation that could make a major contribution to the anti-Islamist coalition is Chad, whose fighters redefined desert warfare in their campaigns against Libya’s military in the 1980s. Chad had expressed interest in joining an international intervention force, but cooled to the idea after Chadian president Idriss Déby Itno decided the force was too badly organized to commit Chadian troops, though he may yet accede to French requests for troops.

ECOWAS Chairman and Côte d’Ivoire President Alassane Ouattara ordered an immediate deployment of the 3,300-man UN-authorized AFISMA on January 11 (PANA Online [Dakar], January 14). However, with the ECOWAS intervention now moved up from its scheduled date of September, 2013, these troops will now arrive with little coordination, planning or training for their mission.

As of January 15, the following international deployments or pledges have been made:

France – 750 French troops are now present in Mali, with an additional 1,750 on their way. Of the existing deployment, 400 soldiers belong to the French Marine Infantry (the Marine Infantry are not amphibious troops in the American and British sense, but are rather the old French colonial infantry designed for overseas service. French marine infantry units have seen significant service in Afghanistan). Most of these troops arrived from the French base in Chad, possibly accompanied by some of the 200 French Foreign Legionnaires stationed there.

French aircraft in Mali include two older Mirage F1 CR fighter jets on loan from the French Operation Epervier, based in the Chadian capital of N’Djamena. These aircraft may have seen service against Libyan forces in the Chadian desert wars of the 1980s. A squadron of Dassault Rafale multirole combat aircraft began bombing operations in Mali on January 13 after flying in from their base in France.

There are also an undetermined number of Gazelle helicopter gunships belonging to the 4e Régiment d’Hélicoptères des Forces Spéciales (4e RHFS), a Special Forces unit based in the Pyrenees town of Pau. Ansar al-Din claims to have destroyed two French attack helicopters already, though French spokesmen have admitted to only one. Unlike previous campaigns against various African rebel groups, Ansar al-Din is well-equipped with modern anti-aircraft weapons looted from Libyan armories.

The existing French deployment includes some sixty armored vehicles and light tanks suitable for desert warfare, many of which have arrived from the French base in Senegal.

France has urged the estimated 6,000 French citizens resident in Mali to evacuate the country.

United States – U.S. Defence Secretary Leon Panetta has asserted that “there is no consideration of putting any American boots on the ground at this time” (New York Times, January 15). However, the U.S. is expected to provide a variety of military aid, including intelligence, communications support, non-lethal surveillance drones, surveillance aircraft and in-flight refueling services.

United Kingdom – The UK is providing only “limited logistical support,” consisting of two transport planes. The first RAF C-17 left on January 13. Transport aircraft are vital in moving African forces into Mali as they have no air transport capabilities of their own. British troops may participate in training Malian troops.

Canada – Canada sent a single C-17 Globemaster transport aircraft on February 15 on a one-week deployment to ferry French troops and equipment to Bamako. This deployment may be renewed.

Belgium – Belgium has committed two C130 Hercules transports and one to two rescue helicopters with a total of 80 personnel. The deployment will be reviewed at the end of February.

Germany – Early reports from French sources that German troops had joined the first deployment of French forces now appear to have been false. German Foreign Minister Guido Westerwelle has declared that “the deployment of German combat troops is not up for debate” (AFP, January 13). Germany might still participate in an EU training mission for Malian troops. Logistical and medical support are other possibilities.

Spain – Spain is considering sending a military transport plane with 30 personnel to ferry French and African troops, but may wait until an EU meeting on January 17 to make a final decision.

Denmark – Denmark is expected to contribute one C-130 transport on a three-month deployment.

Niger – Neighboring Niger has pledged 500 troops, though it is not yet clear whether this force will include former Tuareg rebels who have been incorporated into the Nigerien military. Niamey has also taken steps to seal its common border with Mali.

Nigeria – Nigeria, which has the largest military in West Africa, was once expected to provide the bulk of the troops in the projected 3,300 man ECOWAS intervention force (AFISMA), though it has yet to send combat troops to Mali. The Nigerian AFISMA commander, Major General Shehu Abdulkadir, has already arrived in Bamako. A Nigerian Air Force technical support team is in place, though their mission is limited to assessing “infrastructure, to provide back-end support and to help maintain the Malian air force” (AFP, January 12). The Nigerian military has pledged a force of 900 troops (up from an original pledge of 600), with the first company expected to arrive in Mali on January 16.

Benin – Benin has pledged 300 troops to operate alongside the Togolese forces.

Senegal – Senegal has pledged 500 troops. The Senegalese military has extensive peacekeeping experience and many of its troops are American-trained.

Ghana – Ghana is sending 120 troops from the Engineering Corps of the Ghana Armed Forces (GAF).

Guinea – Guinea has pledged one company of troops (approximately 150 men).

MNLA – The Malian Tuareg separatists of the MNLA have offered to assist France in driving “terrorist forces” out of northern Mali, in language the movement usually uses to refer to AQIM and MUJWA, but not their fellow Tuareg of Ansar al-Din. Though the MNLA was driven into the background by the Islamist coalition after a series of successes against the Malian military in early 2012, it has since engaged in a number of battles with AQIM and MUJWA, which it regards as foreign interlopers and drug-traffickers.

European Union – The EU is expected to provide training and financing through the European union Training Force-Mali (EUTM-Mali), though this will take the form of bilateral agreements rather than coming under the EU umbrella.