When an Islamist offensive took the Malian town of Konna late last week, France decided to respond with a military intervention it declared was necessary to prevent Islamist forces from taking over the rest of the country. 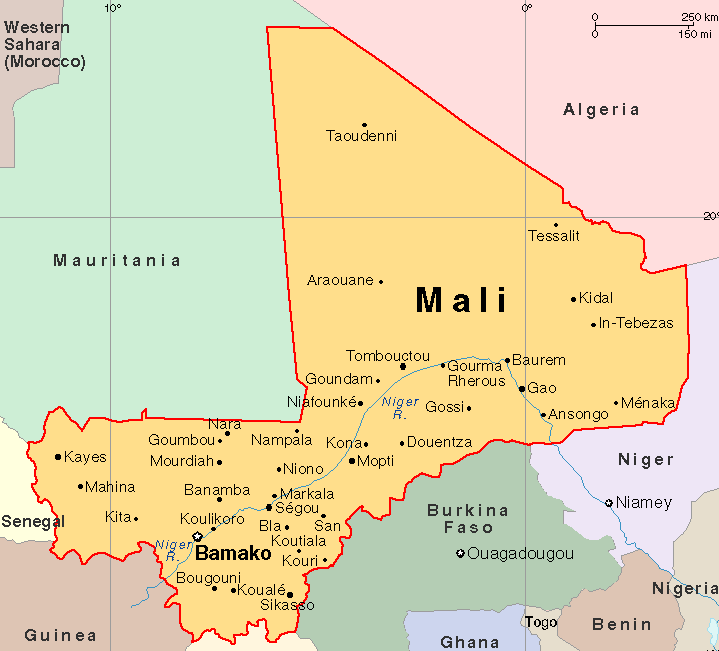 The Islamist offensive was led not by al-Qaeda, but by Ansar al-Din, a largely Tuareg Islamist movement that has been aggressively consolidating its control of northern Mali in recent weeks at the expense of its erstwhile (and largely foreign) allies in al-Qaeda and the Movement for Unity and Jihad in West Africa (MUJWA). The unexpected move south was almost certainly designed to further this consolidation by demonstrating the movement’s military skills while offering a common cause to gather in the disunited Islamists under Ansar al-Din’s banner. Putting pressure on Bamako to take negotiations seriously instead of waiting for an international intervention was certainly another objective.

Given that French unilateral intervention in Libya dragged its NATO allies into a war that has destabilized the entire Saharan/Sahel region and created new and unforeseen opportunities for radical Islamist groups, the reluctance of France’s allies to leap into this new intervention should not be surprising. Though France has received commitments of logistical and humanitarian support from leading EU nations, Canada and the United States, it would probably take a major military reversal to bring troops from these nations into the conflict. In a military sense there seems little doubt that France has the means to defeat the Islamists in open warfare. French vulnerability lies in its massive economic interests in the Sahara/Sahel region and the exposure of tens of thousands of French citizens to retaliation in the form of kidnappings or murders. MUJWA has already vowed to strike at French interests and citizens “everywhere; in Bamako, in Africa and in Europe.”

If it intends to retake northern Mali on behalf of Bamako, France will have great difficulty performing the task without deploying ground forces. Mali’s military has always performed abysmally in northern Mali and there is no reason to think that it will do any better now against an enemy that is better organized and armed than ever before. Simply pushing it ahead with promises of French air support will likely be insufficient to reverse Islamist gains in the region. Mali’s most effective troops, its loyalist Tuareg and Arab militias, have been sidelined due to racial suspicions in Bamako. The addition of a small composite force drawn from a variety of Francophone nations belonging to ECOWAS is likely to have little impact on the ground in the absence of any type of planning, preparation or experience in mounting joint operations.

While the Tuareg of Ansar al-Din actually reside in northern Mali and may decide to mount a campaign to defend territory they regard as theirs, other militants belonging to al-Qaeda and related groups may decide to bolt rather than be placed in the unusual position of trying to defend fixed positions. Algeria and other neighboring nations have been preparing to seal their long and undefended borders, but are still far from completing these efforts. Al-Qaeda, which relies on mobility for its survival, may thus be able to escape a French-led offensive that has begun too soon for border security measures to be implemented.

There are numerous promises from French allies to provide training to Malian regulars, but with the campaign already underway it would seem to be a bit late for such measures. There is also a danger that Bamako could unleash pro-government Black African tribal militias in the wake of an advance by the Malian army. With a record of atrocities against the Arab, Tuareg and Mauritanian peoples of northern Mali, these militias could easily initiate a round of racially-inspired violence that could last for years or even decades. Ansar al-Din have done their own part to sour racial relations in Mali by massacring over 100 mostly southern soldiers taken prisoner when the northern garrison at Aguel Hoc was captured by the Islamists in January, 2012.

The question is whether the French intervention was an overreaction. Though the Ansar al-Din offensive was certainly designed in part to test the resolve of Malian military forces based in the “front-line” cities of Mopti and Sévaré, there was actually little chance for several thousand Tuareg fighters and their allies to take Bamako and the rest of southern Mali, a region where they would be heavily outnumbered by a hostile population that could count on a massive international military response to help expel the Islamists. Ansar al-Din’s political agenda is restricted to lightly-populated northern Mali; the movement has never expressed a desire to conquer the rest of Mali, nor would its planners be likely to delude themselves that such an effort would be possible without armed allies in the south, and these simply do not exist. The Ansar al-Din offensive has proven to be a strategic mistake, though in itself this would seem to confirm that the movement did not expect a military response from France to what amounted to little more than a probing of Malian government defenses.