Emerging reports describe a major gun-battle between Bérabiche Arabs escorting a convoy of Moroccan cannabis through the Malian Sahel and a party of armed Tuareg nobles who appeared, in traditional fashion, to demand a fee for passing through their territory (El Watan [Algiers], January 4). The convoy of roughly 20 four-wheel drive vehicles was on its way through northeastern Mali, bound for Libya via Niger. An intense battle lasting several hours followed the convoy’s attempt to bypass the Tuareg gunmen, resulting in the death of five traffickers and two Tuareg, along with an unknown number of wounded. 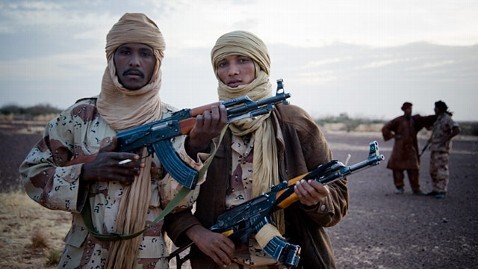 Some factions of Mali’s Tuareg have been petitioning the government for permission to form government-sponsored anti-terrorist militias (See Terrorism Monitor Briefs, November 4, 2010). Implementation of this plan appears to have been postponed to avoid an “unpredictable reaction” from the al-Qaeda kidnappers of seven foreign hostages (including five Frenchmen) seized at the Areva uranium plant in northern Niger. The hostages are currently being held at AQIM strongholds in northwest Mali.

It has been suggested that al-Qaeda is involved in the flourishing narcotics smuggling in the Sahara/Sahel region, but other sources indicate that while there is an overlap in the use of smugglers and drivers that work in the narcotics trade, al-Qaeda makes ample money from its kidnappings and wishes to avoid the additional security complications that would follow a full-scale commitment to international narcotics trafficking (El Watan, January 3).

Drug cartels from Venezuela, Spain, Portugal and Colombia are reported to be active in the Malian capital of Bamako, where their violent competition often appears to elude the attention of local police (El Watan, January 3).  Malian police recently entered a Bamako cement warehouse to find a Venezuelan and a Portuguese trafficker using a chainsaw to cut up the body of a Colombian using a fake Ukrainian passport. The discovery was not part of an investigation and the Portuguese suspect has already escaped (Le Monde, January 3).

Malian authorities reported breaking up a trafficking network during a raid near the Mauritanian border on December 9, 2010. The network was allegedly composed of ex-fighters of the West Saharan Polisario Front, now confined to camps in southern Algeria (AFP, December 10, 2010). Tamensa, located near the meeting point of the Algerian, Nigerien and Malian borders, appears to be a hotspot of trafficking and smuggling activity (al-Hayat, January 1). In the cities of northern Mali, specifically Gao, Kidal and Timbuktu, a mini-building boom has followed the influx of kidnapping and trafficking revenues and banks are reported to accept bags of cash without question (Le Monde, December 22, 2010).

There are indications, however, that a Tuareg vs. Arab paradigm may not reflect the reality of the violence in northern Mali. The introduction of democracy by the state has created something of a social revolution in the region. Since the April 2009 regional elections, the traditional leaders of the Arab community, the Arab-Berber Kounta, and the traditional leaders of the Tuareg, the Ifogha, have lost a great deal of their previous influence. The “noble” groups blame this on the alleged use of smuggling money by their respective vassal communities (the Telemsi and Bérabiche Arabs and the Imghad Tuareg) to buy victory in the elections, creating an inversion of the existing power structure in northern Mali. The growing dispute has erupted in ambushes of Arab-Imghad narcotics convoys crossing the region (U.S. Embassy Bamako cable, February 1, 2010, as published in the Guardian, December 14, 2010; Le Monde, December 22, 2010; MaliKounda.com, December 7, 2009; see also Terrorism Monitor, November 4, 2010).