As the February 25 parliamentary elections grow near, the political wings of Egypt’s Salafist movement continue to fragment, raising questions about the movement’s ability to replicate its relative success in last year’s elections, in which the movement took nearly a quarter of the available seats despite being political neophytes. 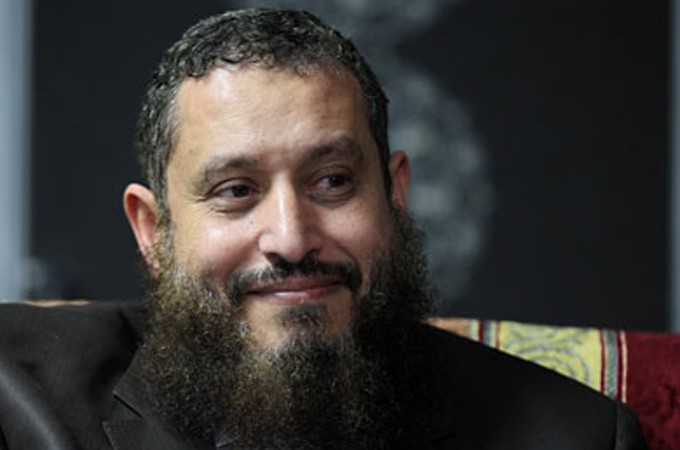 Egypt’s Salafist movement was shaken on December 26, 2012, when Nur Party leader Emad Abd al-Ghafour and two former Nur Party spokesmen, Yousri Hammad and Muhammad Nur, joined roughly 150 other party members in a mass resignation followed by the creation of the new Watan (Homeland) Party (Daily News Egypt, December 29, 2012). The Nur Party was the lead element in a largely Salafist coalition that placed second in parliamentary elections last year before that parliament was dissolved as unconstitutional by a June decision of the Supreme Constitutional Court of Egypt.

Abd al-Ghafour became engaged in a power struggle with Nur Party vice-chairman Shaykh Nasser al-Borhami, a founder of al-Da’wa al-Salafiya (the Salafist Calling), an Islamist group formed in 1970s Alexandria as a rival to the Muslim Brotherhood that later created the Nur Party as its political expression. Al-Ghafour led a wing of the party that called for internal reform of the powerful role played in political decisions by the clerics of al-Da’wa al-Salafiya. Not surprisingly, al-Ghafour and al-Watan have lost the support of the Salafist Calling, which will inevitably hurt their appeal to the party’s core constituency. Referring to the dispute, Ahmad Badie, a prominent Nur Party defector and new Watan Party spokesman, said: “The role of clerics should be restricted to handing down edicts and opinions on matters that pertain to the Shari’a… but they should not be involved in elections or day-to-day politics” (al-Masry al-Youm [Cairo], January 21).

Watan Party vice-president Dr. Yusri Hamad explained in an interview with a pan-Arab daily that the new party’s ultimate reference is Islamic Shari’a, “the general model for all Salafist parties.” Al-Watan, however, will not be “exclusionist,” but will welcome the participation of Copts and women in its ranks: “We have spoken about women’s rights and dignity and the importance of women playing a role. At the same time, we are also extending our hand in national partnership to the Copts because Egypt was not built by any one faction or entity; therefore everybody is invited to participate in the country’s construction and development.”   This openness will not, however, extend to guaranteeing women roles as candidates for the party. In the Egyptian context, Hamad says Salafism “means that we believe that state-building and reform must be based on two things; modernity, in addition to the traditions and values that are present and which distinguish Egypt from other countries” (al-Sharq al-Awsat, January 7).

Borhami and the Nur Party are adamant that mandatory representation for women and Christians in the new Egyptian parliament is a violation of Shari’a and the constitution; “Allocating quotas for women and Copts simply because of their gender or religion is blatant discrimination” (al-Masry al-Youm [Cairo], January 21). The Nur Party was forced to include female candidates in the previous parliamentary election to avoid being banned from participation.

Given the measured words of the Watan leaders and their temperate demeanor, it is somewhat surprising that they have aligned themselves closely with Shaykh Hazem Salah Abu Ismail, an outspoken and unpredictable preacher who spoke at the Watan founding despite planning to announce his own Salafist party days later.

Abu Ismail keeps his place in Egyptian headlines through an apparently endless series of provocative statements. Most recently he blamed Egypt’s post-revolution economic collapse on “rumors about the economy” spread by the political opposition (al-Shorouk [Cairo], January 4). He has also condemned the national protests scheduled for January 25, describing their advocates as “criminals” who want “to burn the country” (Daily News Egypt, January 4).

Abu Ismail has repeatedly called for the dismissal of Interior Minister Major General Ahmad Gamal al-Din after police tried to enter his political headquarters following an outbreak of political violence. A series of violent attacks on the offices of the Wafd Party and its newspaper as well as the offices of the Popular Current, a political coalition led by Neo-Nasserist Hamdeen Sabahi (Karama Party), were blamed by police on members of Abu Ismail’s party.  Abu Ismail denied any knowledge of the attacks but was undone by his own followers, who celebrated their role in the attacks on their Facebook accounts (Daily News Egypt, December 16, 2012).

Abu Ismail has said he will not run for president or for the House of Representatives (the new name for Egypt’s parliament), adding that he had only run for president in the last election from fear that the regime would mount a counter-revolution (al-Masry al-Youm [Cairo], January 22). Before his disqualification from the contest on the grounds his mother had dual U.S.-Egyptian citizenship (a violation of electoral rules), Abu Ismail shocked many Salafists with his advocacy of rebellion against “unjust” rulers. Despite the suspicions raised by his support for this very un-Salafist belief, Abu Ismail seems to have appealed to many young Islamists who subsequently entered his camp (al-Masry al-Youm [Cairo], January 21).

Though an accelerating process of political divisions is usually regarded as a troubling sign for most political movements or ideologies, the deputy chief of the Nur Party, Mustafa Khalifa, has put a more attractive spin on the political fragmentation, suggesting it will provide voters with “more alternatives from across the political spectrum” (al-Ahram Weekly, January 23). In a less rosy light, it appears that, unlike the more powerful and enduring Muslim Brotherhood, the Salafist movement in Egypt has fallen victim to the growth of personality-driven politics. There is little to differentiate between the aims and ideology of the growing number of Salafist political parties; in most cases these differences could probably be accommodated within a single party. As the new Salafist formations draw their strength from existing parties, a space is opened for the emergence of confrontational leaders such as Abu Ismail who have the potential of polarizing the nascent electorate. The Muslim Brotherhood can also be expected to exploit the Salafist divisions in February’s parliamentary election by presenting themselves as a movement where the promotion of Islam in daily life is more important than the success or failure of individuals.