Ankara continues to forge an independent identity for its foreign policy by rejecting calls from some NATO partners for military intervention in the Libyan rebellion. Of all the NATO nations, Turkey has the closest historical and economic ties to the North African nation, a relationship that dates back to the period of Ottoman rule in Libya (1551-1912). 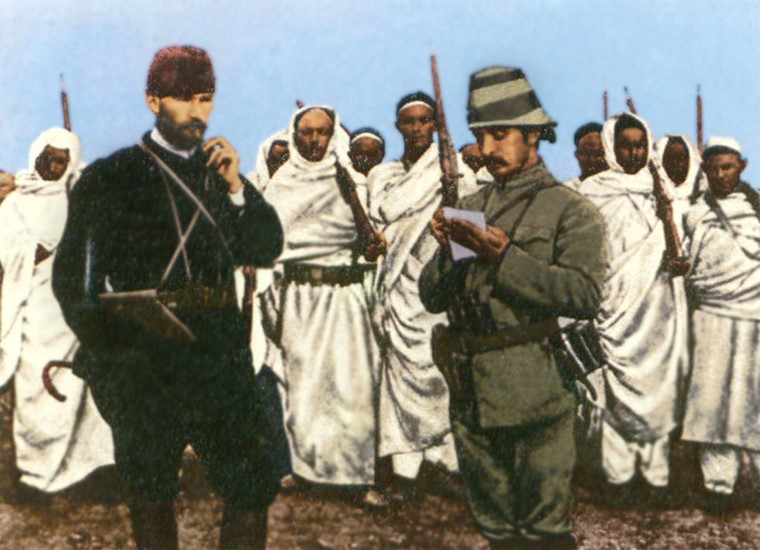 Turkey has adopted what it describes as a “principled approach” to the crisis in Libya, though it is certain that political chaos and uncertainty do little to further Turkey’s economic relationship with Libya, which now includes more than $15 billion worth of projects in Libya employing 25,000 Turkish workers and bilateral trade worth $2.4 billion in 2010. Ankara’s measured response to the Libyan insurrection was described by Foreign Ministry deputy undersecretary Selim Yenel: “Turkish foreign policy is based on the rule of law, justice, human rights and universal values. At the same time, we have concerns for the large Turkish expat community in Libya. We have to be very careful in our approach and not risk any reprisals against our citizens or the harming of our interests” (Today’s Zaman, March 6). Though some 20,000 individuals (including non-Turks) were evacuated from Libya by Turkish ships and aircraft, there are believed to be several thousand Turkish nationals who have chosen to remain in the country.

While Turkey was the first country to call for Egyptian president Hosni Mubarak to step down, it has not taken this approach in Libya. Unlike other NATO countries, Turkey has maintained official and even informal contacts with the Libyan regime during the rebellion, with Prime Minister Erdogan disclosing he had called Qaddafi personally to discuss the crisis and to urge the Libyan ruler to appoint a political figure with popular support to seek a solution (al-Arabiya, March 14). Turkey did not freeze Libyan assets or make any change in its diplomatic representation. Ankara has, however, indicated that it would respect any decisions regarding sanctions or military intervention that are passed by the UN Security Council. Libyan dissident Abdul Hafiz Ghoga, the deputy leader of the rebel National Libyan Council, has demanded that Turkey give the rebel group official recognition and direct support, but without success (Journal of the Turkish Weekly, March 12).

Ankara has repeatedly expressed concerns that foreign military intervention, particularly any involving the United States or former colonial powers, would run the immediate risk of delegitimizing not only the Libyan rebellion, but any further revolts against autocratic rule in the Arab world. Said Erdogan: “”We need to give the Libyan people permission to chart their own course” (Reuters, March 14). There is also uncertainty regarding what kind of administration or regime might follow the expulsion of Qaddafi, recognizing the possibility that a rebel victory might be exploited by other forces, including the radical Islamist movement.

Turkey has pointed out that NATO’s mandate does not cover events occurring in Libya. As Prime Minister Erdogan bluntly told a gathering in Hanover, Germany: “What has NATO got to do with Libya? NATO’s intervention in Libya is out of the question. We are against such a thing” (Today’s Zaman, March 6). Turkish President Abdullah Gul later questioned whether military intervention was even desired by the rebels, who used the slogan “Libyans can do it alone!” in the early phases of the rebellion: “A direct NATO intervention in Libya is out of the question… The people, government and opposition in Libya do not want a foreign force in the country” (AFP, March 14).

Turkey has also pointed out that there are alternative means of helping Libyans. According to the Foreign Minister, Ahmet Davutoglu: “We are not abandoning Libya. We are taking a temporary measure. We will take every step necessary in the humanitarian aid of the Libyan people” (Anatolia, March 12). Turkey joined with the United Arab Emirates to provide the first humanitarian aid shipment to Libya since the crisis began, sending a Turkish naval frigate to accompany two ships carrying 388 tons of food, 32 tons of medicine, water, portable shelters, mobile ovens and a Turkish Red Crescent team (Hurriyet, March 13; Gulf News, March 13). The Turkish foreign minister noted: “This humanitarian assistance is not aimed at a specific group or region, but at the entire Libyan nation. We aim, circumstances permitting, to have our assistance continue to flow into Libya and reach regions in need throughout the country” (Today’s Zaman, March 14).

The Turkish Prime Minister has been heavily criticized in parliament and the press for accepting the Qaddafi International Prize for Human Rights in a ceremony last November (Hurriyet, February 21; AFP, November 26, 2010). Critics within Turkey have also complained the government’s response places Ankara too close to the Qaddafi regime, but there are signs that Turkey is ready to resume normal relations with Tripoli when the crisis ends. Turkish firm TAV Airports Holding has already announced it is preparing to return to Tripoli to resume work on the construction of two new terminal buildings at Tripoli Airport, part of Turkey’s substantial economic role in developing Libya (Hurriyet, March 17).

This article first appeared in the March 17, 2011 issue of the Jamestown Foundation’s Terrorism Monitor.