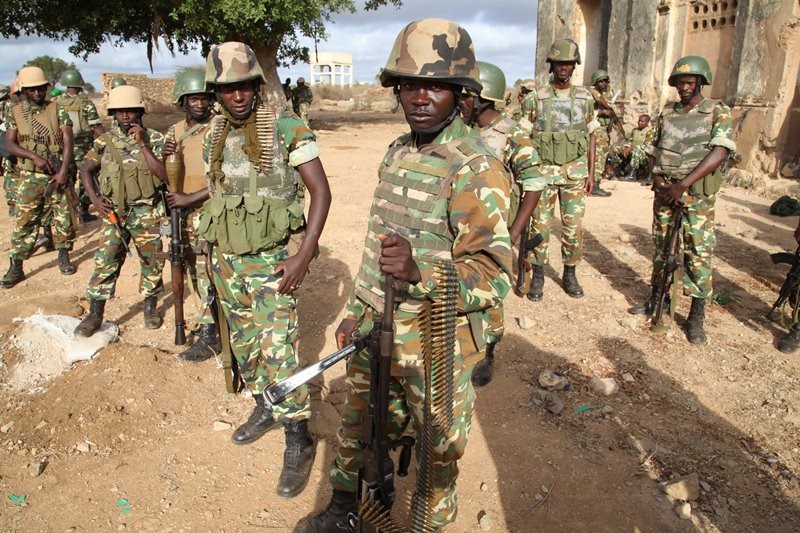 While the world’s attention focuses on the uprisings in Arab countries, Burundian troops have made significant progress in leading an offensive against Somalia’s al-Shabaab movement, the first sign of real military progress since the African Union Mission in Somalia (AMISOM) was created in early 2007. Burundi’s contribution of four battalions represents roughly 3,000 of AMISOM’s total of 8,000 troops, with the rest drawn from Uganda’s military.

The offensive is a joint operation involving AMISOM forces and troops of Somalia’s Transitional Federal Government (TFG). The AMISOM offensive began by rolling up the elaborate system of trenches and tunnels that al-Shabaab has used to infiltrate their fighters into government-held areas of Mogadishu. Burundian troops supported by Somali TFG militias seized the old Ministry of Defense, the Milk Factory and a number of other important sites in Mogadishu that had acted as bases for al-Shabaab forces, reportedly killing 80 Islamists (Agence Burundaise de Presse, February 24; Shabelle Media Network, February 28). Al-Shabaab forces counter-attacked in an effort to retake the Defense Ministry building on March 5, but were repelled by Burundian forces in heavy fighting (Shabelle Media Network, March 5). An AMISOM spokesman claimed African Union forces now controlled 60 to 70% of Mogadishu, representing a major reversal of fortunes for the Islamist radicals (Daily Monitor [Kampala], March 7).

Though government officials claimed only light casualties in the Mogadishu offensive, military sources in Bujumbura have confirmed a total of 43 dead and 110 wounded is closer to the mark since the offensive began on February 23 (AFP, March 5). Wounded soldiers are being transported to the Bouffard French military hospital in Djibouti (Suna Times, March 2; AFP, March 2). Al-Shabaab claims to have taken a number of Burundian prisoners and says it is holding the bodies of 18 dead Burundian soldiers (BBC, March 4). The Islamists have also posted photos of burnt and mutilated Burundian soldiers on the internet.

In ritual fashion the bodies of dead Burundian soldiers were dragged through the streets of Mogadishu by al-Shabaab fighters and sympathizers. Al-Shabaab radio reported: “Many Muslim residents and top Islamist officials turned up at the stadium where the bodies of the dead soldiers were displayed and dragged. The residents expressed satisfaction over the death of the Christian forces” (Radio Andalus [Kismayo], February 24). 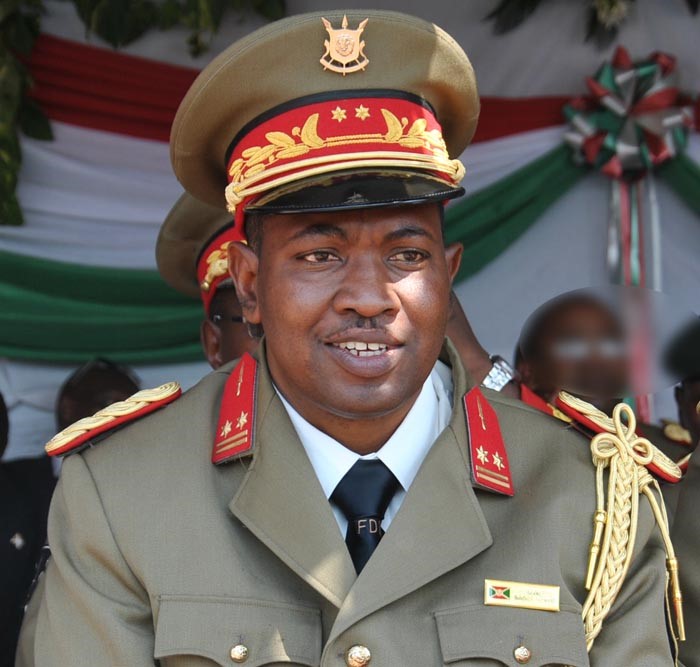 Burundi’s military commanders have attempted to downplay the losses; Chief of Staff General Godefroid Niyombare responded to inquiries by saying, “Whether six, ten or 20 are dead, I don’t see what would change if I told you,” adding, “What matters is not so much the number of victims in the Somali war as the work already done by our courageous soldiers“ (AFP, March 2; PANA Online [Dakar], March 2). With questions being asked in Burundi regarding the apparently open-ended Burundian commitment to a military mission in Somalia, government authorities appear to have implemented a plan to keep awareness of Burundian casualties to a minimum. Families have complained of a lack of news about their dead or wounded and local media coverage of burial ceremonies has been banned (Radio Netherlands, March 10).

At the height of the offensive, al-Shabaab leader Shaykh Ahmad Abdi Godane “Abu Zubayr” issued an audiotape directed at “the people and government of Burundi,” calling for the withdrawal of Burundi’s military from Somalia:

It is obvious that your boys and your forces have been deceived and that they do not have a clue or understand the realities that exist in Mogadishu. You have to know that in Mogadishu, countries and alliances that are much stronger than you have been defeated. The United States failed in Mogadishu with their coalition from all around the world. Ethiopia lost after they brought a power that is much stronger than yours. Now, your beating started and the evidence is the dead bodies of your forces being dragged in the streets and your prisoners seized in the fight. If you do not take that as a warning, your loss will be even worse than that of the previous occupiers (SomaliMemo.net, March 2).

The message did not mention Ugandan forces, suggesting Godane was trying to create internal divisions within Burundi even as his al-Shabaab fighters were under heavy pressure by Burundian forces.

The operations in Mogadishu are part of a larger coordinated offensive involving AMISOM, TFG and even Ethiopian forces at several vital points in southern Somalia. AMISOM forces aided by Ethiopian troops are reported to have taken the towns of Bulo Hawo and Luq near the Kenyan border from al-Shabaab elements. There are also reports of large Ethiopian troop movements in central Somalia, apparently heading to the al-Bur district to hook up with the Somali Sufi militia Ahlu Sunna wa’l-Jama’a for an offensive against al-Shabaab strongholds in the area (AFP, March 8). The controversial presence of Ethiopian troops in Somalia was confirmed by TFG president Shaykh Sharif Shaykh Ahmad, though the president, who had once led the fight against the 2006 Ethiopian invasion and occupation, qualified his remarks by stating the Ethiopians were only providing logistical support to TFG forces (Shabelle Media Network, March 6).

Though the Libyan uprising has overshadowed important developments in Somalia, the Libyan crisis may have an inadvertent effect on AMISOM operations – Qaddafi’s Libya supplies 15% of the budget for the African Union (East African [Nairobi], March 7). If the regime falls it will have a direct effect on AMISOM operations unless the United States and Europe steps in to make up the lost revenues.