Ongoing violence in Nigeria’s mixed Christian-Muslim Plateau State took a new turn when an elite force of Nigerian troops tasked with restoring order were accused of attacks on civilians in two Christian villages that killed eight, creating a new national scandal as the country approaches general elections in April. Over 100 people have been killed in the region surrounding the state capital of Jos since Christmas. 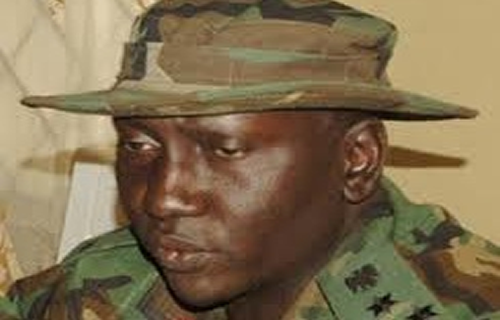 The government’s response to the violence was Operation Safe Haven, a campaign to be implemented by a Special Military Task Force (STF) drawing on members of the army, navy, air force and police.  The STF is led by Brigadier-General Hassan Umaru, whose wife is believed to have been killed by attackers last month (NigerianNewsService.com, December 7, 2010).

On the night of January 24 the villages of Hamman and Farin Lamba (both roughly 25 km from the state capital of Jos) were attacked by uniformed gunmen who assaulted villagers with machetes and firearms (Next [Lagos], January 25). The attackers in Farin Lamba were observed arriving and leaving in a Toyota Hilux van of the type used to transport police in the region, an observation later confirmed by Plateau State Police Commissioner Abdurrahman Akano. Many of the attackers appeared to be wearing body armor of the type worn by security forces. However, Commissioner Akano also suggested that the reported theft of 100 cattle belonging to Fulanis was the cause of what he termed “a reprisal attack,” though he provided no evidence of a connection between the two events (Next, January 25; Vanguard, January 25; Daily Trust, January 25).

The attackers at Farin Lambo first struck a vigilante squad of villagers, killing three before torching homes and barns. The vigilante group was created to repel assailants after the two villages were attacked four times in the previous two weeks (Next, January 25). The military complains that difficult terrain in the region hampers their response to incidents of violence outside the major towns, leaving such villages with little in the way of defense.

After word spread of the killings, women dressed in black attacked the camp of the largely Muslim-officered STF in Vom, shouting anti-STF slogans while throwing stones and setting fire to STF tents. Six women were reported to have been shot by the STF during the demonstration (Nigerian Tribune, January 25; Reuters, January 25).

STF commander Brigadier Umaru said he thought it unlikely that any of his troops would attack people whose safety was in their hands and asked locals to provide him with proof of such allegations (Vanguard, January 25). Some STF members were recently arrested for failing to stop killings in Jos, and the ID card of an STF member was found at the site of some of the killings (Vanguard, January 20).

Even before the latest incidents, Chief Solo Akuma, the senior advocate of Nigeria, called on military authorities to closely monitor the STF for partiality and to reassure locals of the neutrality of the STF when carrying out their duties (Vanguard, January 20).

On January 18, a Nigerian military spokesman warned that soldiers would fire on any community members seen attacking civilians or burning mosques, churches or residences (BBC, January 18).

The sectarian violence in Plateau State began in 1994 and has since claimed thousands of lives. Since 1994 there have been seven commissions of inquiry into the violence, though the results have either been concealed or largely ignored.  Though the conflict is often characterized as being a religious-based confrontation between the Muslim Fulani- Hausa and the Christian Berom, Afizere and Anaguta tribes, the dispute has more to do with competition for land and political power between indigenous Christian farmers and so-called “settlers” from the largely nomadic and Muslim communities of northern Nigeria (Next, January 23; Reuters, January 25).

There are also political differences, with the local Christian tribes generally supporting the People’s Democratic Party (PDP), while the nomadic Muslims are viewed as supporters of the opposition All Nigeria People’s Party (ANPP).

This article first appeared in the January 28, 2011 issue of the Jamestown Foundation’s Terrorism Monitor