The retired former chief of Pakistan’s Inter-Services Intelligence agency (ISI), Lieutenant General Hamid Gul, is one of the most controversial political figures in Pakistan. Despite his once extremely close ties with the American Central Intelligence Agency during the Soviet occupation of Afghanistan, Gul has since become one of Pakistan’s harshest critics of American foreign policy in South and Central Asia. Speaking at a recent Sufi ceremony in the northeastern Punjab town of Gujranwala, Gul, who was director of the ISI from 1987 to 1989, suggested that conflicts in Afghanistan have historically been a catalyst for massive change in South Asia and that “this change is knocking at our door… The forces of paganism have faced the worst defeat in Afghanistan and Iraq, but these forces are reluctant to accept their defeat. By 2012, these forces will be totally exhausted.” In Pakistan, however, Gul says what is needed is not a bloodbath, but rather a “soft Islamic revolution” (Nawa-i-Waqt, Rawalpindi, January 17). 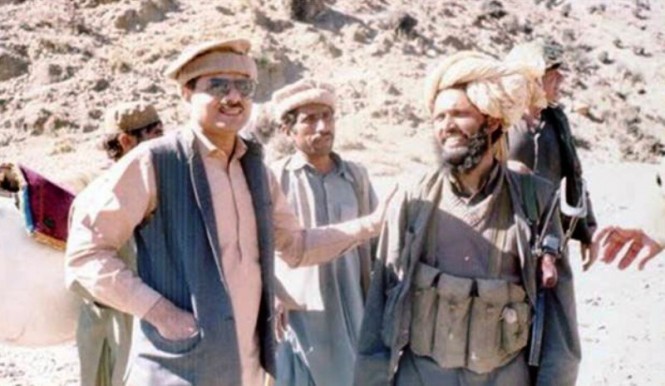 General Gul is certainly one of the most talkative former intelligence directors in the world, constantly seeking the spotlight through provocative remarks presented in a seemingly endless series of television and print interviews. While the United States has regularly claimed Gul is a supporter of al-Qaeda and Taliban forces, Gul counters that his activities are strictly based on morality, Pakistani sovereignty and the struggle of Muslims to free themselves from foreign occupation and manipulation:

The Americans sent my name to the UN Security Council to put me on a sanctions list and declare me an international terrorist. But they failed because the Chinese knew the truth well and blocked that move. Basically, the Americans have nothing against me. I saw the charges and I replied to them in the English-language press in Pakistan. I said if they have anything against me to bring it forward, put me on trial. Tell me what wrong I have done. I have been taking moral stands. The Americans talk of freedom of speech, but apparently my speech hurts them because it counters their excesses… I do not support terror at all, but jihad is our right when a nation is oppressed. According to the United Nations Charter, national resistance for liberation is a right. We call this a jihad (al-Jazeera, February 17, 2010).

Pakistan’s Relations with the United States

In his capacity as Director General of Military Intelligence (DGMI) under General Muhammad Zia-ul-Haq and later ISI director under Benazir Bhutto, Gul worked closely with American intelligence agencies in coordinating and supplying the Afghan mujahideen’s struggle against Soviet occupation. This relationship began to suffer when Gul observed that American funding and interest in Afghanistan declined rapidly after the expulsion of the Soviets in 1989.  Sanctions related to Pakistan’s secret nuclear program further inflamed Gul, who tried to rally Muslim opposition to the U.S. led “War on Terrorism.” According to Gul: “The Muslim world must stand united to confront the U.S. in its so-called war against terror which is in reality a war against Muslims. Let us destroy America wherever its troops are trapped” (Daily Times [Lahore], August 30, 2003).

Gul continues to view the United States as the adversary of the Islamic world, telling a Rawalpindi daily that America will never be Pakistan’s friend – in fact, it is an even greater enemy than India (Nawa-i-Waqt [Rawalpindi], January 17). The former ISI chief claims U.S. military contractors (read Blackwater/XE) and CIA-directed drone attacks are actively working to destabilize Pakistan from within.

The former ISI chief continues to maintain the 9/11 attacks were part of an American plot to seize the resource-rich Muslim states, a plot that later instigated the Lal Masjid (Red Mosque) siege in 2007 as a means of bringing the Muslim mujahideen and the Pakistan Army into confrontation (South Asian News Agency, January 19). He cites as proof of American intentions the fact that U.S. forces did not quickly withdraw from Afghanistan after dispersing al-Qaeda elements in late 2001 and claims the Obama administration is now working to replace U.S. government troops with American mercenaries as a means of deflecting negative public opinion: “This is a very dangerous trend if we are to believe that mercenaries can win wars and carry forward the political objectives of the country. This means that whoever has more money can employ more mercenaries, win wars, win territories, etc.” (al-Jazeera, February 18, 2010).

Gul was consistent in his response to recent news of the death of his long-time associate and former ISI Colonel (retd) Sultan Amir Tarar (a.k.a. Colonel Imam) while in the hands of the Tehrik-e-Taliban Pakistan (TTP). Colonel Imam was kidnapped in March 2010 while on a mysterious mission to North Waziristan along with two other men, one of whom was murdered last year. Though the Taliban’s demands for the release of prisoners in government prisons were never met, the group is claiming Colonel Imam died of heart failure. Gul insists that his former colleague did not suffer from heart problems, but was instead killed by Indian intelligence and agents of private military contractor Blackwater/XE under a U.S. contract (Express Tribune [Karachi], January 23; The News [Islamabad], January 27).

General Gul’s name appears in 92,000 of the U.S. diplomatic cables leaked to Wikileaks, most often in connection to his alleged ties with the Taliban, the Haqqani Network and al-Qaeda operatives. While the cables represent only raw, unanalyzed intelligence reports, the sheer volume of those mentioning Gul in connection with militant groups is nevertheless alarming. Included in the documents are reports of Gul obtaining arms and munitions for the Taliban, orchestrating the abduction of United Nations personnel in Afghanistan and bragging about his role in ordering suicide bombings, all of which remain unverified.

Gul’s response to the allegations contained in the cables was emphatic: “These documents are nonsense. They are ironic, wrong and stupid. I deny every single word in them… It is all rubbish.” For once, Gul did not blame the United States, saying the allegations were more likely the work of Afghan and Indian intelligence services (Der Spiegel, July 26, 2010).

Despite his alleged connections to Afghanistan’s Taliban, Gul sees a different motivation behind the activities of Pakistan’s own Taliban: “The Pakistani Taliban are being sponsored by the Indian intelligence and the Mossad, by the way, to carry out their attacks in Pakistan. Mossad is very active in Pakistan and they are providing all the guidance and technical support to the Indian intelligence. So, Pakistan has to have its back covered – no country can fight on two fronts.”  These remarks run contrary to the belief of Western governments that Pakistan’s ISI has close ties to the Pakistani Taliban. 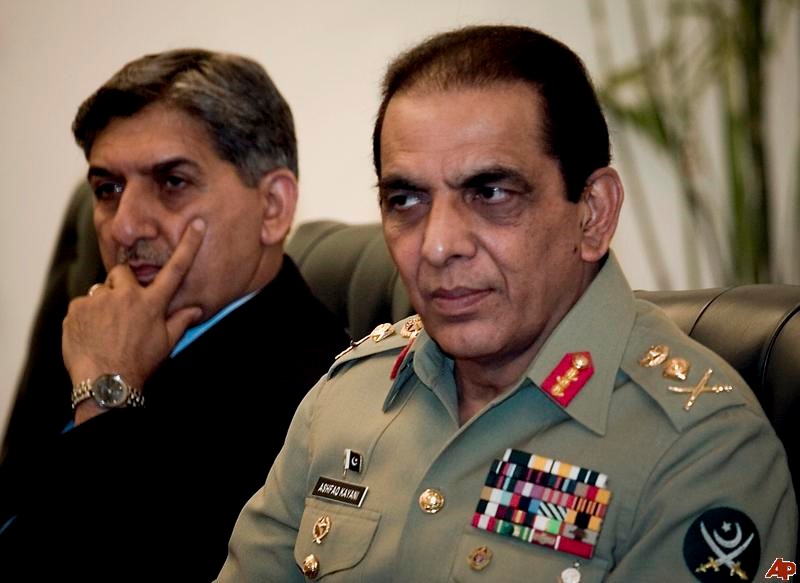 The summons threatens to be another major blow to American-Pakistani relations, with the Islamabad government promising to resist all attempts to make serving officers of its military appear before an American court. Just in case the government’s will falters, Islamist political parties have been issuing threats of insurrection if the government fails to resist. According to Jamaat-ud-Dawah official Professor Hafiz Abdur Rehman Makki: “The Americans are the most foolish people in the world. They think that Pakistan is like an article in a cupboard and they will order it the way they like. It is due to our rulers only” (Nawa-i-Waqt, January 19). Many of the Islamists view the court case as a conspiracy engineered by Indian and Israeli intelligence agencies.

The case seems ready made for one of Gul’s appeals to Pakistani nationalism. The former ISI chief told an American periodical, “The United States [doesn’t] care about any international law or the sovereignty and dignity of any country. [The] United States of America is the violator of all the international rules and laws.” Gul further claimed the court might give a biased verdict that would slander Pakistan in the eyes of the international community (New American, January 24).

The case appears to have already had repercussions after the name of the CIA’s Islamabad station chief was leaked to a Pakistani journalist who has filed a murder case against CIA station chief Jonathan Banks, with other notices being served on CIA director Leon Panetta and U.S. secretary of defense Robert Gates in relation to the death of journalist Karim Khan’s brother and son in a December 2009 drone attack in North Waziristan. Gul suggests the ISI may have leaked Banks’ name as revenge for the summons issued on its director, General Shuja Pasha, in the Brooklyn Mumbai trial (Newsweek Pakistan, January 10).

Though Gul was frequently named as a suspect in Bhutto’s assassination, he was largely cleared of involvement by the Pakistan government in April 2010. It was Bhutto who replaced Gul as ISI director in 1987. The rift between Bhutto and Gul reached a critical point when Bhutto named Gul as one of four prominent Pakistanis she claimed were behind the October 18, 2007, bombing of her motorcade in Karachi, which killed 139 people and left hundreds injured.

Gul has frequently claimed Washington was behind Bhutto’s murder, but more recently has set his sights on former Pakistan president Pervez Musharraf as a main suspect, saying Musharraf was responsible for Bhutto’s death and should be subject to investigation and questioning (The Nation [Islamabad], December 27, 2010; The News [Islamabad], January 5; Times of India, December 27, 2010).

It is difficult to assess Gul’s importance in the ongoing struggle for Pakistan’s future. There seems little doubt that Gul maintains extensive contacts within the shadowy and dangerous world of covert operations in South Asia. However, the seriousness of the Western allegations leveled at the former ISI chief seem incompatible with his accessibility to the press, leading some to dismiss his importance. Nevertheless, General Gul presents an attractive mix of Islamic revolution and Pakistani nationalism that finds a ready audience inside Pakistan. His claims that allegations of ties to terrorism are an American/Israeli/Indian conspiracy to deny him his role as a “credible critic” of Western intervention in the region likewise reverberate favorably with the Pakistani public. Gul’s importance stands primarily in the extent to which he represents a pro-Islamist, anti-American trend in Pakistan’s military and intelligence agencies, organizations which will ultimately have far more to do with the future direction of Pakistan than Taliban gunmen.