Less than a month after his death in an attack by U.S. and Iraqi forces, a book by al-Qaeda in Iraq’s late War Minister, Abu Hamza al-Muhajir (a.k.a. Abu Ayub al-Masri) has been released for publication on jihadi websites (al-Fajr Media Center, May 10). The work, entitled The Prophet Leader, examines the tactics and military lessons to be learned from the 7th century campaigns of the Prophet Muhammad. The 436 page book was published under the Egyptian al-Qaeda leader’s real name, Abd al-Mun’im bin Izz al-Din al-Badawi. 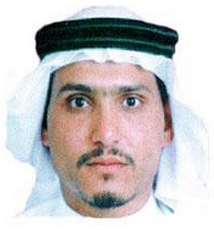 In the introduction to this work, the authenticity of which is uncertain given that the operational demands on al-Muhajir’s time may have interfered with the detailed research necessary to produce this lengthy work, the author provides his justification in returning to ground well covered by earlier scholars:

Why write about this topic when others before me wrote about it? I say: There are many reasons; most importantly, we in the Islamic State of Iraq assume that we are proceeding from the same starting point of the prophetic state, and that we lived and live in an environment that is almost identical to it, whether in its internal or external situation, or what is today called the regional situation.

Al-Muhajir says it is important to review the campaigns of the Prophet “so that it will not be stated that we innovated something strange.”  Al-Muhajir refers here to charges from other Sunnis in Iraq that ISI/al-Qaeda had transgressed the Islamic prohibition on bid’ah (innovation) in their tactical methods, which are heavily reliant on assassinations, suicide attacks and the targeting of civilians in mass-casualty bombings. It was Sunni revulsion with these methods that led to the development of the anti-al-Qaeda Sahwah militias, a major setback for the ISI.

In recent days the Islamic State of Iraq [the political structure of al-Qaeda in Iraq] named its new War Minister as al-Nasser Lideen Illah Abu Sulayman. Though the name is almost certainly a pseudonym, the new War Minister announced the start of a new military campaign as a reminder that ISI is not finished as a jihadi movement after the death of its two top leaders.  In the meantime, quotes from al-Muhajir’s speeches and statements have begun to appear on jihadist websites in an apparent attempt to posthumously shape al-Muhajir as a notable practitioner of jihad in both action and theory.

This article first appeared in the May 20, 2010 issue of the Jamestown Foundation’s Terrorism Monitor