Rumors of a plague outbreak among al-Qaeda in the Islamic Maghreb (AQIM) members in the caves of Algeria’s eastern Tizi Ouzou province first appeared in Algiers’ Arabic language Ech Chorouk el-Youmi newspaper on January 6. The story gathered little attention until a new version was published by London tabloid The Sun on January 19, 2009, under the sensational heading: “Anti-Terror bosses last night hailed their latest ally in the war on terror – the BLACK DEATH.” The article went on to describe how “At least 40 al-Qaeda fanatics died horribly after being struck down with the disease that devastated Europe in the Middle Ages.” The AQIM unit, based in caves of the coastal Tizi Ouzou province, “was forced to turn its shelters in the Yakouren forest into mass graves and flee,” with AQIM leaders fearing the survivors would surrender to “escape a horrible death” (The Sun [London], January 19). 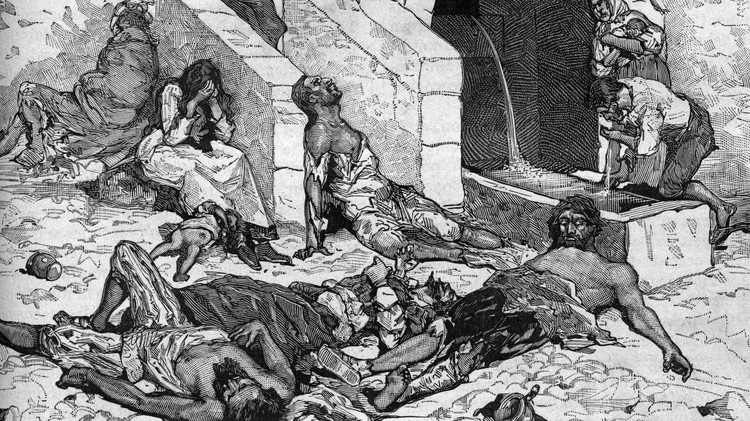 The Black Death in the 14th Century

A Washington Times story cited an anonymous “senior U.S. intelligence official” who claimed a mishap during the development of biological weapons forced AQIM to close their Tizi Ouzou base, based on an intercepted (but undisclosed) message sent from Algeria to al-Qaeda leadership in the Afghanistan/Pakistan border region (Washington Times, January 19). The story then went on to use then-Secretary of State Colin Powell’s long-discredited testimony before the United Nations as “proof” of al-Qaeda’s development of biological and chemical weapons. Other anonymous sources were cited as saying that al-Qaeda was worried the plague could spread to their personnel in Afghanistan and Pakistan (UPI, January 19). A new twist on the story suggested the outbreak may have occurred after Algerian security forces used a biological weapon against AQIM’s Tizi Ouzou base (al-Arabiya, January 26).

Dr. Saada Chougrani, an expert on infectious diseases with the University of Oran, stated that the rumors of plague in Tizi Ouzou were not taken seriously by Algerian health professionals, including the Laboratory for the Plague of the Pasteur Institute in Oran and the medical bacteriology laboratory in Algiers (ProMED [International Society for Infectious Diseases], January 21). Anis Rahmani, an Algerian security expert, noted that AQIM had trouble making explosives from fertilizer – the complicated and expensive process of weaponizing plague bacteria was far beyond the capability of the cave-dwelling insurgents (al-Arabiya, January 26). 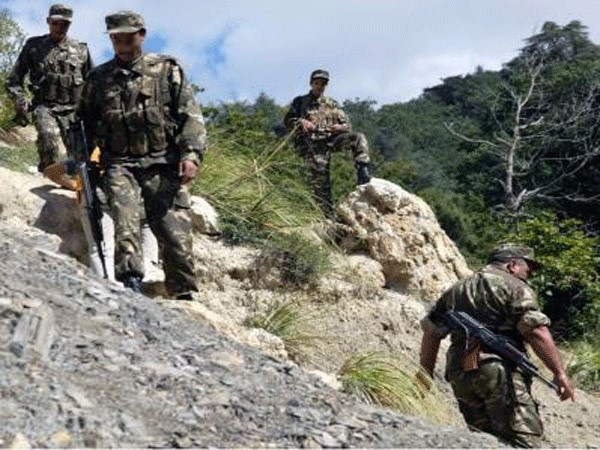 Last week, AQIM issued a denial of all reports of plague sweeping through their ranks, blaming their appearance on the Algerian intelligence services:

On January 6, 2009, several journalists wrote reports, based upon information they had received from their bosses in the Algerian intelligence bureaus, about dozens of mujahideen who died from contracting the plague. According to their claims, this disease was spread throughout the ranks of al-Qaeda organization and that it will soon cause the collapse of this organization! (…) We wanted to announce that there was no truth to these rumors… We don’t know anything about this so-called plague, because it never happened – other than perhaps in the minds and hearts of those collaborators who falsely carry the title of ‘journalists (Tout sur l’Algerie, January 26; NEFA Foundation, January 28).

A 2003 outbreak of bubonic plague in the Algerian port city of Oran led to 11 confirmed and seven suspected cases of the disease. It was the first confirmed case of plague in Algeria since 1950. A study of the 2003 outbreak notes reports of plague in Algerian records dating back to the 14th century, though the disease has gradually disappeared in the last century for unknown reasons. Nearly all outbreaks occurred in port cities rather than the interior. [1]

It is not impossible for AQIM to have experienced an outbreak of plague or another infectious disease in their rural camps (where conditions are similar to those experienced by the victims of the 2003 plague outbreak near Oran), but the very fact that no legitimate case has been reported suggests that this reported outbreak is unlikely. AQIM, like any militant group, does not exist in complete isolation – there are contacts with local farmers to obtain food, messengers to communicate with other AQIM sections, etc. Despite this, the epidemic does not seem to have spread (if indeed it ever existed). What can certainly be discounted is the possibility of AQIM conducting experiments in weaponizing the plague or other infectious diseases in their remote mountain hideouts.