The Free Lions Movement of Eastern Sudan is reporting airstrikes on arms smugglers along the Egyptian-Sudanese border by French and American warplanes (Al-Mustaqillah, March 23). According to Dr. Mabruk Mubarak Salim, head of the Free Lions Movement and former Secretary-General of the rebel Eastern Front (a coalition of the Beja Congress, the Free Lions and Darfur’s Justice and Equality Movement), the aircraft were acting on intelligence indicating arms smugglers in the area were shipping arms to Gaza. Both the smugglers and several fishing boats are alleged to have been hit in the airstrikes. To date, there has been no confirmation of the report from the remote and sparsely populated region. French and American aircraft operate from a nearby airbase in the former French colony of Djibouti. 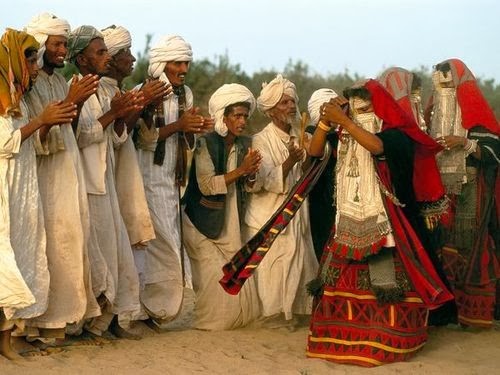 The Free Lions Movement is based on the Arab Rashaida tribe, a nomadic group that moved into the region from the Arabian Peninsula in search of open pastures in the late 19th century. Though traditionally aloof from Sudanese politics, in recent years the Rashaida joined the indigenous Beja tribes of eastern Sudan in rebellion against the central government in Khartoum. The movement operated from bases in Eritrea, which has also become home to members of the Rashaida. An Eritrean-mediated agreement ended the rebellion in 2006. The Rashaida have a reputation for smuggling activities in the remote areas of the Red Sea coast.

A recent report co-written by Yoram Cohen, the former deputy head of Israel’s Shin Bet intelligence agency, and American Matthew Levitt, described an unlikely movement of Iranian arms to Gaza, allegedly supplied by Iran’s Revolutionary Guards: “The arms travel overland to Egypt through a variety of routes that cross Yemen, Eritrea, Ethiopia, and South Africa and eventually meet in Sudan, where they are moved to Egypt’s Sinai desert. After the material enters the Sinai, it is transferred into Gaza via tunnels underneath the Philadelphi Corridor” (Jerusalem Post, March 3). The report was issued only days before the alleged airstrikes. 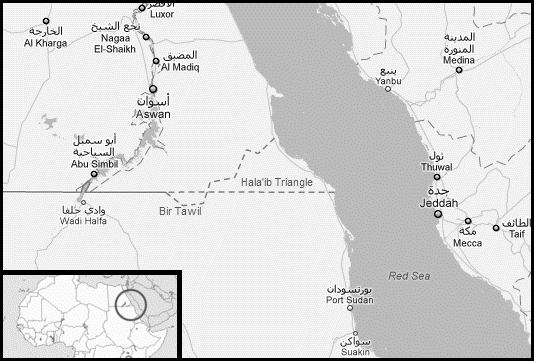 The Egyptian-Sudanese border occasionally makes the news when a long-standing dispute over control of the Hala’ib region flares up. To prevent the region’s Arab tribes from being divided by an artificial border, the 1899 Sudan Condominium agreement allowed for Sudanese administration of Hala’ib, a largely barren and roughly triangular area of 25,000 square kilometers lying north of the border. Sovereignty would remain with Egypt. Since both Egypt and the British-Egyptian Sudan Condominium were both under the effective control of London, the decision provoked little controversy. This would change in 1956, when British-Egyptian rule in Sudan came to an end and a newly independent Sudan began treating Hala’ib as its own territory. Oil was discovered in the region in non-commercial quantities in 1978. Sudan continued to encourage exploration of the region until Egypt occupied the area in 1992 (Middle East Quarterly, March 1994). Among the Eastern Front’s demands was the restoration of Hala’ib to Sudanese control.  Control of the region tends to become a flashpoint during periods of strained relations between the two nations, but there seems to be a mutual recognition that Hala’ib is not worth fighting over.

This article first appeared in the March 26, 2009 issue of the Jamestown Foundation’s Terrorism Monitor