A second Chinese naval taskforce under Rear Admiral Yao Zhilou has arrived in the Gulf of Aden off the coast of Somalia to combat piracy in the area (Jiefangjun Bao Online, April 8). The new taskforce replaces the Chinese Navy’s earlier taskforce, consisting of the multi-purpose missile destroyer DDG-169 Wuhan, the destroyer DDG-171 Haikou (equipped with phased-array radar and the latest long-range air defense missiles) and the Qiandaohu class supply ship Weishanhu (Xinhua, December 26, 2008; China Daily, December 26, 2008). Since their arrival on January 6, the Chinese ships rescued three ships from pirates and drove off more than 100 suspicious vessels while providing naval escorts through the region (Xinhua, April 5). 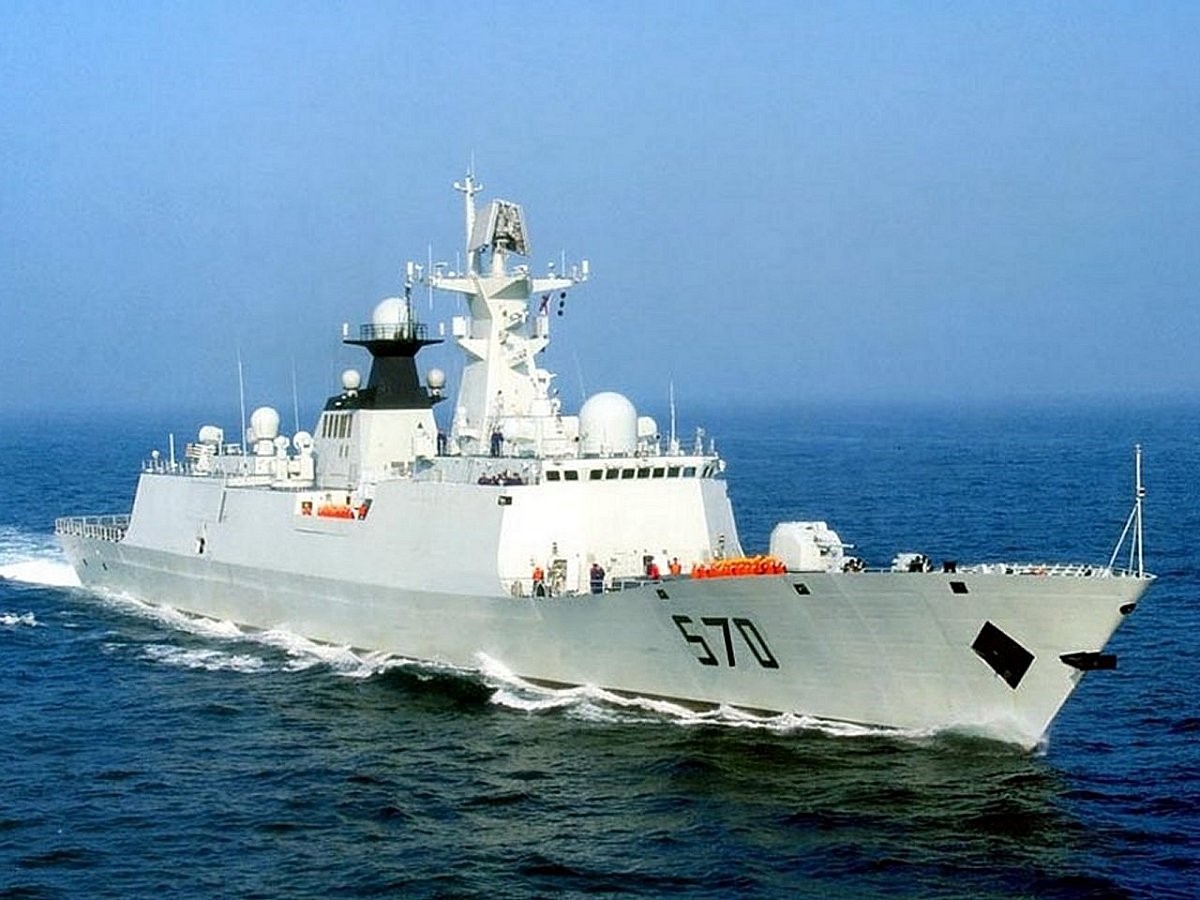 The second taskforce consists of China’s most advanced missile destroyer, the DDG-167 Shenzhen, and the FFG-570 Huangshan, the navy’s latest model frigate, which has a structural design intended to reduce its radar profile (Xinhua, April 2). The new task force also includes two helicopters and a contingent of navy Special Forces. Like the earlier taskforce, all the ships are modern products of Chinese naval yards. The ships belong to the South China Sea fleet, based in the port of Zhanjiang in Guangdong Province. The supply ship Weishanhu will remain in the Gulf to service the newly arrived ships.

More than 1,000 Chinese merchant ships pass through the Gulf of Aden each year. Before the Chinese deployment began, as much as 20% of Chinese shipping in the Gulf was attacked in the previous year. Chinese authorities were no doubt alarmed by the hijacking of a Saudi oil tanker earlier this year off the coast of Somalia. Chinese tankers carry the output of the Chinese oil operations in Sudan from Port Sudan on the Red Sea Coast into the piracy zone in the Gulf of Aden. Chinese oil firms have also signed deals with the autonomous government of Puntland (the base of most pirate activities) to exploit potential oil reserves in Somali waters off the Puntland coast (Financial Times, July 13, 2007; AFP December 19, 2007).

According to Rear Admiral Yao Zhilou, the second mission, expected to last six months, may expand its zone of operations in response to adaptations made by the pirates, including greater coordination, upgraded arms and wider areas of operation (China Daily, April 18).

• Demonstrating the “good image of the People’s Army and the Chinese Navy.”

• Raising the navy’s capacity to carry out a variety of assigned duties (Xinhua, April 5).

The Chinese warships operate independently of the 20-nation Combined Task Force 151 (CTF-151), a UN-authorized anti-piracy naval force. China has pledged to share information with CTF-151 ships and provide humanitarian help to foreign vessels in danger of attack (Xinhua, December 26, 2008). The main concern of the mission is the protection of Chinese merchant ships as well as any ship from Hong Kong, Macau or Taiwan that appeals for protection (Xinhua, March 31; China Daily, December 26, 2008). There was initially some political concern in Taiwan after Chinese authorities reported a tanker belonging to Taiwan’s Formosa Plastics Group had requested an escort from the Chinese naval group, but Taiwan’s Mainland Affairs Council later reported the Formosa Products Cosmos was registered in Liberia and no Taiwanese ships had been authorized to seek protection from the Chinese navy (China Post [Taiwan], January 14).

The Chinese naval deployment offers the opportunity to train naval crews in real-life conditions, gain familiarity with the operations of the foreign naval forces comprising CTF-151 (including American ships) and increase their knowledge of African coastal waters in an area of increasing strategic importance for Beijing. The latter, combined with Chinese involvement in a number of African peacekeeping missions, is resulting in a steady supply of intelligence on areas of Chinese interest in the region.

The importance of the return of the Chinese Navy to African waters after an absence of 600 years was celebrated in a music video produced by the Chinese Navy’s political art troupe (http://v.youku.com/v_show/id_XNjE3NjkyMDA=.html ).  The song, entitled “Make Haste to Somalia,” makes reference to the 15th century Muslim Chinese Admiral Zheng He, who took a Chinese fleet of hundreds of ships to the East African coast:

Make haste to Somalia, cruise the Gulf of Aden
With lofty sentiments, the Chinese navy heads for the deep blue
Braving wind and waves, the warship’s flag flutters,
The Chinese navy, a bright sword to harmonize the ocean.