In a statement delivered on Saudi Arabia’s state-owned Al-Ikhbariyah TV, a former leading member of al-Qaeda in Yemen, now in detention in Riyadh, described the revised tactical and strategic approach taken by al-Qaeda in the Arabian Peninsula, a new organization that combines the Saudi Arabian and Yemeni branches of al-Qaeda (Al-Ikhbariyah TV, March 27). Captured in Afghanistan in 2001, Abu Hareth Muhammad al-Awfi was detained as an enemy combatant in Guantanamo under the name Muhammad Atiq Awayd al-Harbi (prisoner no. 333). In November 2007, al-Awfi was transferred to Saudi Arabia, where he entered the Counseling Program run by Saudi Arabia’s Advisory Committee responsible for the rehabilitation of Islamist extremists. 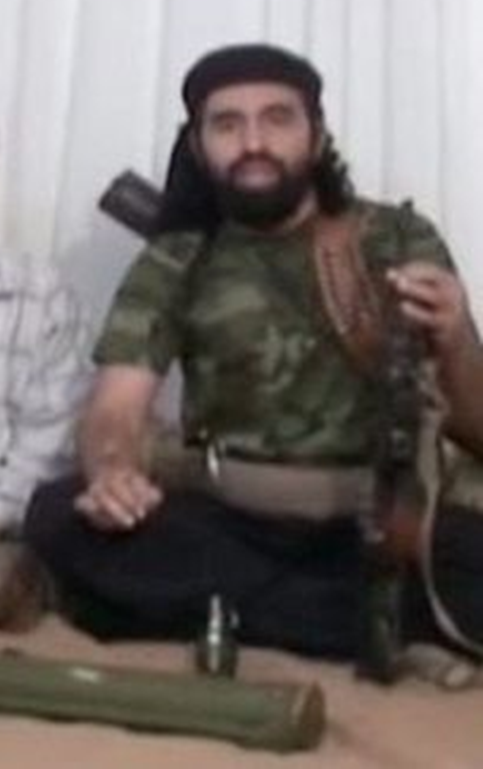 Shortly after entering the program, al-Awfi fled Saudi Arabia along with Sa’id Ali al-Shihri “Abu Sayyaf,” another former Guantanamo Bay prisoner who was transferred to Saudi custody at the same time as al-Awfi. Al-Shihri became the deputy leader of al-Qaeda in Yemen and is a suspect in last September’s car-bombing outside the American Embassy in Sana’a that killed 16 people.  The two men headed for Yemen, mainly because it was accessible in comparison to Iraq or Afghanistan.

In January, al-Awfi appeared in a 19-minute video with three other al-Qaeda leaders to announce the unification of the Saudi Arabian and Yemeni chapters of al-Qaeda in a new organization, al-Qaeda in the Arabian Peninsula. Others in the video included Sa’id al-Shihri, Qasim al-Rimi “Abu-Hurayrah” (military commander) and Abu Basir Nasir al-Wuhayshi, the group’s leader (Al-Malahim Establishment for Media Production/al-Fajr Media Center, January 24). Aside from issuing warnings to the “Crusader states” and the Saudi security services, al-Awfi warned “the brothers in prison” against participating in the Saudi rehabilitation program, run by “the ignorant oppressor Muhammad bin Nayif” and “the liar Turki al-Uttayan.” He accused the latter of heading a “psychological investigations delegation” to Guantanamo to help extract confessions from prisoners there.

Al-Awfi now maintains he did not want to appear in the January 24 video and argued with the leadership over this issue. Eventually he was ordered to appear in a certain place to make the video, but objected to the message he was told to read. Al-Awfi, who claims the message did not represent his viewpoint or ideas, was told to read it without changes because the wording in the message was carefully chosen. After careful reconsideration of the takfiri approach taken by his al-Qaeda colleagues, al-Awfi crossed back into Saudi Arabia and surrendered himself to authorities in mid-February after first contacting a shaykh at the Advisory Committee (YemenOnline, February 17).

According to al-Awfi, the organization decided on a major change in tactics and strategy, moving away from the methods of former Saudi Arabian al-Qaeda leader Abd al-Aziz bin Abd al-Muhsin al-Miqrin (killed June 18, 2004 after overseeing a number of terrorist blasts and kidnappings). The group’s assessment of al-Miqrin’s campaign declared al-Miqrin had blundered by concentrating his forces in Riyadh. In the new strategy al-Qaeda would mount attacks in Saudi Arabia from bases in Yemen, leaving only a small group of 30 to 40 individuals in the southern mountains of Saudi Arabia to carry out small-scale operations such as assassinations and sniping attacks. For major operations, a reconnaissance and surveillance team would enter Saudi Arabia to collect detailed intelligence before returning to their base in Yemen, where the operation would be carefully planned. After a major strike the attackers would slip back across the border into Yemen, exhausting Saudi security forces in a fruitless search within Saudi Arabia. Training was to be aimed at producing fighters who could operate on various fronts, including guerrilla fighting, mountain warfare and jungle fighting (Al-Ikhbariyah TV, March 27).

The sincerity of al-Awfi’s latest act of repentance was questioned by some in Saudi Arabia; one daily newspaper asked, “How much can we trust Muhammad al-Awfi? … It is an embarrassment when terrorists continue to fool us with naïve justifications and stories, then try to destroy us once more” (Jedda al-Madinah, March 30). Noting his rejection of takfiri ideology, a Saudi economic daily noted: “We hope what al-Awfi has revealed would serve as a clear message to those who might think that al-Qaeda was an organization that seeks jihad in the name of God” (Al-Iqtisadiyah, March 28).