A former member of the Islamic Movement of Uzbekistan (IMU), Abubakr Xoldorovich Kenjaboyev, appeared on state-owned Uzbek TV on March 30 to describe the decline of the once powerful IMU.  Kenjaboyev identifies himself as an ideological leader who joined the IMU in 2000 and later left the Waziristan-based group to form a new group opposed to the leadership of IMU co-founder Qari Tahir Yuldash. 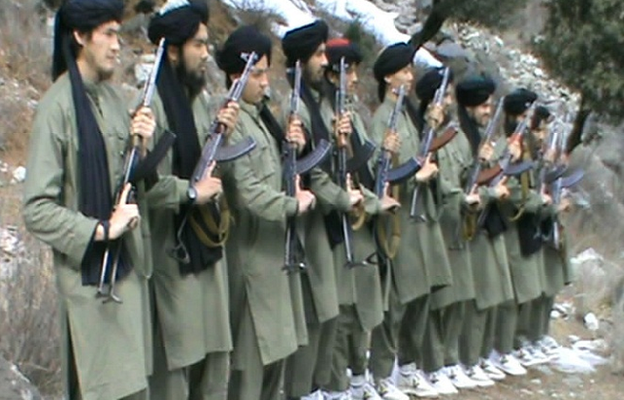 Militants of the Islamic Movement of Uzbekistan (BBC)

As might be expected, Kenjaboyev devoted much of his interview to attacks on Yuldash (or Yuldashev), a radical preacher and sole leader of the IMU since the death of co-founder Juma Namangani in a November, 2001 U.S. airstrike in Afghanistan. Kenjaboyev alleged that Yuldash and his family enjoyed a life of wealth and comfort, unlike the harsh conditions endured by other members of the movement. The refusal of the IMU leader to adopt the three children of Juma Namangani after his death “tells everything about him.”

The former militant said his dispute with Yuldash began when he objected to the Yuldash-approved curriculum of religious instruction and weapons training used in the children’s schools of the IMU camps: “If the children are taught worldly subjects, there is the risk that they may begin realizing what is right and what is wrong. The result could be that the orders of the leaders of the Islamic movement will be defied, especially as the IMU members are decreasing in number now. The idea is that [lost members] will be easily replaced if the children are trained to be militants at madrassas.”

Since its move to Pakistan’s northwest frontier in late 2001, the IMU has steadily lost its political significance and is further away than ever from its goal of establishing an Islamic Caliphate in Central Asia. Stranded in a strange and foreign land with little more than Islam in common with the local peoples, the IMU has been unable to conduct operations in Central Asia and has likewise failed to integrate itself into the local Taliban movement and join the jihad in Afghanistan or Pakistan in any meaningful way. Lacking purpose, some of the exiled fighters have turned to crime, including those who hire themselves out as assassins. Although they continue to find hospitality from some tribal elements in North Waziristan, the Uzbek militants have suffered steady attrition in numbers from attacks by tribal lashkar-s and government security forces.

After leaving the IMU, Kenjaboyev says he passed through Pakistan, Iran and Afghanistan, where he claims he was twice offered the opportunity of leading a U.S.-funded Islamic movement consisting of other former IMU fighters: “They said the U.S.A. was willing to provide every help we would need… The result they wanted was to create conflicts in certain regions… In this way, they tried to use the flag of Islam as a cover to achieve their personal interests.”

Kenjaboyev estimates that only 100 to 150 fighters are left from an original contingent of over 1,000 men. Despite Yuldash’s efforts to create a second generation of jihadis, many of the remaining fighters “are coming to realize that they were wrong.” If the decline in numbers continues, the IMU “will cease to exist by itself.”

Any interview with an IMU militant on state-controlled Uzbek TV is bound to have occurred under strict political supervision. In this sense the content may be less revealing than the decision to bring it to air. The interview may be seen as an acknowledgement by Tashkent that the IMU is no longer an immediate threat to Uzbekistan, a position that was previously maintained by authorities for political reasons.