The leader of an armed Kurdish-Iranian opposition group recently described his group’s continuing struggle for an autonomous Iranian Kurdistan and his views on the future of the Islamist Shi’a regime in Tehran. Details were provided in an interview with Abdullah Mohtadi, the secretary-general of the Komala Party (the short form for the group’s full name, Komalay Shoreshgeri Zahmatkeshani Kurdistani Iran – The Revolutionary Organization of the Toilers of Kurdistan), who spoke from al-Sulaymaniya in Kurdish northern Iraq (al-Sharq al-Awsat, April 1). 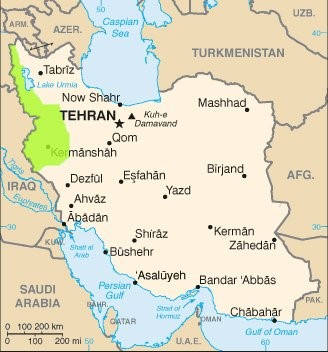 The party was formed in 1969 by Ibrahim Alizadeh to promote an autonomous status for the Kurdish community in Iran. The group took up arms in 1979 as one of a number of leftist groups to oppose the Shah. Since then it has focused on creating an autonomous Kurdish region based on the northwestern Iranian provinces of Kurdistan, Ilam, Kermanshan and Western Azerbaijan, all of which have significant Kurdish populations, as well as Assyrian and Armenian minorities. The four provinces roughly cover the area included in the short-lived Kurdish Republic of Mahabad (1946).

Komala was driven out of Iran and into Iraq in 1983, where they were initially greeted coldly by the Ba’athist regime, though they were later accepted by Baghdad as a card that could be played against Iran. This did not prevent the group from being attacked with artillery and poison gas during Saddam’s anti-Kurdish Anfal campaign in 1988-89. Today Komala has split into a smaller Communist faction intent on preserving the group’s original Marxist-Leninist orientation and a larger and more moderate socialist faction led by Abdullah Mohtadi.

Inside Iran, the party led a brief rebellion in the largely Kurdish city of Mahabad in 2005 but backed down when it realized the revolt was incapable of toppling the regime and would only bring heavy reprisals (Jerusalem Post, August 23, 2007). As a result of this experience, the movement remains an armed force but concentrates on political activities. Estimates of the number of available fighters range from 200 to 1,000. Komala fighters and officials are based in the Kara Dagh mountains outside the Kurdish city of al-Sulaymaniya in northern Iraq.

Secretary General Mohtadi views the creation of a “Greater Kurdistan” or even secession from Iran as “unrealistic,” preferring the establishment of a “democratic, secular, federal Iran” (komala.org, July 3, 2007). The party blames Tehran for a host of ills in Iranian Kurdistan, including “the military occupation of Kurdistan, widespread poverty… the suppression of Kurdish culture, drug addiction, religious suppression, forced migration, imprisonment, terror, torture, and the killing of whoever opposes these tyrannical policies” (komala.org). 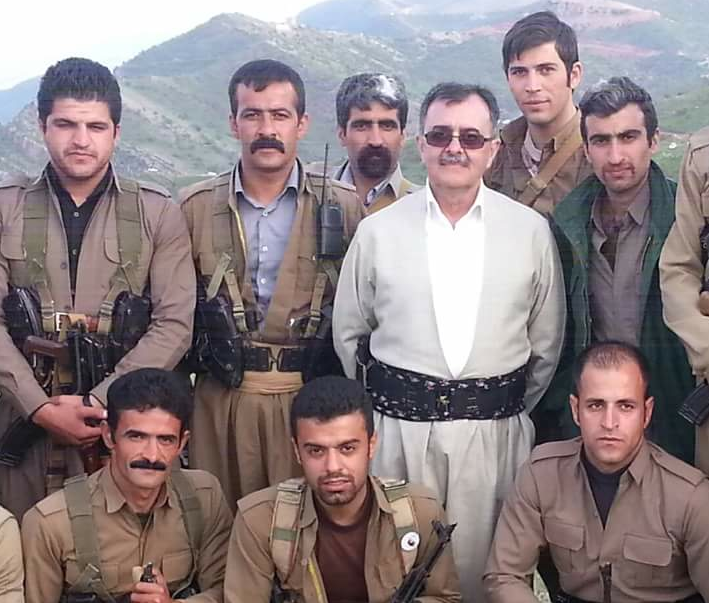 While Mohtadi urged Komala splinter groups to return to the mainstream party during the al-Sharq al-Aswsat interview, he also condemned the activities of the better-known Parti bo Jiyani Azadi la Kurdistan (Party for a Free Life in Kurdistan – PJAK); “PJAK is the other face of the PKK [Kurdistan Workers Party]. It is not an independent party and was not established by the true Kurdish people in Iran. It does not serve the interests of the Kurdish liberation movement…”

Mohtadi opposes the methods and objectives of his fellow leftists in the PKK:

“The problem with the PKK… I mean, the Kurdish toilers have every right to fight for their rights and their freedom. But the PKK as an organization is not reliable. They are very fanatic in their nationalism. They are very undemocratic in nature. They have no principles. I mean, they can deal with Satan. They can fight the Kurds… They have fought the Kurds much more than they have fought the Turks. When you study the history of the PKK, you find out that they have been against every single Kurdish movement in every part of Kurdistan. At the same time they have had good friendly relations with all the states where the Kurds live, where the oppressed live” (komala.org, July 3, 2007).

Komala demanded the overthrow of the Tehran regime in a 2006 manifesto signed by two other Kurdish-Iranian groups, but Mohtadi says the movement no longer wishes to “repeat the Iraqi scenario in Iran by overthrowing the regime.” The Komala leader views the Iraqi decision to expel the Iranian opposition group Mojahedin-e Khalq (MeK) with some alarm, not through any common ideology or objectives, but as a possible precursor to the expulsion of the Iranian-Kurdish opposition groups based in northern Iraq. Mohtadi used the interview to remind Baghdad of the strategic importance of these groups; “The Kurdish forces constitute huge pressure cards against Iran. If these cards are lost, the Iraqi government will not have anything with which to bargain with Iran.” When the Iranian regime “inevitably” collapses, the Iranian-Kurdish opposition groups will have a strong presence on the ground.

Mohtadi maintains that the Iranian reformers led by former President Mohammad Khatami have little chance of taking power after the coming elections in Iran because of the support the current regime has from the armed forces, the Revolutionary Guards, the Basiji paramilitary and the intelligence and security services.