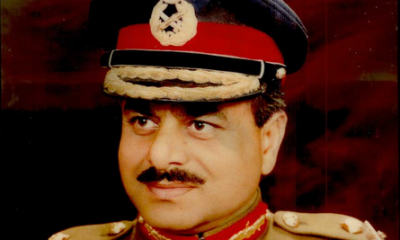 Gul also claimed ISI support for the Taliban ended in 1989, but says he maintains social relations with Afghan al-Qaeda elements: “They are old friends… But it is not true at all to say that Pakistani intelligence officials are now supporting the Taliban movement and that this is their policy. This is incorrect.” One of Hamid Gul’s “old friends” is the leader of the Haqqani Network, best known for its suicide attacks on U.S., Coalition and diplomatic targets. “Jalalludin Haqqani is a personal friend of mine. When I sent my two sons to Afghanistan to wage jihad against the Soviet forces they fought alongside Jalalludin Haqqani’s men. He is a very, very good man.”

Gul described four types of fighters active in the tribal regions of Pakistan:

• “Criminal elements” that fled Pakistan’s cities and have taken refuge in the tribal regions. These are not provided any support by the other mujahideen.

• U.S. Intelligence has established 50 mujahideen units in the tribal areas. These are formed from local and foreign elements and supported by Indian intelligence agencies.

According to Gul, the Pakistani Taliban movement remains loosely organized. “Each tribe is fighting in its region and no tribe crosses to the region of the other tribe. Each tribe has its command structure.” The Tehrik-e Taliban Pakistan (TTP) was formed to improve cooperation, but does not yet control all the various Taliban groups in the region.

Regarding the possibility of al-Qaeda procuring weapons of mass destruction, Gul describes this as “sheer U.S. propaganda” designed to destroy Pakistan’s status as a nuclear power, saying, “The Pakistani nuclear program is the main goal of the Americans.”

This article first appeared in the May 8, 2009 issue of the Jamestown Foundation’s Terrorism Monitor