Shaykh Hamid Abdallah al-Ali, a leading Kuwait-based Salafist preacher and advocate of global jihad, has declared that Islam’s battle in Afghanistan will continue to escalate in the coming days, extending to Pakistan where the “Zionist-Crusader” alliance will use strategies similar to those that have already failed in Palestine, Iraq and Somalia. His analysis was contained in a May 2 article entitled; “Afghan-Pakistani Tight Spot and Zion-American Ambitions” (muslm.net, May 2). The analysis was carried by many jihadist websites. 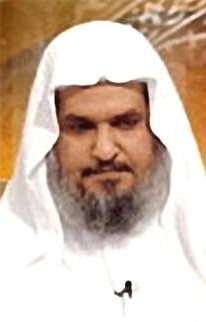 Al-Ali says the most prominent achievement of Tehrik-e-Taliban Pakistan (TTP) leader Baitullah Mahsud has been the rejuvenation of “the jihadist network in Afghanistan, all the warlords from Pashtun [tribes] and the mujahideen from the Punjab district… aligning them under one banner.”  The fusion of trained jihadis, funds and organizational skills has made it possible for Baitullah to strike anywhere in Pakistan. According to al-Ali, the success of the Taliban is based on its ability to win supporters and postpone “secondary disputes” within the alliance.

The Salafist preacher is, unsurprisingly, critical of Shiite Iran. Al-Ali notes that the “Safavids” (Iranians) do not cooperate with Sunni jihad movements, except temporarily to “burn out such movements” in a “wicked scheme.” “What is astonishing in their ambition is that they want a deal that reaches a degree that equalizes them with the international deals the West concludes with China or Russia.” The shaykh suggests Iran will continue to display their ability to cause harm continuously until they are given status alongside the great powers, even if it involves provoking the United States in Latin America (an apparent reference to Iranian relations with Venezuela).

The shaykh suggests that the destruction of NATO supply lines through Pakistan to Afghanistan would be one of the greatest achievements of the ongoing jihad. This would help make the Afghanistan-Pakistan region “a vast and safe camp” for Islamic jihadis. “The Afghan-Pakistani jihad is gearing up to a higher degree, taking advantage of the U.S. exhaustion caused by the Iraqi quagmire, the economic crisis, [and] the widespread American fatigue from external wars…”

Shaykh Hamid Abdallah al-Ali is best known for his 1999 fatwa declaring the government of Kuwait to be composed of disbelievers – legitimate targets for the mujahideen – and for his early 2001 fatwa sanctioning suicide bombings, including those involving the flying of aircraft into public buildings (see Terrorism Monitor, April 26, 2007).

This article was first published in the May 18, 2009 issue of the Jamestown Foundation’s Terrorism Monitor.