Nigeria’s Movement for the Emancipation of the Niger Delta (MEND) made clear its complete rejection of the amnesty program and a peaceful approach to solving the problems of the Niger Delta region on March 15 with a deadly attack on a major post-amnesty dialogue in the Delta State city of Warri. 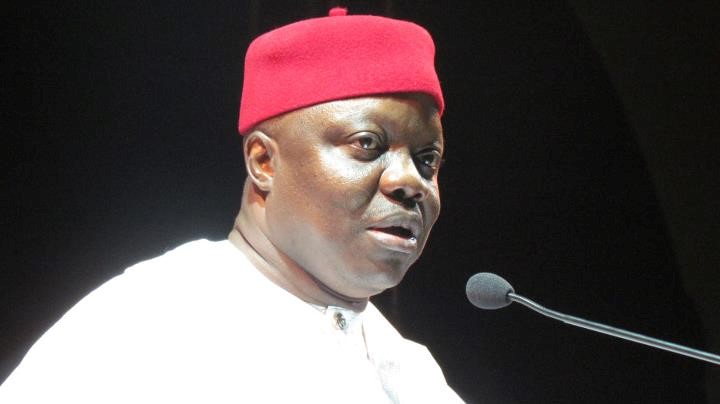 The conference was well attended by government officials (including the governors of four states and a former Chief of Defense Staff) and a number of prominent ex-militants who had taken advantage of the government’s amnesty program. The event, entitled “Restoring Hope in the Niger Delta,” was sponsored and organized by Nigeria’s Vanguard Media Limited.

Two bombs went off at Warri’s Delta State Government House Annex, where the meeting was being held. Though three people were killed and many more injured, MEND insisted that it had called off the detonation of a third bomb that might have caused massive casualties as those attending the event were observed fleeing in its direction. A MEND statement claimed the bombs were set off by remote control by its operatives who later retrieved the unused third bomb and returned safely to base (This Day [Lagos], March 17).

A spokesperson for the Joint Revolutionary Council (JRC), an umbrella group composed of Niger Delta militants, described the bombing as “an act of evil devised from the pit of hell and within the corridors of Lucifer” (This Day, March 17; Niger Delta Standard, March 17). The spokesperson went on to call MEND a “dementia infected cabal” which has “cunningly infiltrated the just and noble struggle for the liberation and emancipation of the Ijaw and Niger Delta struggle.” The MEND attack was the first claimed by the movement since MEND announced on January 30 it would no longer observe the ceasefire to which it agreed in October, 2009. A blast occurred on Shell’s Trans-Ramos pipeline only hours after the January 30 statement, but the movement issued a somewhat ambiguous denial of responsibility (Reuters, February 2; Daily Champion [Lagos], February 10).

With MEND intensifying its struggle by directly targeting government leaders rather than oil facilities, Nigeria’s Joint Security Taskforce (JST) has  begun security sweeps through the region, including a manhunt for MEND leader Henry Okah, who accepted a government amnesty in July, 2009 (This Day, March 18; Punch [Lagos], March 23). The Anti-Terrorism Squad (ATS) is also seeking the movement’s bomb-maker, a native of Anambra State who is alleged to have been contracted by MEND to supply ten bombs (Vanguard [Lagos], March 20).

A MEND statement indicated that the attack was a response to a statement by Delta State governor, Emmanuel Uduaghan, who described MEND and its “virtual” spokesman Jomo Gbomo as “paper tigers.” It was also a reminder of how the “lands of the people of the Niger Delta were stolen by the oil companies and Northern Nigeria with a stroke of the pen” (Daily Trust [Lagos], March 17; March 21). The movement promised to strike at “oil companies across the Niger Delta,” including “companies such as Total which have been spared in the past.  We hope the actions which will follow will persuade Mr. Uduaghan that we exist outside of cyberspace” (Daily Trust, March 17).

Many ex-militants have complained that the government’s amnesty program has stalled as a consequence of the severe illness of President Umaru Yar’Adua, who was the prime mover behind the program. Temporary president Goodluck Jonathan and other ministers have said the post-amnesty program will continue and assured foreign oil companies that the government was “on top of the situation” in the Niger Delta (Port Harcourt Telegraph, March 17). The continuing violence in the Delta is beginning to have a severe effect on oil production and its revenues, on which the Nigerian state is reliant.

This article first appeared in the March 26, 2010 issue of the Jamestown Foundation’s Terrorism Monitor