In a recent interview with an Algerian newspaper, a spokesman for the Tuareg rebel group Alliance Démocratique du 23 mai pour le Changement (ADC) suggested that the Malian government’s failure to implement a two and one-half year-old peace agreement was a direct cause of the growth of al-Qaeda forces in the Tuareg-dominated Kidal region of northern Mali (El Watan [Algiers], January 14). 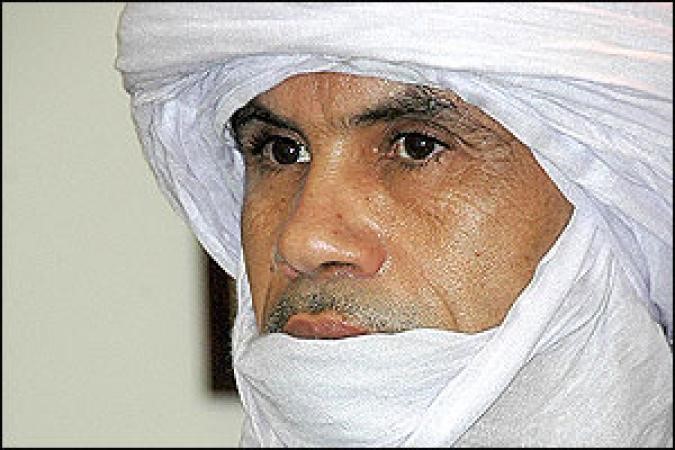 Spokesman Hama ag Sid Ahmed claims al-Qaeda forces in the area have grown from 250 to 800 members in the last year alone. At the same time, the Malian government has little presence in the region despite the commitment of vast sums of money for development projects. The absence of development efforts has been exacerbated by the return of drought to the area. The Tuareg “have a hard time understanding where their money has been spent.” The ADC claims the devastation brought by the drought has been subject to a news blackout orchestrated by Bamako. The result has been a steady alienation of the Malian Tuareg, especially the youth.  The failure to provide development or security appears to the ADC to be a “premeditated wish to push these young people towards drugs, smuggling, or terrorism.” Hama ag Sid Ahmed says he and others have warned young Tuareg against allowing their dissatisfaction with the government to lead them into a trap that will result in their destruction.

According to the ADC spokesman, forces belonging to al-Qaeda in the Islamic Maghreb (AQIM) now consist of 800 full-time members and 200 auxiliary members. Hama Ag Sid Ahmed warns that AQIM’s tactic of kidnapping Westerners in the region has understandably drawn the attention of numerous Western intelligence agencies concerned with terrorism.

The non-Arab Tuareg (a branch of North Africa’s indigenous Berber people) have traditionally been rivals of the Arabs for control of large swathes of the Sahara. Sufi rather than Salafist, the Tuareg have until now had little reason to identify with the dominantly Arab and Salafist al-Qaeda movement. Asked how it was possible for Mali’s Tuareg to allow the growth of AQIM forces in their own region, Hama ag Sig Ahmed explained that such growth was impossible when the Tuareg maintained security in the region before the Algiers Agreement of 2006. Since then, however, Bamako has taken over security for the region under the terms of the agreement, without, however, creating the Tuareg special security units called for by the agreement. While AQIM could not previously have been active in the region without the permission of the Tuareg, the latter have changed from “actors to observers”: “The Tuareg have always wanted to chase the terrorists out of the region, but the army officers prevented them from acting, telling them: ‘These matters do not concern you. You are citizens, stay far away. We will catch the terrorists. That is why we are here, and if you play at being the police we will arrest you.’ That is how the Malian Army reacts each time the Tuareg try to chase the Salafists.”

This article first appeared in the January 21, 2010 issue of the Jamestown Foundation’s Terrorism Monitor