Sirajuddin Haqqani, leader of the dangerously effective and independently operated “Haqqani Network” of Taliban insurgents, terrorists and suicide bombers gave a rare interview to al-Jazeera on January 19. Based in the Miran Shah district of North Waziristan, the network’s operations straddle both sides of the Afghanistan-Pakistan border.. During a January 21-22 visit to Islamabad, U.S. Defense Secretary Robert Gates urged Pakistan’s political and military leadership to expand military operations into North Waziristan, a Haqqani Network stronghold (AFP, January 21). 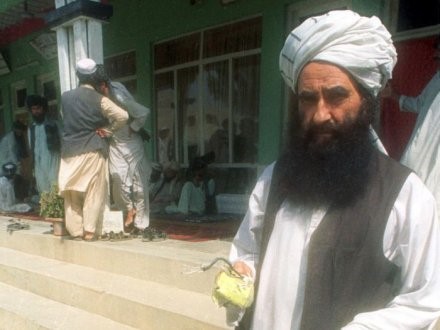 The secretive Taliban commander revealed little about future activities in the short videotaped interview, but the occasion may have marked a decision to take a more visible role in the conflict. Despite being strongly anti-American, Sirajuddin gave an email and telephone interview to the Wall Street Journal last December (Wall Street Journal, January 20). With U.S. forces scheduled to begin withdrawal next year, Sirajuddin may be attempting to increase his political profile, though not his visibility – Sirajuddin covered part of his face with a head cloth at all times during the al-Jazeera interview.  Nevertheless, at one point Sirajuddin appears to complain that his group is not receiving sufficient media attention. “The world is covering up our operations; they know well who we are. I cannot tell you anything before it happens. God willing, the day will come when they will admit who we are…”

Though there have been questions about Sirajuddin’s apparent independence from the core Taliban leadership under Mullah Omar, the Taliban commander insists coordination between the various components of the Taliban is greater than ever:

Thank God, the mujahideen are getting more advanced. The war is now being dictated by them. I can guarantee you that in the future their fighting will be even better. At the beginning of this war the coordination between our fighters was useless, but now there are so many attacks that even we cannot count them ourselves. But it’s still not enough. The future will show what I mean.

Perhaps in anticipation of a Pakistani crackdown, Sirajuddin recently downplayed his activities in North Waziristan, emphasizing that he was concentrating on military operations in Afghanistan’s Khost and Paktika provinces (Nawai Afghan Jihad, November 11, 2009).

Sirajuddin Haqqani is a dominant presence in Afghanistan’s Khost province. It is unlikely that the complicated operation that resulted in a Jordanian triple agent blowing up seven CIA agents and a Jordanian intelligence operative in Khost on December 30, 2009 could have been carried out without his cooperation or approval.

This article first appeared in the January 28, 2010 issue of the Jamestown Foundation’s Terrorism Monitor