Recent talks in N’djamena seem to confirm both Sudan and Chad have realized that their use of proxies in a long-standing dispute is a dangerous game that threatens the existence of both regimes. 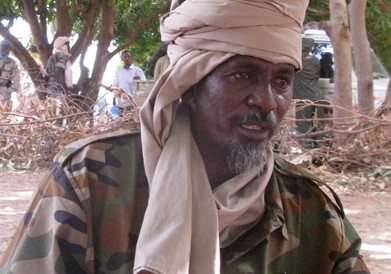 An agreement was reached during talks on January 8-9 that committed both parties to cease the hosting or supporting of armed opposition groups, basically reviving the March 2008 Dakar Agreement between Chad and Sudan (see text at Sudan Tribune, March 18, 2008).  A statement issued by the Chadian Foreign Ministry said N’djamena was prepared to allow all participating bodies, including the Khartoum government, to “verify on the ground the absence of any anti-Sudan presence in Chadian territories” (AFP, January 11). Chad and Sudan have also agreed to stop using their respective media to launch attacks on each other (SUNA, December 29, 2009). The Sudanese Foreign Ministry was adamant that the negotiations were strictly “tactical” and had nothing to do with the ongoing Darfur peace negotiations in Doha.

Sources at the Chadian Foreign Ministry told the French press that a government delegation had been sent to eastern Chad to tell Dr. Khalil Ibrahim that he and his Justice and Equality Movement (JEM) forces would have to leave the country (AFP, January 11). JEM is the most effective opposition group in Darfur and the only one with national aspirations. Its largely Zaghawa leadership has maintained close ties to the Zaghawa president of Chad, Idriss Déby. While the Zaghawa of northern Chad and northern Darfur represent only 2 to 4% of the total population in both countries, they have developed a political and economic importance far greater than their numbers would indicate. A JEM spokesman stressed that the movement was not concerned by the rapprochement, insisting that JEM forces were “in Darfur, not in Chad” (Sudan Tribune, January 12). Nevertheless, JEM and other rebel groups in Darfur draw recruits from the over 250,000 Darfur refugees living in camps in eastern Chad.

Residents of al-Sayah have complained to aid groups that the Chadians were raping, beating and looting locals, mostly members of the non-Arab Berti tribe, as well as helping themselves to scarce quantities of water, livestock, food and firewood without compensation (Reuters, January 11). The United Nations/African Union Mission in Darfur (UNAMID) reported the arrival of the Chadian fighters at al-Sayah on December 3, 2009. The appearance of an estimated 5,000 fighters in some 700 vehicles has put a severe strain on available resources. A Berti appeal to the regional governor to withdraw the rebels was met with a firm refusal, with the governor reportedly saying the rebels were there as part of an agreement to withdraw Chadian opposition groups from the border (al-Sahafa [Khartoum], December 19). JEM deputy chairman Muhammad Adam Bakhit claims the redeployment is designed to make the forces available for the defense of al-Fashir if it is threatened by the Darfur rebels (Sudan Tribune, January 20).

The Chadian forces belong to the Union des Forces de la Résistance (UFR), an umbrella group of rebels based in Darfur. The principal component of the UFR is the Rassemblement des Forces pour le Changement (RFC), whose Zaghawa leader, Timane Erdimi, is also leader of the UFR. Though Timane and his twin brother Tom are nephews of Chadian president Déby and former cabinet ministers in his government, they are now among his strongest opponents. Timane was sentenced to death in absentia in August, 2008. Most RFC fighters are Zaghawa defectors from the Garde Républicaine.

N’djamena and Khartoum have agreed to deploy a joint border patrol designed to prevent cross-border infiltration of armed groups. Enforcement of the terms of the new agreement may prove more difficult for the Chadian opposition groups than JEM. While JEM forces have bases within Darfur, the Chadian groups are based solely in Darfur and only emerge onto Chadian territory to carry out raids. JEM is largely armed from stocks captured from the Sudanese Armed Forces, while the Chadian groups rely on Khartoum for their arms. Expelling these groups from Sudan could result in the permanent loss of a potential asset that could be used against N’Djamena should relations falter once more in the pattern typical of Chadian-Sudanese relations. Khartoum will likely prefer to keep such forces away from the border for the time being and deploy them against Darfur rebel groups to earn their keep.

This article first appeared in the January 21, 2010 issue of the Jamestown Foundation’s Terrorism Monitor