Four Taliban commanders arrested for organizing the destruction of nearly 40 oil tankers at the entrance to the Khyber Pass on March 23 have been released on bail. The tankers were carrying fuel for NATO forces in Afghanistan when six bombs ripped through the parking lot where they were awaiting clearance to pass through the Torkham border crossing. As part of the terms of their release, the South Waziristan Taliban commanders agreed to return 50,000 gallons of fuel and two oil tankers to Khyber Agency merchants and to release two abducted drivers (Daily Times [Lahore], April 17). 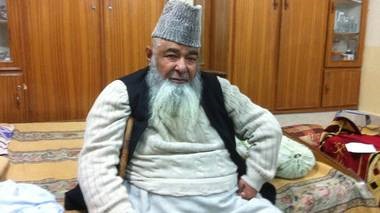 The bail conditions were arranged after a jirga, or council, composed of Waziristan Taliban leaders—including Mir Qasim Janikhel and Ishaq Wazir—and Zakhakehl and Qambarkhel elders met to decide the case. The four accused Taliban commanders all hail from the Janikhel Wazir sub-tribe and include Khalid Rehman. The jirga was held at the home of Javed Ibrahim Paracha, who stated he had been asked to host the meeting by Interior Affairs Advisor Rehman Malik and Interior Secretary Kamal Shah (Daily Times, April 17). The Zakhakel and Qambarkhel elders agreed to withdraw their testimony against the suspects after initially charging them with terrorism.

Paracha was an interesting choice to head the jirga. A lawyer by trade, Paracha has aided many Taliban and al-Qaeda suspects and created support networks for the families of convicted terrorists. Paracha has been imprisoned twice by Pakistani President Musharraf for his political activities and claims to have been tortured by the FBI while incarcerated. According to Paracha, they were unable to coerce him by physical means so they offered him half a million dollars to become a “bridge” between the United States and the Taliban and al-Qaeda (New Yorker, January 28). He was a member of the national assembly from 1997 to 2002 on the ticket of the Pakistan Muslim League – Nawaz (PML-N) and has built two madrassas, where the students are taught that “only Islam can provide the justice they seek” (New Statesmen, March 28, 2005). Paracha is also responsible for promoting sectarian attacks on the tiny Shiite community in his hometown of Kohat and neighboring villages (Daily Times, February 11, 2006).

There are other reports that Paracha was approached by the United States in 2005 to use his links with the militants to act as a conduit between Washington and the Taliban. At first, Paracha confirmed meeting to discuss this with State Department Under Secretary for Public Diplomacy and Public Affairs Karen Hughes and several U.S. military officials at an Islamabad hotel, but later stated that his visitors were “American businessmen who did ask me to help the U.S. ‘reconcile’ with al-Qaida and Taliban leaders in Afghanistan. The businessmen sought my help against anti-American feelings and for a safe exit of U.S. troops from Afghanistan under an agreement” (Daily Times, November 17; 2005; Dawn [Karachi], November 17, 2005; UPI, November 22, 2005).

Meanwhile the main highway supplying Coalition forces in Afghanistan from Pakistan continues to suffer interruptions, the latest being a six day closure last week due to fighting between Lashkar-i-Islam militants and Korikhel tribesmen resisting the militants’ attempt to impose “moral reforms” in the region (The News [Islamabad], April 19).

This article first appeared in the April 23, 2008 issue of the Jamestown Foundation’s Terrorism Focus