Despite claims that “terrorist kingpins” have been eliminated in the secret war being fought in the Adrar des Ifoghas mountains of northern Mali, evidence of such results remains in short supply. Most notable among those allegedly killed in the fighting is Mokhtar Belmokhtar (a.k.a. Khalid Abu al-Abbas), a veteran al-Qaeda in the Islamic Maghreb (AQIM) leader who soared to international prominence as the self-proclaimed organizer of January’s devastating terrorist attack on the Algerian oil facility at In Aménas.

Chadian army chief-of-staff General Zakaria Ngobongue reported that Belmokhtar was killed on March 2 by Chadian troops during a battle in the Ametetai Valley. The Chadians also reported killing a number of other terrorists in the battle and the seizure of 60 vehicles, GPS systems and sophisticated communications equipment (RFI, March 3). 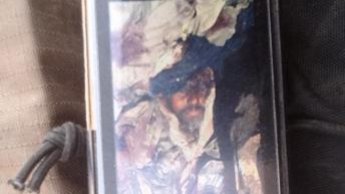 Evidence of Belmokhtar’s death remains slim. Radio France Internationale published a very low quality photo of a mobile phone image (essentially a photo of a photo) of what appears to be the partially revealed and blood-covered face of Belmokhtar, with the rest of the body concealed by a fabric wrapping. The original image was supposedly recorded on the cell phone of a Chadian soldier, though there are now claims that the corpse was actually that of Abd al-Hamid Abu Zeid, another senior AQIM commander (RFI, March 4; March 5; Paris Match, March 4; France24, March 5). Chadian authorities, however, have refused to French appeals for proof of the deaths of the two AQIM leaders; according to Chadian president Idriss Déby: “”It’s in accordance with the principles of Islam that the remains of these two terrorists have not been put on display” (AFP, March 4).

Belmokhtar’s Algerian AQIM colleague and rival, Abd al-Hamid Abu Zeid (a.k.a. Muhammad Ghadir), was reported dead on February 28 (Ennahar [Algiers], February 28). Abu Zeid was the leader of the Tarik Ibn Zayid brigade of AQIM. Algerian security services were reported to have examined the corpse and Abu Zeid’s personal weapon at a military installation in northern Mali, but were unable to conclusively identify the body as his.  The Algerians are now conducting DNA tests using samples taken from Abu Zeid’s relatives in Algeria (El Khabar [Algiers], March 2).

An unofficial posting that appeared on various jihadi websites confirmed that Abu Zeid had been killed, but claimed his death occurred in a French bombardment rather than as the result of actions by the Chadian army. The message also claimed that Belmokhtar was “alive and leading the battles” and would release a statement soon (Sahara Media [Nouakchott], March 2; March 4). Adding to the confusion was a statement from rebel Tuareg of the Mouvement National de Libération de l’Azawad (MNLA) announcing that it had turned over remains believed to be those of Belmokhtar to French military forces, though it was unclear how the MNLA came into possession of these remains (El Khabar [Algiers], March 4).

According to the French military’s chief-of-staff, Admiral Edouard Guillaud, the death of Abu Zeid was “likely, but it is only likely,” while on the death of Belmokhtar the Admiral would only say that he was “extremely cautious” (Europe 1 Radio, March 4). French Defense Minister Jean-Yves Le Drian also had his reservations over President Déby’s claim that Belmokhtar was dead: “We can’t be sure it is him… If the Chadian president can bring us proof, so much the better. If it is true it would be very good news but it would not resolve everything” (AFP, March 6).

MNLA spokesman Hama ag Sid’Ahmed confirmed Abu Zeid’s death on the basis of reports from local notables and the testimony of the three young survivors of the French air raid that hit Abu Zeid’s hideout. However, Sid’Ahmed claims that various notables who know Belmokhtar have reported he is alive and well but has left the combat regions. According to the same sources, Omar Ould Hamaha, the leader of the Movement for Unity and Jihad in West Africa (MUJWA) was still active in the region between Gao and Tessalit (Le Temps d’Algérie, March 5).

The continuing hunt for extremists in the mountains of Kidal and the possible elimination of several top al-Qaeda leaders has raised concerns in France over the safety of the French hostages still being held by AQIM and its allies. There are many rumors regarding their fate, but Admiral Guillaud says the army does not believe the hostages are with the terrorists in their mountain hide-outs: “We think the hostages are not there [where air strikes are taking place], otherwise we would not be carrying them out” (AFP, March 4).

In their search for militants, the French military is using French-built Harfang surveillance drones (previously employed in Afghanistan and Libya) and Atlantique-2 surveillance aircraft. Also in use is the Eurocopter Tiger, a multi-role aircraft that can conduct surveillance as well as carry out airstrikes. However, despite a lack of cover in many areas, AQIM’s gunmen have proved remarkably skilled at disguising their movements and camps in northern Mali. The Tigharghar region of the Adrar des Ifoghas is especially suited for concealment and offers numerous opportunities for ambushes, as the Chadians have discovered. According to a French military spokesman, AQIM has established underground bunkers with pre-positioned arms and food depots in the mountains that fighters can move between with ease (AP, February 28).

MNLA fighters cooperating with French forces in Kidal have begun house-to-house searches for Islamists and are focusing on the residences of members of the Mouvement Islamique de l’Azawad (MIA), a newly formed group of Tuareg Islamists who abandoned Iyad ag Ghali’s Ansar al-Din movement when French forces began advancing into northern Mali (For the MIA and its leader, Algabass ag Intallah, see Militant Leadership Monitor, January 29). The MNLA continues to reject all efforts by the MIA to form a political alliance, saying that the MIA members “bear the scent of AQIM” (RFI, March 3).

Across the border, Algeria has stepped up efforts to prevent Islamist penetration by mounting extra patrols and reconnaissance flights. A multi-arm operational task force has been set up at the military base at Tamanrasset under the command of former Special Forces commander Major General Ammar Athamnia, commander of the 6th military region (Tamanrasset). According to one American report, the United States has also committed resources from the CIA, FBI, the Drug Enforcement Agency (DEA) and the Joint Special Operations Command in the hunt for Belmokhtar and other AQIM warlords (Wall Street Journal, February 11).

So long as France continues to impose a blanket of silence over military operations in the Kidal region it will remain difficult to confirm reports emerging from the bitter conflict being fought there. The idea of Mokhtar Belmokhtar making a last stand, trapped by Chadian and French troops in the rocks of the Ifoghas mountains, seems contrary to everything we know about Belmokhtar, including his dedication to mobility and advance preparation of escape routes and caches of arms and supplies. Belmokhtar also appeared to lack the ideological conviction that was characteristic of Abu Zeid and other AQIM commanders. It is possible that may have changed in recent months, but the answer to that question lies in the true motivations behind Belmokhtar’s attack on In Aménas, motivations that remain poorly understood as of yet. It would seem more likely for Belmokhtar to have made a break from his base at the town of al-Khalil on the Algerian border into Niger and gone on into southern Libya, where Belmokhtar established contacts with local jihadis over the last two years. He may also have sought unofficial help from contacts in Algerian intelligence formed during Algeria’s long “dirty war” against AQIM’s Islamist predecessors. In its need for morale-boosting news after suffering heavy losses in the Ifoghas mountains, Chad’s military leadership may have acted rashly by announcing the deaths of Belmokhtar and Abu Zeid. However, now that the announcements have been made, it has become essential to verify or dismiss these claims in order to formulate the future direction of the counter-terrorist campaign in the Sahara/Sahel region. Belmokhtar and Abu Zeid are too dangerous to be allowed to cast a permanent shadow over efforts to pacify and develop a deeply impoverished region whose problems cannot be solved by sectarian terrorism.