While warlord Shamyl Basayev dominates the headlines of the Chechen conflict, a lesser-known guerrilla leader has worked his way into a crucial position in the Chechen leadership. Dokku Umarov was appointed vice-president in the new administration of President Abdul-Khalim Sadulayev in June 2005. A native of southwestern Chechnya, the 40-year-old Emir has already been entrusted with the command of several fronts beyond his original post in the southwestern sector. Russian Deputy Prosecutor General Nikolai Shepel noted as recently as last July that the northern district “is controlled by Umarov.” 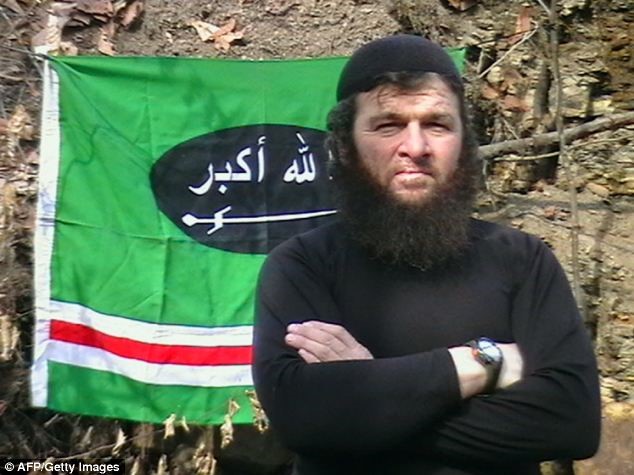 A veteran of the 1994-96 war, Umarov served as security minister in Aslan Maskhadov’s postwar government. Umarov began the current war in 1999 as a field commander working closely with warlord Ruslan Gelayev. After the dual disasters of the evacuation of Grozny and the battle of Komsomolskoe in early 2000, Umarov and Gelayev crossed the mountains into the Pankisi Gorge of Georgia, where they rebuilt their commands. Georgian intelligence reported Umarov leading 130-150 fighters in the Gorge before his return to Chechnya in the summer of 2002 (Civil Georgia, January 20, 2003). Gelayev gave Umarov several Strela missiles, which Umarov’s forces used to good effect against Russian helicopters in the fighting around Shatoi in 2003 (Chechenpress, December 4, 2002).

Gelayev was killed in February 2004 after a disastrous attempt to lead a group of fighters over the mountains of Dagestan into Georgia. After Gelayev’s death, many of his men joined Umarov’s command. Russian security services created a scenario based on the alleged testimony of a prisoner (Baudi Khadzhiev) in which Umarov urged Gelayev to undertake an operation in Dagestan that he knew would be fatal in order to take over Gelayev’s command. The allegation was part of a long tradition of Russian reports about feuding commanders and dissension in the Chechen ranks. Gelayev’s family was quick to point out that their clan and the Umarov family are closely related (an important consideration in clan-conscious Chechnya).

In early February of this year, Russian security suggested that Umarov and Basayev were arranging a meeting of Chechen and Arab field commanders in Grozny to mark the one-year anniversary of Gelayev’s death (Vremya no. 16, February 2, 2005). Later in the month Maj.-Gen. Ilya Shabalkin, spokesman for the Russian command in the North Caucasus, claimed that Russian special forces had destroyed three units of Umarov’s command on their way to Azerbaijan to wipe out Gelayev’s family at a ceremony marking the first anniversary of Gelayev’s death. The family’s alleged declaration of blood vengeance against Umarov provided the motive. The details of this unlikely plot came from the interrogation of a mortally wounded Chechen (RIA Novosti, February 25, 2005). Several Ingush clans have also been reported as having declared blood vengeance against Umarov as a result of deaths suffered in the Nazran operation of 2004.

Like most Chechen field commanders, Umarov has been declared dead on several occasions. In the last year Russian forces have intensified their efforts to eliminate him. In January 2005, he was reported killed in a gun battle with Russian commandos near the Georgian border. In March, Umarov was reported as having been seriously wounded by a spetsnaz assassination team. After stepping on a landmine sometime later, Umarov was reported to have lost a leg, but was only injured. In April, Russian Special Forces destroyed a small guerrilla unit in a seven–hour battle in Grozny after receiving intelligence that Umarov was with them, but he was not found among the dead.

Umarov struck back in an attack on Roshni-Chu in August, but in September the Russian Interior Ministry declared victory over Umarov’s fighters, finding Umarov’s “grave” in the process. In October, Umarov was again reported dead in the raid on Nalchik. In a new tactic designed to put pressure on resistance leaders, masked men in uniform abducted Umarov’s father, brother, wife and baby. Umarov believes those responsible are members of the “Oil Regiment,” a notorious loyalist unit better known for kidnappings than its nominal mission of guarding pipelines.

Chechen Duma Deputy Ruslan Yamadaev suggests that Umarov is currently part of Basayev’s “terrorist wing” of the Chechen resistance, but Umarov distanced himself from Basayev after the latter claimed responsibility for the Beslan outrage (Interfax, March 9, 2005). Only a few months earlier, Umarov had played a leading role with Basayev in organizing the military assault on Nazran in Ingushetia (June 21-22, 2004). Umarov firmly refuted the value of terrorist attacks such as Beslan: “In the eyes of the resistance such operations have no legitimacy,” he said. “We ourselves were horrified by what they did in Beslan” (RFE/RL, July 28, 2005). During the crisis Umarov was repeatedly identified by security services as the leader of the Beslan hostage-takers, a claim that has never been substantiated in any fashion. Umarov emphasized the military nature of his own war: “Our targets—these are the Russian occupation forces, their bases, command HQ’s, and also their armed servicemen from the numbers of local collaborationists, who pursue and who kill peaceful Muslims. We will attack, where we think it’s necessary. Civil objects and innocent civilians are not our targets” (Kavkaz Centre, July 1, 2004).

In May 2005, Maj. Gen. Shabalkin accused Umarov of joining warlord Shamyl Basayev and President Sadulayev in planning a suicide truck-bombing in Grozny. The trio were also said to be planning large-scale civilian massacres in several towns of the North Caucasus by using cyanide “in highly populated areas, key installations and in reservoirs.” A Jordanian emissary of both al-Qaeda and the Muslim Brotherhood allegedly provided the cyanide. Proof of the plot was provided in the form of a photo of a Russian in a white lab-coat holding a vial of clear liquid, identified as cyanide. The strategic advantage the Chechen leadership might hope to gain through committing such outrageous atrocities remains unexplained. The allegations came at the same time Sadulayev was trying in his public statements to distance the resistance from terrorist methods.

Four days after Shabalkin made these allegations, Umarov responded by promising large-scale military activities within Russia before the end of the year. This promise seems to have been fulfilled by the October raid in Nalchik, in which Umarov played a leading role (Chechenpress, May 9, 2005).

Umarov is one of the last veteran commanders from the 1994-96 Chechen-Russian war still alive and active in the fighting. He bears the scars and limp of multiple wounds, but his commitment to the conflict remains inflexible. He regards death in battle as an inevitability, and has publicly expressed his hope that those Chechen men who have not fully participated in the war “will all burn in the fire of Hell!” Although Umarov admits he has grown much closer to Islam during the last decade of conflict, he is openly scornful of suggestions that he is a “Wahhabi” or radical Islamist: “I have a whole [military] front,” he said. “I go along that front and I don’t see people fighting to bring the world Wahhabism or terror” (RFE/RL, July 28, 2005). It is unlikely that Umarov’s new role as vice-president will interfere with his ongoing military operations. These days there is not a great deal of paperwork to do in the resistance government. Nevertheless, the appointment was hardly symbolic, considering the record of three successive violent deaths of Chechen presidents (four including the Russian-backed presidency of Akhmad Kadyrov). In the volatile and dangerous world of Chechen politics, Dokku Umarov now stands next in line for the leadership of the Chechen resistance, barring renewed aspirations for this role by Shamyl Basayev.