Kenya is widely remembered as the site of the 1998 U.S. Embassy bombing that killed over 200 people and cast al-Qaeda into international prominence. The attack was followed by a 2002 suicide car bombing that targeted a hotel popular with Israelis near Mombassa and the attempted destruction of an Israeli airliner. In both incidents, the vast majority of victims were Kenyans. There is, however, a great difference in the perception of the ongoing terrorist threat in Nairobi and Washington. Over Kenyan opposition the U.S. has issued a new terrorist warning for Kenya, damaging the important Kenyan tourism industry. Kenyan officials claim their country is largely free from terrorist threat and is unfairly blamed for its unavoidable proximity to lawless Somalia. 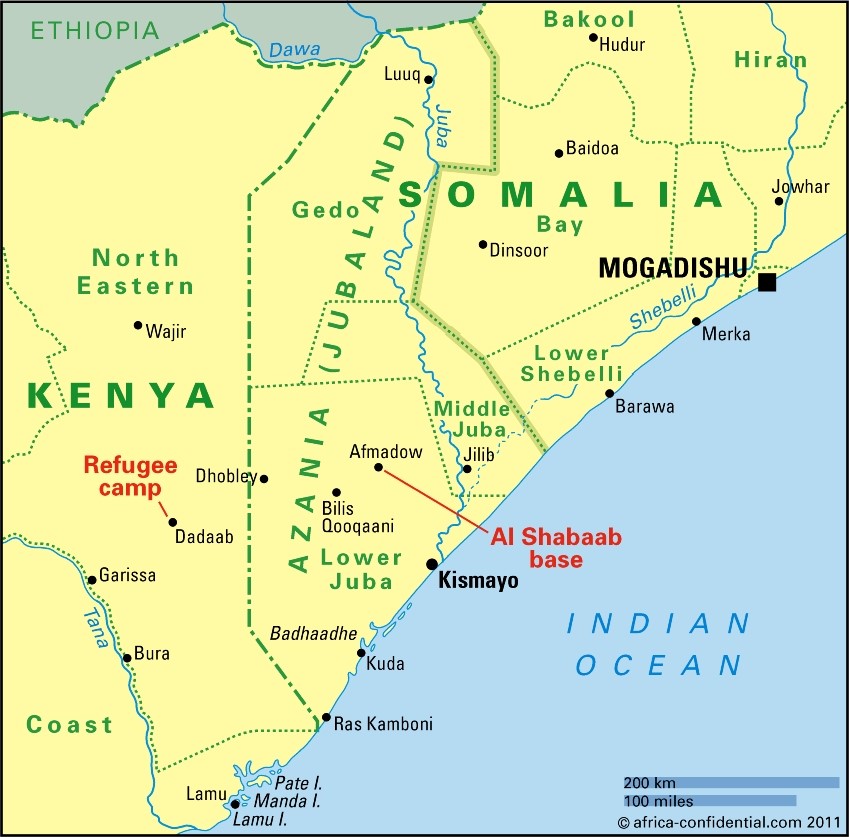 The warning cites “continuing terrorist threats and the limited ability of the Kenyan authorities to deter and detect such acts” (U.S. State Department, December 30). One day after the warning was issued Kenyan Internal Security announced they were intensifying their search for suspected al-Qaeda members. Of special interest are two Mombassa-born Kenyans, Ahmad Salim Swedan and Salah Ali Salah Nabhan, both indicted in the U.S. for leading roles in the 1998 bombing and suspected of planning the 2002 attacks. Nabhan is believed to be living in Mogadishu. Kenyan security officials claim that al-Qaeda is active in the country only through infiltrators from Somalia. Muslims constitute about 10 percent of Kenya’s population and are a majority in the port city of Mombassa.

U.S. and Israeli officials are highly displeased with the June 2005 acquittals of seven suspects brought to trial on conspiracy charges in the 2002 hotel bombing. Charges of planning a new attack on the U.S. Embassy in Nairobi in 2003 were dropped. The lack of convictions has fostered perceptions the U.S. that the Kenyan government is not serious about terrorism.

Despite the development of well-trained counter-terrorist forces, large areas of the sensitive Somali-Kenyan border remain poorly administered and beyond the operational range of conventional Kenyan police or their anti-terrorist squadrons. The recent seizure of a rocket launcher and ammunition by the poorly equipped Administration Police (AP) was the result of solid police work following a tip that weapons were being brought across the border. Without radios or other communications equipment, an AP constable had to wait two days to hitch a ride from a UN vehicle to the closest regular Kenyan police detachment to report the arrest (The Nation [Nairobi], January 3). With drought and a growing food shortage in the region there are fears of large-scale movement of nomads across the border that may be exploited by members of the al-Qaeda connected al-Ittihad movement. There are also security concerns in Mombassa, where the port security chief was recently murdered when he failed to accept a bribe to stop investigation of a large container-theft syndicate. A Kenyan MP and his family are being investigated in the killing (The Nation, January 4).

The U.S. occupation of Iraq is unpopular in Kenya, and the renewal of the terrorism advisory has been widely condemned by government and the media. The United States maintains a counter-terrorist force in Djibouti (known as the Combined Joint Task Force for the Horn of Africa) that has participated with Kenya in combined military exercises designed to combat regional terrorist activity. Although further security assistance has been offered to Kenya by both the U.S. and the EU, persistent corruption at all levels of government is hindering international cooperation and threatens foreign aid.

This article first appeared in the January 9, 2006 issue of the Jamestown Foundation’s Terrorism Focua