In August 2006, the Russian Interior Ministry (MVD) announced changes in the security structure of the North Caucasus that would dissolve the Regional Operational Headquarters responsible for counter-terrorism, replacing it with a series of local operational headquarters in the Southern Federal District led by MVD officers. The order ensures that operational control of the region’s security element will remain under centralized MVD leadership even as the Kremlin pursues a planned withdrawal of temporarily based federal troops of the Defence Ministry and soldiers of the Interior Ministry from the region (Delo, St. Petersburg, August 26, 2006). 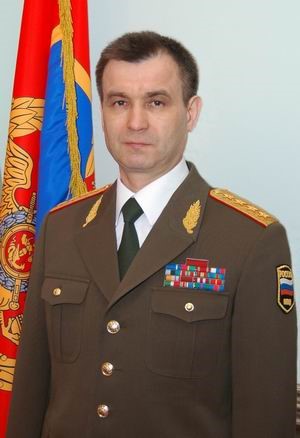 Russian Interior Minister Colonel-General Rashid Gumarovich Nurgaliyev will head the new network, with direct administration handled by Deputy Minister General Arkadi Yedelev. The Ministry cites significant improvements in security since the death of Chechen warlord Shamyl Basaev in July, but the administrative reforms are unwelcome in the pro-Russian Chechen government, which seeks to take responsibility for its own security.

The MVD Takes Over

Russian counter-terrorism operations in the North Caucasus have been plagued by overlapping responsibilities and jurisdictions amongst the many security agencies at work there, most notably the FSB (successor to the KGB), the GRU (military intelligence) and the MVD, all of which have a historical tendency dating from Soviet days to deal with each other as rivals rather than as allies.

The scandalous failure of the security services at Beslan finally brought home the need for coordinated activity in the Caucasus. In December 2005, a parliamentary commission found that Nurgaliyev had sent warnings to the North Ossetia MVD warning it of terrorist attacks just prior to the Beslan massacre. The finding contrasted with widespread calls for Nurgaliyev’s resignation for his on-the-scene management of the disastrous response of the MVD and other security units to the mass hostage taking.

Born in 1956, Nurgaliyev is a Volga Tatar and the highest-ranking Muslim in the administration of the Russian Federation (AIS Update: Nurgaliyev was reported to have converted to Orthodox Christianity sometime in 2006 – http://www.islamnews.ru/news-8292.html ). After joining the FSB in 1981, Nurgaliyev made a career in that organization, picking up a Ph.D. in economics along the way. His appointment in March 9, 2004 to head of the Interior Ministry was expected to herald a series of much-needed reforms, but the new minister carried out few changes in his first year. Nurgaliyev has come under attack from Russian human rights activists for his ministry’s use of random and unproductive violence, illegal detentions and a “cynical abasement of human dignity” (Kavkazky Uzel, October 5, 2005). His predecessor, Boris Gryzlov, was sacked after the tragic mishandling of the Nord-Ost Theatre crisis in October 2003.

In October 2005, Nurgaliyev described widespread corruption in MVD police forces as a threat to the nation’s internal security and damaging to the public’s trust in the security apparatus. Police procedure was described as ‘rife with violations’ including falsification of data (RIA Novosti, October 26, 2005). Nurgaliyev outlined some of the difficulties preventing efficient Interior Ministry operations in a speech last year: “The expertise of the militia [police] offices and interior troops has not been able to meet modern requirements. Working for militia forces has not become prestigious, which leads to the considerable turnover of employees, a weaker professional backbone and fewer people eager to take up vacant positions” (MVD website, August 28, 2005). The conscripts of the MVD militias are notoriously low-paid, almost ensuring corruption as first, a means of survival, and later as a means of enrichment.

The Russian Ministry of the Interior is responsible for public security tasks, emergency relief, narcotics control and the prevention of internal disorder. Nearly all police agencies in Russia come under MVD control. The Ministry also maintains its own army, the “Vnutrennie Voyska” (Internal Corps), a lighter-armed version of the armed forces of the Defence Ministry. There are also Special Purpose Detachments of Militia (OMON), which have handled much of the fighting in Chechnya, as well as the elite Special Rapid Reaction Units (SOBR).

In the North Caucasus there are twelve Operational Management Groups (GrOU), all commanded by MVD colonels. Each GrOU includes MVD, Defence Ministry and Emergencies Ministry personnel, with the MVD commander subordinate in terrorism matters only to the local governor. Under the administrative reforms, the GrOU groups have been removed from local control and are now attached to the MVD’s regional operational headquarters. Governors no longer head counter-terrorist operations in their republics, but are now part of the operational headquarters under MVD leadership.

Part of the reforms spring from the creation of the National Anti-Terrorist Committee (NAK), which includes General Nurgaliyev and is headed by FSB chief Nikolai Patrushev. (RIA Novosti, March 7, 2006) According to an MVD spokesman, “After the creation of NAK, which will deal with the task of countering terrorism on a country-wide basis, the necessity of maintaining parallel regional structures disappeared.” (Kommersant, August 22, 2006)

Nurgaliyev has promised a more intelligent war against the “international terrorists” he suggests are trying to create “acute crisis conditions” to precipitate the break-up of the Russian Federation (RIA Novosti, February 16, 2005). The Interior Ministry is exploring new methods of fighting the insurgents in the North Caucasus, including the creation of databases, the monitoring of nearly 200 websites, sting operations, more critical analysis and the elimination of financing networks for armed groups.

He added, “[Modern terrorism] is not just a military movement. It is also an ideological, social and moral phenomenon. So we should fight accordingly–not just with force but psychological, ideological and economic instruments, too…Law enforcement agencies will not weed out the ideological roots of crime, terrorism and youth extremism if they use nothing but force to fight against these phenomena” (Rossiiskaya Gazeta, September 29, 2005).

The Interior Ministry chief is also interested in expanding cooperative security efforts between the MVD and its equivalent ministries in the CIS. In April 2005, Nurgaliyev used a meeting of CIS Interior Ministers in Minsk to announce the successful prevention of attacks by a Central Asian based terrorist organization through the cooperation of the Interior Ministries of Russia, Kazakhstan, Tajikistan, and Uzbekistan (Interfax, April 21, 2005).

After a meeting with Chinese authorities in March 2006, General Nurgaliyev announced that large-scale joint counter-terrorism exercises would be held with Chinese Special Forces in the Southern Federal District of Russia (including the North Caucasus) in the spring of 2007. (RIA Novosti, March 7, 2006) The first Russian/Chinese joint military exercises were held only last year. Chinese security personnel—39 agents in 2005—are now receiving training in Russia (RIA Novosti, March 1, 2006).

The MVD currently maintains about 25,000 troops in Chechnya, mostly in the 46th Brigade of Interior Ministry troops. Other permanently based federal units include the 42nd mechanized infantry division and about 3,000 FSB Border Guards (deployed along the border with Chechnya). Earlier this month Nurgaliyev approved the withdrawal of MVD support and logistics units from Chechnya in 2007-08. Under a plan long in development, conscripted troops will be phased out by January 1, 2007, and will be replaced with contract servicemen (ITAR-TASS, September 1, 2006). With MVD police and troops a main target of insurgents across the North Caucasus, recruitment remains a problem. Nurgaliyev admits that there were over 100 attacks on MVD forces in 2005, with 60 men killed and 120 wounded. Some 200 MVD men have been killed in Dagestan alone in the last four years (Nezavisimaya Gazeta, August 22, 2006).

The reorganization means that the pro-Russian Chechen government of President Alu Alkhanov and Prime Minister Ramzan Kadyrov has still not been entrusted with control of counter-terrorism operations on their own territory. The two leaders are seeking the complete withdrawal of federal forces from the republic, insisting that security can be easily maintained through the four battalions of Chechen government troops. Two battalions (Vostok and Zapad) answer to the Ministry of Defence while the other two (Sever and Youg) are under Interior Ministry command.

Centralizing control of counter-terrorism efforts under the MVD indicates the Kremlin’s reluctance to enhance the authority of Chechnya’s pro-Russian leadership even as they declare counter-terrorism operations are coming to an end in the republic. Dragging the Interior Ministry from its culture of institutionalized corruption will prove a formidable task. Shamyl Basayev’s terrorist operations routinely exploited this weakness in Russia’s MVD. Nurgaliyev is already believed to be on borrowed time as MVD chief after President Vladimir Putin publicly criticized the Interior Ministry for rampant corruption and inefficiency last February. Whether the often-methodical Nurgaliyev has the energy to create such a radical transformation in Russia’s security structures remains to be seen.