A Turkish military offensive in the ethnic-Kurdish provinces of southeastern Turkey began in mid-September. Turkey’s autumn campaigns against the militants of the Kurdistan Workers’ Party (PKK) usually do not begin until October, but the current campaign is designed to reinforce Turkey’s position in negotiations with Iraq over the elimination of PKK bases in northern Iraq. The offensive also delivers a message to Turkey’s U.S. ally, which has been reluctant to move against PKK bases in Iraq. According to Turkish Land Forces Commander General Ilker Basbug, “the U.S. should understand and see that it is not time for words, but for action” (Today’s Zaman, September 25). Turkey’s armed forces, the Turk Silahli Kuvvetleri (TSK), have until the end of October (when winter weather sets in on the mountainous border region) to destroy or capture the 1,500-1,900 PKK militants believed to be in Turkey. 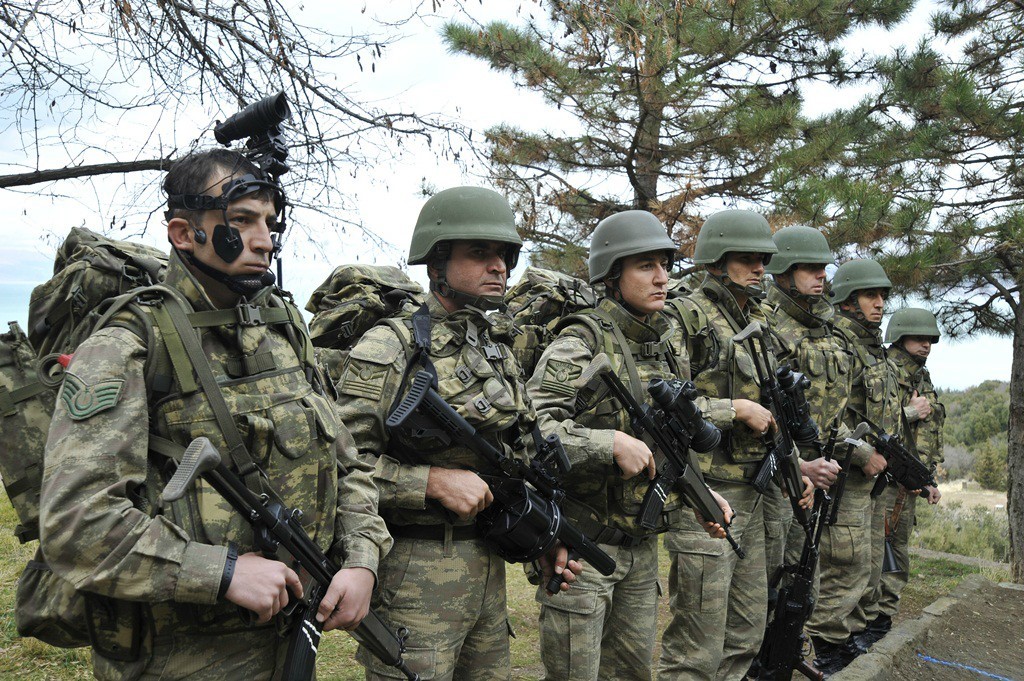 Large-scale TSK operations are underway in Sirnak, Siirt and Hakkari provinces, where “interim security zones” were established in early June. Up to 40,000 men are deployed, mostly from the Turkish paramilitary Gendarmerie, working under Gendarmerie regional commands. Turkish troops are also conducting “search-and-destroy” operations with the support of helicopter-gunships in the southeastern provinces of Bitlis, Diyarbakir, Bingol and Tunceli. The Gendarmerie is destroying hidden supply depots that would otherwise sustain the roughly 1,000 PKK fighters that might remain in Turkey during the winter rather than take refuge in the PKK bases in northern Iraq.

Cross-border shelling into northern Iraq’s Erbil and Dahuk regions may be intended to cut off PKK escape routes. Thousands of Iraqi Kurds are reported to have been displaced by the shelling (Today’s Zaman, September 27). Iran’s Republican Guard has also been shelling Kurdish targets in Iraq’s Sulaimaniya province for several weeks now. If the PKK fighters can be eliminated or driven from Turkey’s eastern provinces before the winter starts, they may not pose much of a threat by spring if Turkey’s simultaneous diplomatic offensive is successful.

The PKK has responded to the offensive with landmines, car bombs, suicide bombings and attacks against security posts using small arms and rocket launchers. According to General Basbug, typical PKK operational units are 7-8 members in size, smaller than the groups of 20-30 militants common in the mid-1990s. Kurdish websites describe 13 straight days of fighting in Sirnak, Hakkari and Siirt provinces in September (ROJ TV, September 26). Nearly 30 PKK militants have been killed since the operation began, while the PKK claims almost the same number of TSK killed.

The Turkish Gendarmerie operates under the control of the army, while its law enforcement role is under the minister of the interior. The Gendarmerie is responsible for border patrols and internal security (especially in rural areas not served by other police forces). Special operations units of the Gendarmerie have been deployed to Diyarkabyr and other Kurdish centers, with more units in training. Together with selected TSK units and agents of the National Intelligence Agency (MIT), the Gendarmerie will try to negate the PKK’s territorial advantage by flooding the region with federal security forces, flushing PKK operatives from their hideouts to force them into open confrontation with superior Turkish forces (Today’s Zaman, June 14). Unfortunately, the Gendarmerie’s offensive coincides with the release of a new book by a retired Gendarmerie colonel who describes faking fire-fights to intimidate local Kurds, and the deployment of bearded units of fake PKK members in Hakkari province during the 1990s (Bya News Centre, September 26). The revelations would seem to confirm allegations of “false-flag” operations by Turkish security forces in the region during that period.

Turkey is phasing out the use of conscripts in counter-terrorism operations in favor of a professional force of volunteers. The move is in part a reaction to a popular perception in Turkey that TSK casualties are largely the result of insufficient training for conscripts. Under the new plan, six commando brigades will be drawn from highly trained professional soldiers to operate in southeast Turkey and along the Iraqi border. The TSK’s two existing Special Forces mountain commando brigades (Bolu and Kayseri) are an important element in most counter-terrorist operations in southeastern Turkey. Human rights organizations have accused the mountain commandos of numerous human rights abuses during the large-scale operations of the mid-1990s.

The TSK is also attempting to reform the controversial “Village Guards,” a local militia force accused of many human rights abuses, including the deployment of “death squads” to terrorize civilian Kurds in the 1990s (New Anatolian, September 22). The Village Guards and their intelligence agency, JITEM, have been called up to assist the Gendarmerie in the current campaign with their knowledge of local conditions. Often acting as guides for the TSK, they are sometimes exposed to retributive attacks as a result. Last week, 12 people, including seven Village Guards and their relatives, were killed in Sirnak province when PKK fighters ambushed their minibus (Reuters, September 29). A few days earlier, the same Village Guards had been involved in tracking down and killing Nazan Bayram (aka Nuda Karker), a female militant and senior PKK commander.

On the political front, the interior ministers of Turkey and Iraq concluded a new security arrangement in Ankara on September 28. Following up on last August’s Memorandum of Understanding between Turkey and Iraq, the security agreement is intended to deal with the problem of cross-border movement by Kurdish militants. Provisions for cross-border “hot pursuits” of PKK suspects were dropped from the final agreement after strong opposition from the Kurdistan Regional Government (KRG) threatened to stalemate negotiations. Such provisions would have deprived the PKK of sanctuaries close to the Iraqi-Turkish border, a prerequisite for effective Turkish anti-guerrilla operations.

Before the ministerial meeting, northern Iraq’s KRG issued a statement declaring the PKK and its Iranian-Kurd offshoot Party for a Free Life in Kurdistan (PJAK) illegal organizations. The KRG “doesn’t consider these two organizations to be a part of political life in Kurdistan” (Peyamner News Agency, September 24). The KRG opposed the security agreement, however, forcing a change to the terms and the exclusion of the “hot pursuit” clause. Nevertheless, the agreement forms the basis for future cooperation while defining Iraq’s responsibility for suppressing terrorism. The deal also contains provisions for the arrest and extradition to Turkey of PKK members. To assist Iraqi authorities, Turkey has provided the names of 150 PKK members wanted for terrorist offenses from the 3,600-4,000 PKK militants Ankara claims are based in northern Iraq (Hurriyet, September 25).

In conclusion, Baghdad and Washington continue to urge Ankara to deal directly with the autonomous KRG, something the Turkish government refuses to do. The KRG statement declaring the PKK and PJAK illegal is clearly intended to invite bilateral discussions with Turkey on security issues. In the meantime, the ongoing offensive satisfies calls from the Turkish public and the armed forces for the Justice and Development Party (AKP) government to take action against terrorist threats. The arrival of winter, which usually enforces a pause in PKK operations, may give the Ankara, Baghdad and Washington governments time to arrive at a diplomatic solution to the PKK problem.

This article first appeared in the October 5, 2007 issue of the Jamestown Foundation’s Terrorism Monitor