As Dr. Mahmud al-Aghasi (a Kurdish-Syrian preacher better known as Abu al-Qaqa) left an Aleppo mosque after Friday prayers on September 28, an assassin stepped out of a car and opened fire with an automatic weapon. The controversial preacher received mortal wounds to the head and body, while three others were wounded. 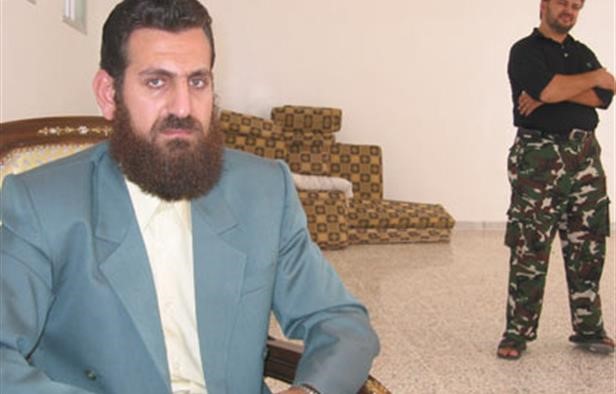 Little information on the case has emerged from the normally secretive and tightly controlled Syrian state. Most of what is known comes from al-Qaqa’s own followers in Ghuraba al-Sham (Strangers of Greater Syria), some of whom chased the killer for two to three kilometers before apprehending him. Al-Qaqa’s deputy, Samir Muhammad Ghazal Abu Khashabah, claims to have received information that the assassin was a member of a takfiri group (Salafi Muslims who declare other Muslims infidels) and had been released just recently after having been taken into U.S. custody in Iraq three years ago. Abu Khashabah also suggested that the gunman and his driver were recruited for the job by foreign (i.e. American) interests in Iraq (al-Jazeera, September 28; al-Watan, September 30; al-Hayat, October 1).

Sources in the Syrian security apparatus report that the suspect was a Syrian in his 20s and well known in Aleppo. Personal reasons were discounted as a cause for the murder by the sources, who noted that the accused was “a collaborator with the Americans” (al-Watan, September 30). Thousands of al-Qaqa’s followers attended the funeral of the 34 year-old ethnic Kurd near Aleppo on September 29. A Syrian flag on his coffin and the attendance of numerous members of the Baathist Party suggested that the deceased had closer ties to the Syrian regime than to the radical Islamist community.

Abu al-Qaqa is suspected of having played a major role in facilitating the entry of foreign fighters into Iraq through Syria. There were also apparently conflicting accusations of ties to al-Qaeda and/or Syrian intelligence. Although elements of the U.S. popular press enthused over the death of a “leading al-Qaeda member,” al-Qaqa was highly critical of Osama bin Laden’s methods and organization, describing the latter as a creation of the CIA. According to his deputy, Abu Khashabah, the preacher had been threatened by al-Qaeda and various takfiri groups due to al-Qaqa’s development of a “moderate trend that did not segregate between Sunnis and Shiites” (al-Hayat, October 1). Many of the fighters al-Qaqa is alleged to have funneled into Iraq were Saudis (Gulf News, October 2). In the wake of his death, al-Qaqa’s movement remains adamant that the preacher only provided guidance for young jihadis eager to fight in Palestine or Iraq.

Abu al-Qaqa was frequently criticized by Syrian opposition parties, some of which suggested he was an agent of the Baathist regime. At times, there seemed to be little effort to disguise al-Qaqa’s links to Syrian intelligence. The preacher moved freely around Syria with bodyguards whom many believed were supplied by one of Syria’s four main intelligence agencies. Al-Qaqa gave regular sermons at Aleppo’s al-Tawabbin mosque, something normally done only with the permission of Syria’s Al-Awqaf Ministry (al-Watan, September 30). At one point, al-Qaqa even suggested unifying the religious and security establishments in Syria (al-Rai al-Aam, June 14, 2006). Various mujahideen internet forums warned against dealing with the preacher, accusing al-Qaqa of working for Syrian intelligence or U.S. authorities. Although these types of accusations are common in the covert world, appearance can sometimes be as good as reality. Syria is now trying to act as a sponsor to the armed Sunni opposition in Iraq (including former Baathists), but suspicions in Iraq surrounding al-Qaqa’s loyalties might have necessitated his removal to advance the new policy.

Abu al-Qaqa’s death might also be related to accusations that he supplied Syrian-trained fighters to Fatah al-Islam militants inside Lebanon’s Nahr al-Barid refugee camp. Al-Qaqa’s role in the 106-day battle that ended on September 2 is difficult to confirm but is widely believed in Lebanon, where he has been referred to as the “Godfather of Fatah al-Islam” (Naharnet-AFP, September 29). A captured Fatah al-Islam militant claims that Syrian intelligence aided the organization in infiltrating Lebanon (al-Akhbar, October 3; Daily Star, October 4). These fighters were allegedly on their way to Iraq when Syrian intelligence diverted them elsewhere after deciding to close the pipeline for foreign jihadis in Iraq

Another theory suggests al-Qaqa abandoned his allegiance to Syrian intelligence in favor of employment by the Americans, a move that appears almost suicidal in view of the close monitoring given to the preacher by Syria’s efficient security services. Abu al-Qaqa made revolutionary changes in his message and lifestyle about a year ago that created new suspicions about his activities. Up to that point, members of the preacher’s movement bore the beards and traditional clothing typical of Arab Islamists. Suddenly, al-Qaqa issued a fatwa encouraging his followers to adopt Western clothes. Having sheared most of his once enormous beard, al-Qaqa donned a suit and gold watch and began to drive expensive cars and conduct business from pricey Damascus hotels. The source of al-Qaqa’s sudden wealth remains uncertain.

It is not inconceivable that the United States could have been involved in the preacher’s death, especially if it is believed that al-Qaqa continued to be an important link in the supply of foreign fighters to the insurgency in Iraq. Extraterritorial assassination has become a weapon in the security operations of countries like Russia and Israel and its usefulness has been much discussed in U.S. security circles in recent years. There is, however, no official confirmation of the allegations that the suspect was recently in U.S. detention.  Considering al-Qaqa’s erratic behavior, inconsistent political views and his almost certain involvement in the murkier depths of covert intrigue, it is quite likely al-Qaqa’s death will become one of the many unexplained deaths associated with the war on terrorism.

This article first appeared in the October 16, 2007 issue of the Jamestown Foundation’s Terrorism Focus