The future of the Sudan may lay in Abyei, a relatively small district on the border between Sudan’s North and South. Its status as part of either North or South Sudan will be determined in a plebiscite on January 9, held simultaneously with a referendum in the South that is expected to lead to the secession of the Southern provinces. Though the Abyei region is rich in high-quality crude oil, a conflict with the potential to ignite a new round of civil war may actually be fought over grazing rights. 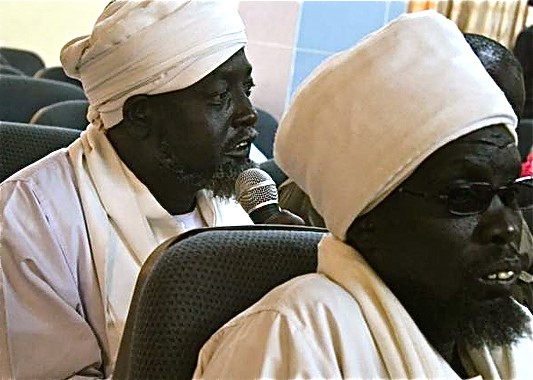 Sitting atop the Muglad Basin, Abyei is one of Sudan’s most productive regions for high-quality oil production.  It is also home to the agricultural Ngok Dinka tribe, closely related to other Dinka clans in the South Sudan. However, for up to eight months a year it is also home to the nomadic Missiriya Arabs, part of the Baqqara (cattle-herding) Arab group that dwells in southern Darfur and southern Kordofan and takes its herds south for precious water and grazing during Sudan’s dry season (Asharq al-Awsat, August 6, 2009).

Abyei’s troubled status began in 1905 when the Anglo-Egyptian administration of Sudan transferred the “area of the nine Ngok Dinka chieftains” from the southern Bahr al-Ghazal province to the northern province of Kordofan. Relations between the Ngok Dinka and the Missiriya were amicable until the outbreak of the 1956-1972 North-South civil war, when the Ngok Dinka sided largely with the southern Anyanya separatist movement. When the war resumed in 1983, the Ngok Dinka again sided with the Southern opposition, this time in the form of the Sudanese People’s Liberation Army/Movement (SPLA/M).

Beginning in 1965, the Missiriya and other Baqqara Arabs were armed by Khartoum, forming mounted units known as the Murahileen. These militias raided the southern civilian population in SPLA-controlled territory, carrying out atrocities and kidnappings with a free hand. Though relations between the southern agriculturalists and the nomadic Arabs had always been uneasy, this strategy opened an irrevocable gulf between the two communities in the Abyei region.

Clashes occurred in the region in 2007 and 2008, when the town of Abyei was effectively razed to the ground by government-allied forces. The borders of Abyei were redrawn by an international arbitration tribunal in 2009 to neither side’s satisfaction, though the most productive oil fields were separated from a diminished Abyei and attached to the northern Kordofan province (RFI, July 22, 2009). The final status of the region is to be determined in a January 2011 referendum to be held simultaneously with the referendum on Southern independence, but a referendum commission has yet to be organized and there are still disputes regarding who is eligible to vote (Sudan Tribune, September 30; PANA Online [Dakar], September 24). With a vote for southern separation looking like a near certainty, the Missiriya fear that they will lose access to their traditional grazing lands. In this sense they are at odds with the National Congress Party of President Omar al-Bashir, which is willing to lose tribal grazing lands in favor of retaining oil fields.

As the plebiscite approaches and the question of whether the Missiriya will be allowed to vote on Abyei’s future remains unresolved, the rhetoric of Missiriya leaders has grown more incendiary. According to Missiriya chief Mukhtar Babo Nimr, “We will use force to achieve our rights and we will use weapons against anyone who tries to stop us from voting in the referendum… If they don’t meet our demands then we will set everything alight. If that leads to war then so be it” (Reuters, September 29). The Missiriya have prevented the demarcation of the new tribunal-ordered borders and the summer was marked by demonstrations organized by both the Njok Dinka and the Missiriya, as well as a number of attacks on villages by gunmen. Arop Madut Arop, a parliamentarian from Abyei, noted the southern peoples of Abyei “may take up arms. Their people in the SPLA/M may defect and go and join them and suddenly the northern army will also come in [and] within a few days, Sudan is back to war” (IRIN, July 8).

This article first appeared in the October 4, 2010 issue of the Jamestown Foundation’s Terrorism Monitor